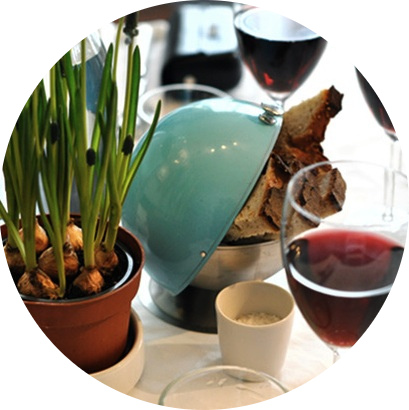 Rachel Khoo is one of Paris’s most exciting ‘food creatives’. Since moving to Paris to pursue her love of French pastries at the Le Cordon Bleu school, she has combined her technical culinary training with her design flair in a plethora of cooking projects.

Rachel, how would you describe yourself in three adjectives?

What is your connection to France? And what is France to you?

How do you always manage to keep your red lipstick smudge free and your apron clean?

Not wearing a white apron helps. Wiping your hands on a tea towel tucked into your apron instead of the apron, keeps your apron cleaner for longer too. And the secret to smudge free lipstick; a matt red lipstick and not licking your lips too much.

How did your passion for French food develop?

Out of curiousity. I wanted to know the secret to making the buttery, flaky croissants and the other sweet delicacies. Pâtisserie was more of a mystery than French cuisine.

What, do you think, sets French food apart from that of other countries?

The history of French food and its world wide reputation goes back hundreds of years. Also despite living in a capital city, quality French (opposed to foreign) produce is accessible to almost everyone (not just for people who have a bulging purse). Still having the possibility to shop at the local fresh food market and small shopkeepers/specialists is one of the things I enjoy most in Paris. In comparison to London where that kind of shopping is something more exclusive due to the expense.

Do you have any hints that you can give our members in relation to food in France – what to try and what to avoid? How to approach it?

I always say try everything at least once, even if it may sound a little weird. There were a lot of things I didn’t eat (offal, boudin noir, raw meat, oysters) before I moved to France but I’ve been pleasantly surprised. So much so I actually really enjoy some things I used to hate eating such as boudin noir. 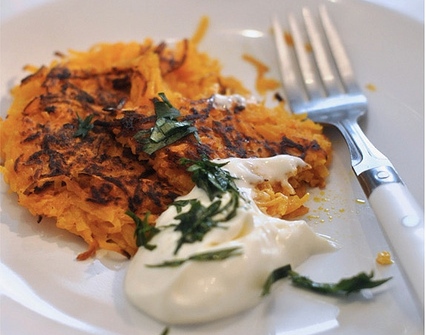 How did you get started as a chef? What were the challenges of getting into Le Cordon Bleu and obtaining your pastry degree?

My parcours (journey) to becoming a chef is not very traditional. During my studies at Art college in London I assisted on food shoots which got me interested in working with food. For one reason or another, after I graduated I ended up in fashion PR and marketing. After a couple of years of that I had enough and decided to move to Paris to learn how to bake cakes.

To be honest the only entry requirements for Le Cordon Bleu is being able to pay the expensive fees. The difficult part is keeping up with the intense pace of learning all the different culinary techniques and terms. Pâtisserie unlike cuisine is more science (cuisine you can rely a lot on your intuition). You have written two cookbooks and are working on your third. What will this one be about? Has the process of writing them changed (e.g. has it got easier or more difficult)?

The third cookbook is a take on the classic French dishes but putting a fresh spin on them. I’m not one to be too serious in the kitchen, so basically I’ve been having a little fun playing around with the classics and not following too many rules.

Each cookbook comes with it’s own challenges. Probably the hardest thing about writing a recipe is knowing when to stop testing.

Inspiration for me come in many different forms; travelling, going to the market, eating out or even just going for a walk around my neighbourhood or local park.

How would you describe ‘La Petite Cuisine à Paris’?

My Little Paris Kitchen where I test and cook recipes for my cookbook and get people to come round for lunch to try it out.

What is the highlight of your culinary projects thus far?

I do culinary projects all over the world and the most interesting part is being able to meet different people, some who I would never normally meet. 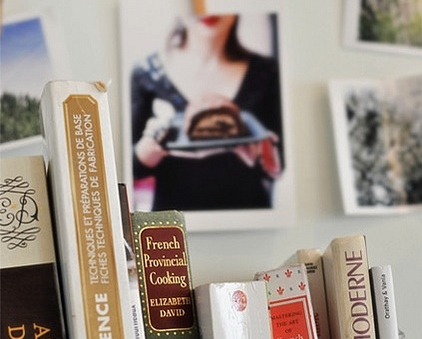 How do you think the internet, cooking shows and movements like ‘le Fooding‘ are changing the French culinary scene?

I think the media definitely play a role in getting people interested in cooking and introducing them to new cuisine. I’ve noticed that there seems to be more and more foreign/exotic and fairtrade produce available at the local supermarket which ten years ago wouldn’t have been the case. What are your favourite French meal and wine?

Being able to say what my favourite French meal or wine is, is pretty impossible. Food for me is all about how you feel or what you crave. For instance a chilled glass of Rosé from Provence is the perfect antidote to a hot sticky summer’s evening but doesn’t particularly go down well on a cold winter’s day (a steaming bowl of beef cheek pot au feu and glass of deep red Burgundy wine). I do have a particular soft spot for cheese.

Which is your favourite market in Paris?

Rachel, thank you for taking the time to speak with us at MyFrenchLife™. We really enjoyed getting to know you and we would love to, one day, sample some of your cooking in The Little Paris Kitchen!

What’s your favourite classic French dish with ‘a fresh spin’? Or are you more of a fan of a delicate French sweet? Let us know in the comments below!