A Guy’s Guide to Culture: A Quadriplegic Takes On The Artist 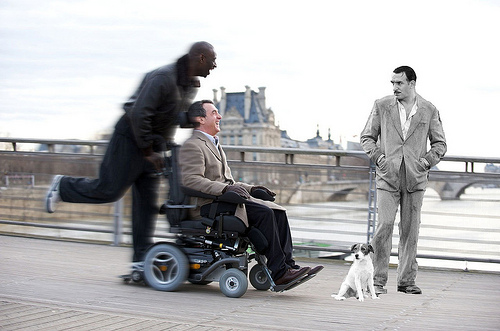 My own mash-up picture of The Artist and Intouchables (Untouchables).

There’s a movie you’re going to start hearing about all over the place so I don’t need to waste your eye juice talking about it here.

The Artist will garner the Academy Award nomination for best foreign film or best real film and, dollars to croissants, it will win. Mark my screen captioned words, critics are going to drool like frat boys on Free Beer Night at the Crazy Horse over this movie. They’ll dub it a ‘modern masterpiece’ because it’s an old-style movie and the great unwashed will flood to see it because it’s a silent film and everyone wants to say they saw a French Film they understood. 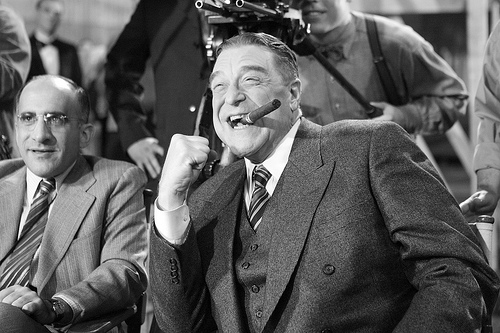 John Goodman in The Artist

Perhaps The Artist’s biggest advantage is that there’s nothing to hate about it. This is a cute, rags to riches, feel good fluff slow-mance you can pat yourself on the back for taking the kids to and it even co-stars a dog.

Why will you love it? You will love it because: 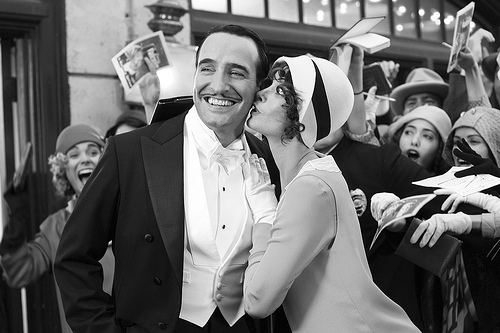 Jean Dujardin and Bérénice Bejo in The Artist

What’s wrong with that? Absolutely nothing. You just don’t need me to talk about it, is all.

The thing you are going to hear about from me is a different French movie that’s breaking all kinds of records here in Paris and the rest of the country. The title of this blockbuster, en français s’il vous plait, is Intouchables and with my mad translating skillz I’m going to translate it as ‘Untouchables’. 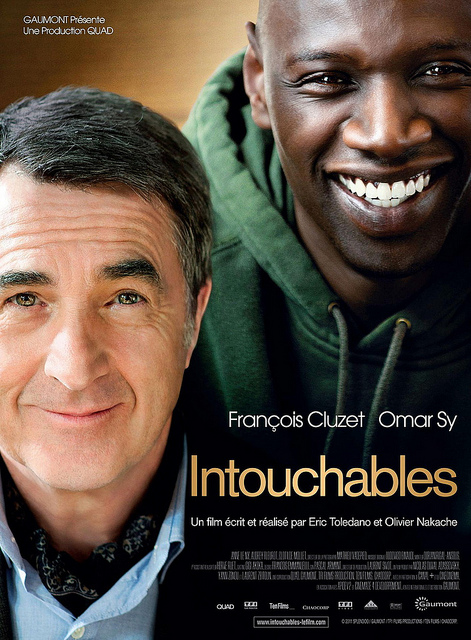 Without giving up any spoilers it’s the story of a young, impoverished, smoking hot black guy who goes to work as a caregiver for a quadriplegic gadjillionaire. The reason I don’t want to give anything away is that I’m sure this movie is going to find a distributor in whatever country you live in and you’ll be able to go to a small university art house to watch it and if you have the chance you not only totally should, you’d better. Here’s the how and why of why you better.

Like The Artist, Intouchables is very American for a French flick. It has dialogue, for example. Plus, the dialogue isn’t some obscure, existential discourse symbolizing the relation of the royalty to the clergy in post-inquisition rural France—it’s about stuff normal people care about. What’s more, there is even a beginning, middle and an end to the movie. Can you believe it? A French movie with a story line! Mon dieu, it’s a miracle that script writers nationwide don’t throw up their stylos (along with a variety of half-digested stinky cheeses) in protest and hit the streets for a cheap wine fueled riot.

What I’m saying is that you don’t have to be European or an intellectual to get this movie. The guys will like the humor, which includes sex jokes, drug jokes and, you better believe rock and roll jokes. They will also like the chemistry between Omar Sy and François Cluzet but will get into even more the chemistry of ginger Audrey Fleurot by herself because her compounds alone are explosive enough to make any man unstable. 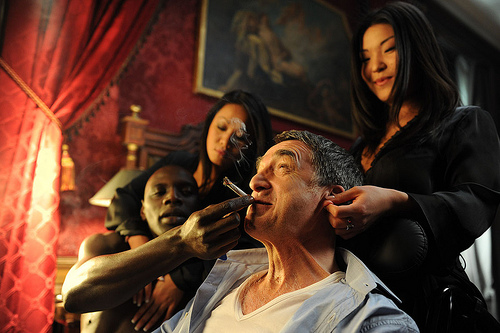 Don’t get me wrong, though, Intouchables makes a great date movie. The fairer sexy will be impressed it’s a French movie (“ooh la la, we’re so intellectual”) but even more impressed by Omar Sy who is ripped or buff or whatever it is you ladies say to refer to men that look like I could have if I’d been born black, thin and muscular.

Bottom line: If you have to choose between them, Intouchables is less of a “pure, heartwarming instant classic that will uplift your spirit” so it’s a way better movie. If, however, by some massive stroke of luck you have the chance to see both, you’ll be doing yourself a favor on both counts. 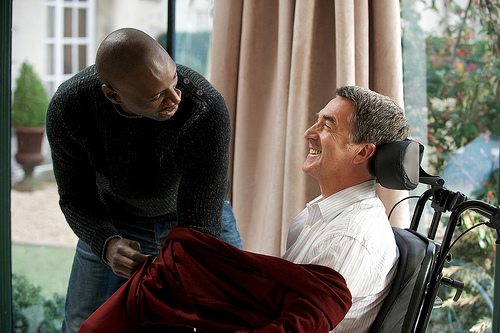 But enough about me. While I have you here, what is your favorite French movie?

This is the second article in the series ‘A Guy’s Guide to Culture’ by Paul Prescott. You can read the first article, ‘Jean-Jacques Kantorow and Pierre-Alain Volondat Play Schumann’ here.

September 16, 2021, 01:08 am
Jessica on le franglais: stuck between two languages
"Love this analogy of a house and its different rooms - so appropriate!" Read more September 9, 2021, 07:31 am
Kameela on Learning French with French Films: living in French #5
"Before moving to France. I started watching French films ,listening to French music and reading..." Read more