A Guy’s Guide to Culture: Creatures 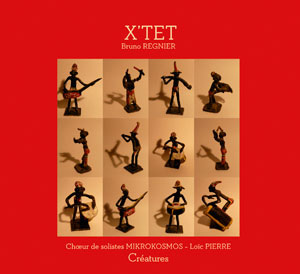 I’ll try anything once, and that’s just one of the many things I have in common with all the arty types here in Paris. The inability to afford French cigarettes and a belief the day starts at night are others, but the only commonalities you should be worrying about now are that artists and I will try anything once and we were all in deep at The Balzac the other night.

It was a ‘Creature’ feature where X’Tet (Bruno Regnier’s jazz ensemble) was grafted onto the Mikrokosmos Chamber Choir in some kind of unholy half classical / half beast – a wild Jazzical that broke out and ran free verse down the aisles. Fortunately, I was able to tame the savage beat by furiously scribbling a secret coda in the following musical notes. 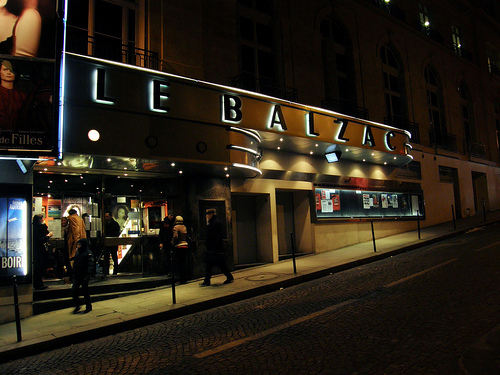 8:40 The X’Tet and lots of guys in black (the Mikrokosmos Chamber Choir) enter. Is this a funeral or a concert? If I wrote their posters, they’d be all like: Mikrosmos, Putting the ‘Fun’ back in ‘Funeral’.

8:43 They’re going to preform ‘a movie’ that I have to imagine. Sounds like it’ll be a lot of work on my part. Maybe I should buy my ticket with money they have to imagine.

8:45 Chamber choir performing with a full jazz ensemble—taking experimentation out of the lab and throwing it up on stage for all to see. Nice, if a little overly jazzed for my tastes.

8:46 Here come the vocals. They sound like backing vocals in a 70s variety act. Kind of takes me back … to my dad’s life before I was born. Very nice, actually.

8:47 People clapped at the wrong time. I did this in one of my first concerts, so now I really like it when other people do it because I feel vindicated. Plus, it helps me spot the classical virgins.

8:51 African thumb piano. You know what would be cool? If there were two thumb pianos. Then they could have dueling thumb pianos. Uh-oh, the woman in front of me is laughing and it’s not at my joke.

8:53 The movie I’m painting in my head with this music is a 1974 horror flick when they realize the baby is really Satan’s spawn.

8:59 Cool cartoon music played by a drunken orchestra for an original 1940s Walt Disney animated feature called The Jungle Booze. No, Lady is a Tramp. Wait, hold on, The Arrested Cats.

9:03 Two poems combined. ‘Ruminations’ and ‘Massacre’. Diverse. Like ruminations during a massacre. Good beat, but I can do without the choir. Or, maybe that’s the ‘massacre’ part.

9:14 The kind of jazz I love. The Miles Davis / Gil Evans cool Sketches of Spain soulful style that makes you believe God came back as a trumpet after he died. 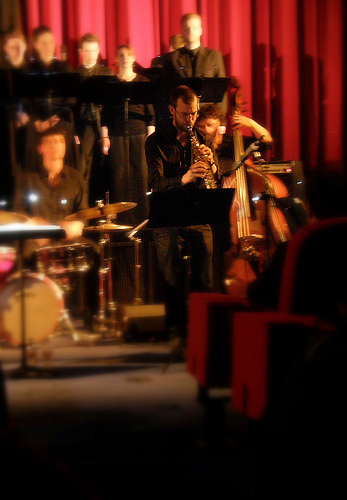 9:44 Drum solo that isn’t working. I can tell because all good drum solos make me want to get a tattoo.

9:56 This show makes me appreciate the specialness of an evening in Paris. It’s just one of the million unique happenings happening unbeknownst to most behind closed doors on every dimly lit street in the City of Light. 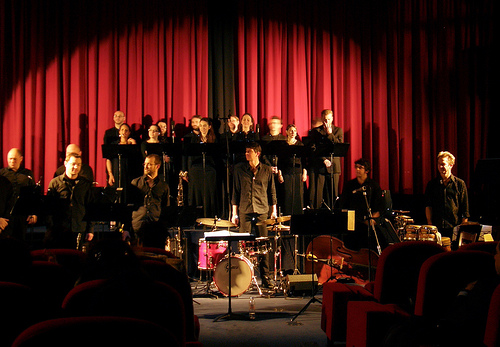