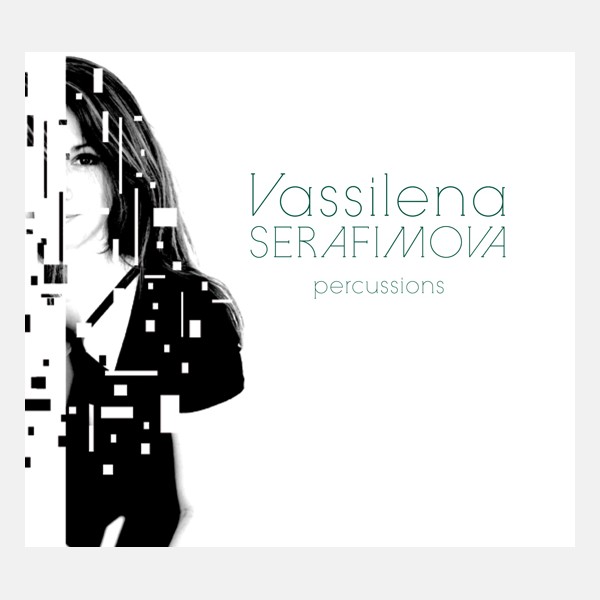 In my rock-concert-going days, ‘drum solo’ were the words I feared most. They meant that the interesting members of the band were going backstage to get ‘drunker’ and that the drummer had to mark the best time of their life with a monotonous banging that sounded how my head felt.

Well, Ms Serafimova is not your author’s rock and roll, in fact she’s not even rock and roll at all. This charming percussionist put on a whole show of jazz and classical drum solos that kicked it in all the right places and helped me make my peace with drummers. 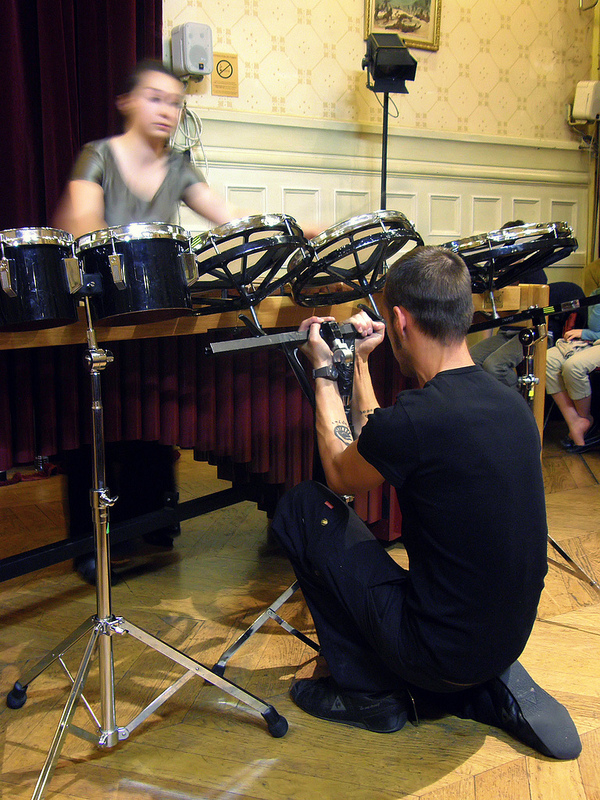 20:48 The percussionist started without saying a word.

20:50 I bet she’s like the Keith Moon of Classical Music.

20:52 She freaking plays the xylophone with a cello bow! Remember Jimi Page’s guitar solo in the Led Zeppelin concert film ‘The Song Remains the Same’?

20:53 A drum set fell over so a Classical roadie came out to hold it up. From ‘The Song Remains the Same’ to ‘This Is Spinal Tap’ in one song or less. 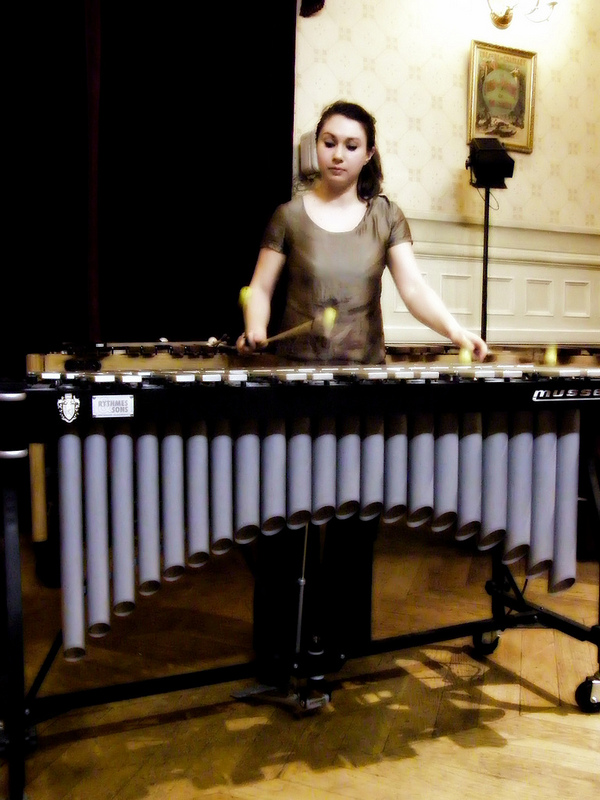 20:54 This music reminds me of the jazz noises during a 70’s detective show at the ominous part.

20:59 More fun than the music is watching her flow around the xylophone as she plays.

21:04 She went from the wooden xylophone to the metal ones. They sound like one doorbell that is too long and too loud and I’m not getting it. 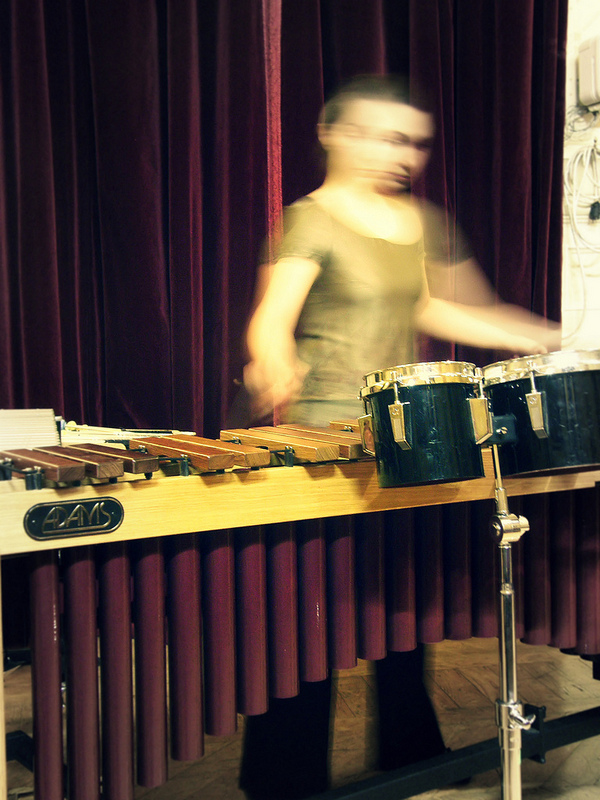 21:08 The best thing about being a percussionist is no one really knows when you screw up. Not really…

21:12 She rolls her r’s when she speaks. A Slavic accent? She certainly is more comfortable playing than she is talking. She’s saying her CD was written by jazz friends and she’ll finish with Bach, who didn’t make the cut onto her disc. Guess he wasn’t a close enough friend. Or hip enough. (Must’ve been before ‘Baby Got Bach’.)

21:17 I just checked the program. She’s Bulgarian and her name is ‘Vassilena’. A note to you Bulgarian parents out there: please don’t name your daughters ‘Vasselina’. Of course, that answers my question about how she got into percussion—she went through her whole life beating on things. 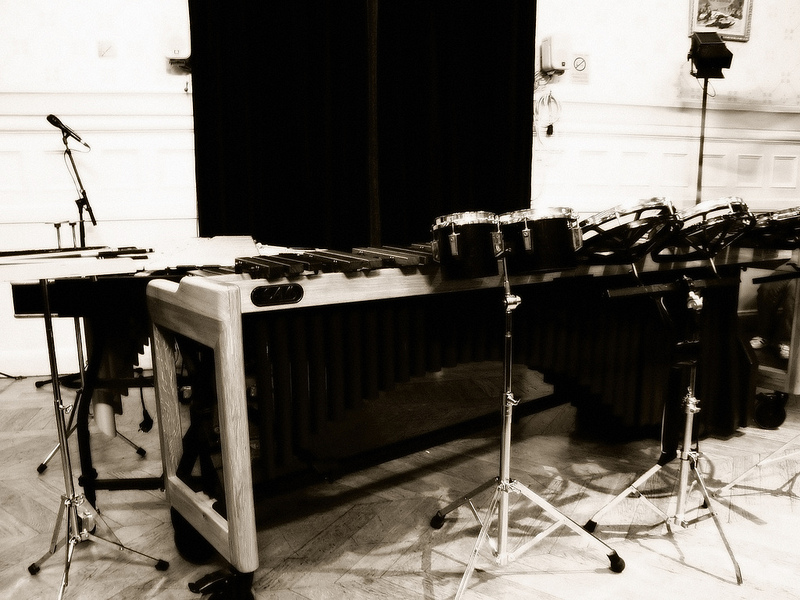