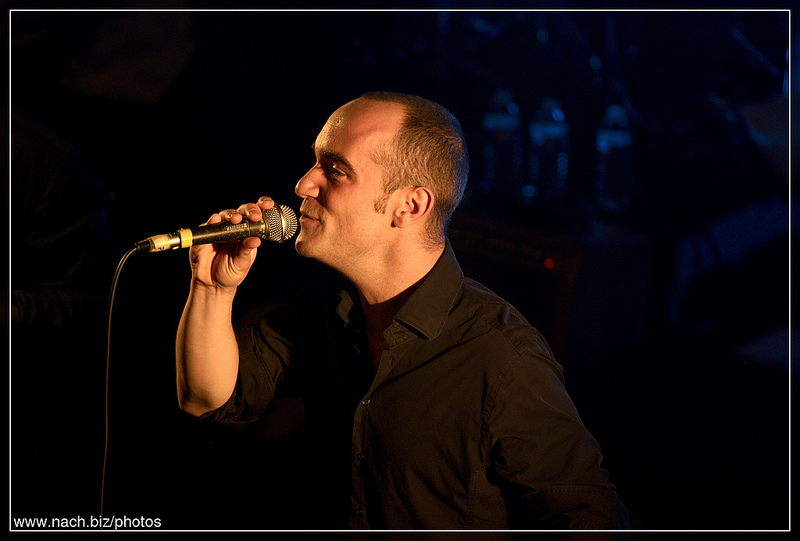 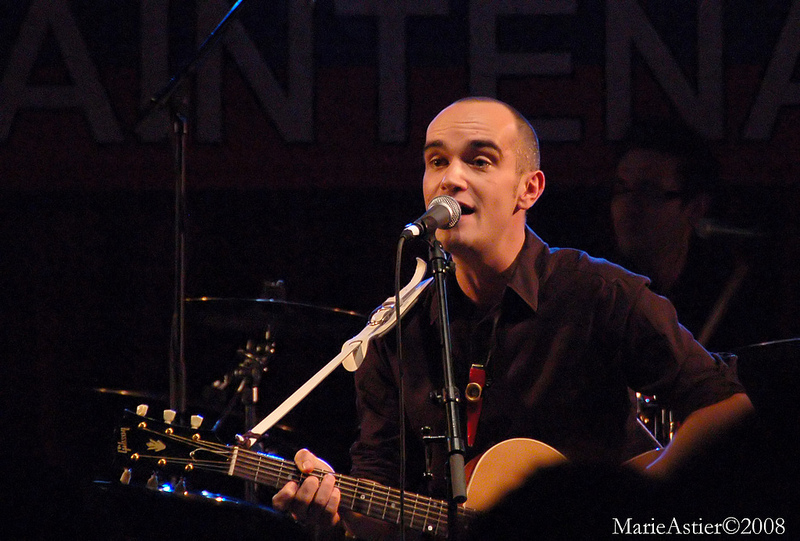 What I do remember is making CD’s entirely composed of French music to play in my car and Aldebert’s songs were among those repeated over and over during the long drives from Southern to Northern California and back. I had memorized and fallen in love with songs like Dis-moi Dimanche, Indélébile, et Hypocondriaque. I liked not only the lyrics but also the music and all the instruments that were used. 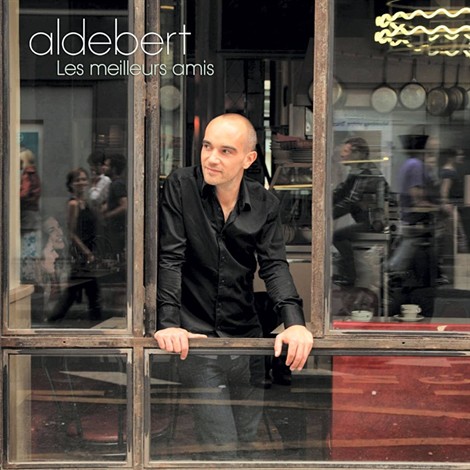 Therefore, when I finally had the chance to see him in concert I was really excited. We arrived at the venue and I was surprised at how small and intimate it was. I had imagined a large room where I wouldn’t be able to see the stage very well. As it turned out we were only about 20 feet from the stage and despite my short stature I could see pretty well.

The concert itself was really cool. Aldebert and his band made their entrance in what I think was a creative and unique way. A street café scene was projected onto the wall behind the stage and the video versions of the band all came out of the café little by little. They all waved to us and when they left the café scene they appeared on stage, like they had just come from there.

They also used this same idea a few times for some of their songs, using the background as a place where musicians exited a scene pertaining to the song and came on to the stage playing their instrument, always perfectly in sync with the others.

Another thing I really liked during the concert was the presentation of the band members. A quick photo biography of each person was projected on the screen with Aldebert dictating it live. It was a nice way to get a glimpse into their real lives, instead of just seeing them as musicians with instruments.

I thought it was really interesting how they combined pre-filmed sections with the live show. I’m sure it was really difficult to get some of the timings right, but they did it wonderfully.

As for the musical part of the show, the songs were as great as I had imagined. There was a perfect combination of slow ballads and fast foot-tapping songs. Most of my favorite songs were played and I was excited that I got to sing along. La femme de mon pote, which is my favorite out of all his songs, would have been the perfect ending to a great show and I am a little bummed that it wasn’t played. I guess I’ll just have to go to another one of his concerts and hope he plays it there!

All in all it was a great experience – finally getting to see one of my favorite French artists in concert. I hope that I will get to do that more often now that I am over here and planning on staying for a while. I have so many still on my list:  Tété, Emily Loizeau, Hocus Pocus…and the list goes on…

This clip is a parody of Bref and gives an example of one of the days of Aldebert’s tour.