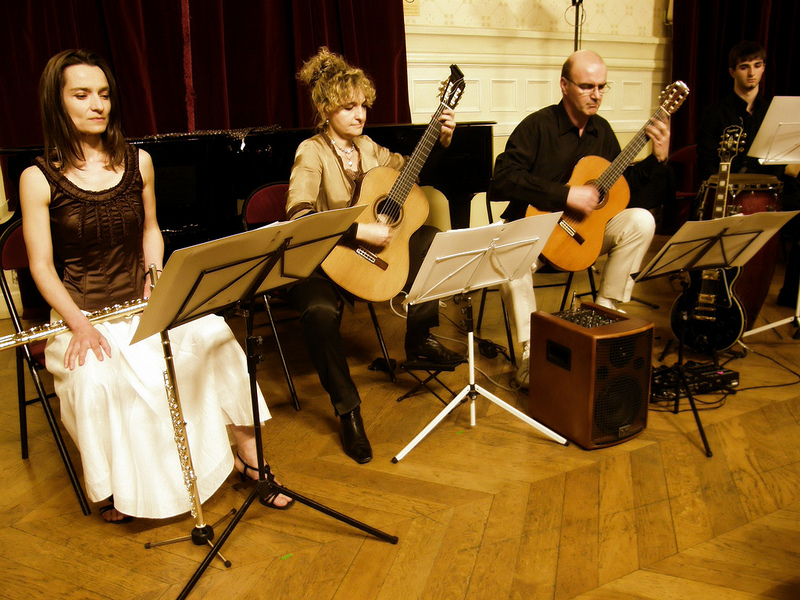 Four musicians bearing instruments streamed out single-file from the side stage door like clowns piling out of a tiny VW. Ensemble Almeida should be a nice change of pace as they don’t play classical music but ‘latin’ music, and I don’t mean ‘veni, vidi, vici’. At least I hope I don’t.

20:57 Two guitarists bookended by waiters (who moonlight as a flautist and percussionist). Very nice music. Guitars rock my world, what can I say? 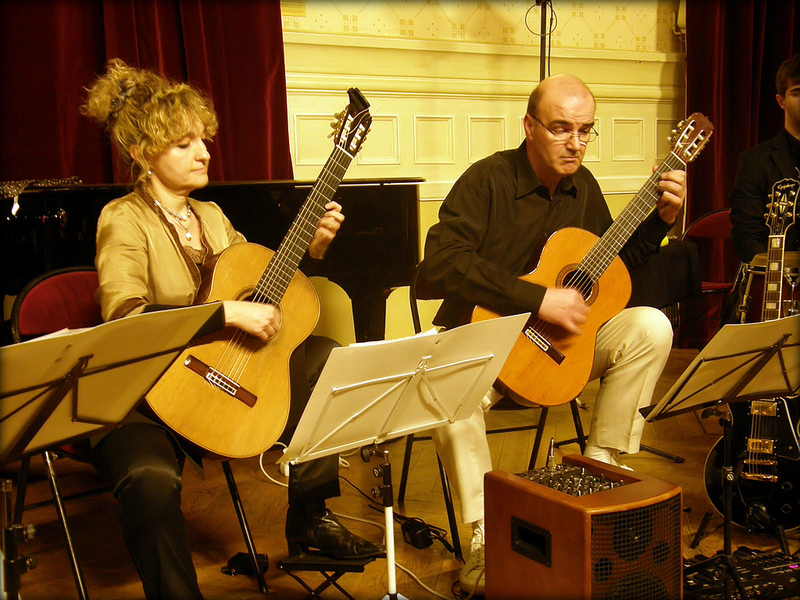 20:59 Percussion kicks in, literally. I see why the announcer called this a mix between classical and world music. Worsical?

21:00 But what about the poor flautist? She’s just sitting there. I always say, if you’ve got it, flautist. (Look on the bright side, I can only make that joke once in this review—you think.)

21:03 You wanna see how little I know about this kind of thing? This song reminds me of bossa nova and Stan Getz. 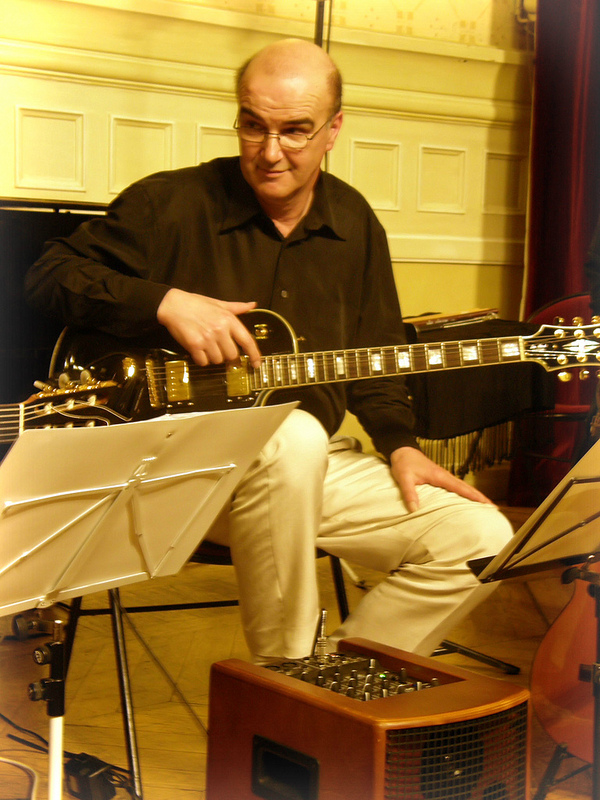 21:07 No way! Make like a shepherd and get the flock out! The female guitarist just explained the link between the song and Stan Getz and bossa nova! This is amazing. It’s like you guys are watching me get smarter.

21:16 More cool jazz. With this music putting me to sleep and my eating the garlic sausage odor of the woman sweating beside me, I’m getting my money’s worth (and the tickets were free).

21:18 The flute really adds a lot to this vibe. It’s funny because the flautist is as reedy as her instrument. Too bad the percussionist isn’t as brash as his. 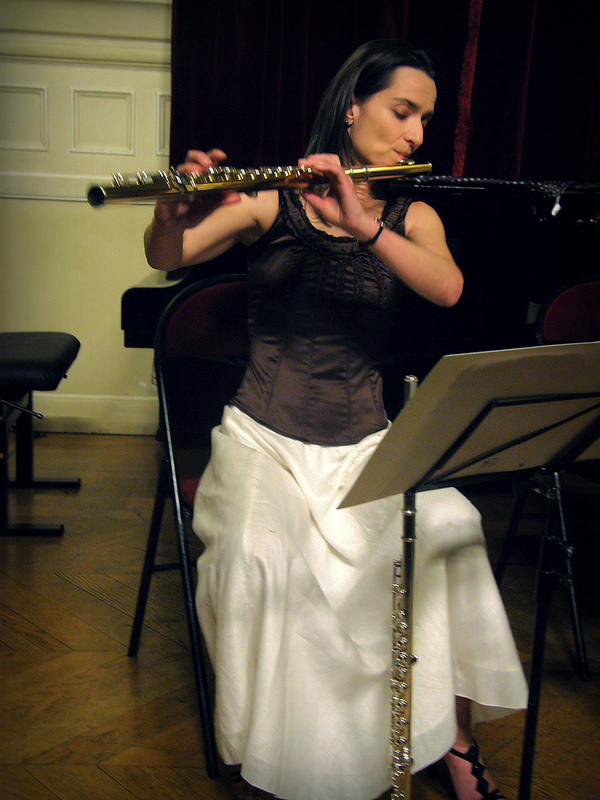 21:20 Ha! ‘The Girl From Ipanema’! And you thought I had no clue as to what I was doing. Wait, that could be just what I thought.

21:29 The flute really saves this show because it replaces Getz’s clarinet (or trumpet or French horn or bagpipes or whatever the hell it was he played). The two guitars sound nice, but I like my bones barer and my music more stripped downier. Unpluggeder.

21:42 My wife pointed out that the flautist and percussionist are mother and son. Knew it. #CircusFamily 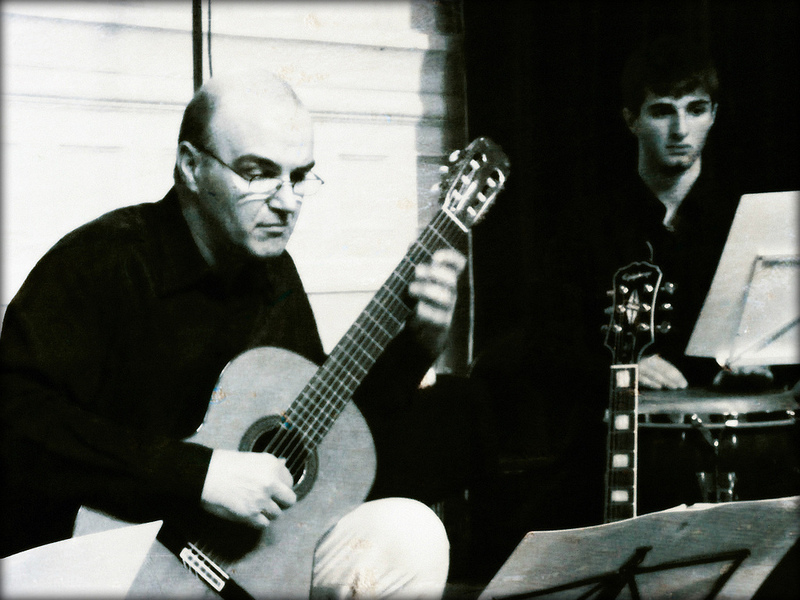