A Guy’s Guide to Culture: Gerald Cleaver’s Uncle June – Leave it to Cleaver 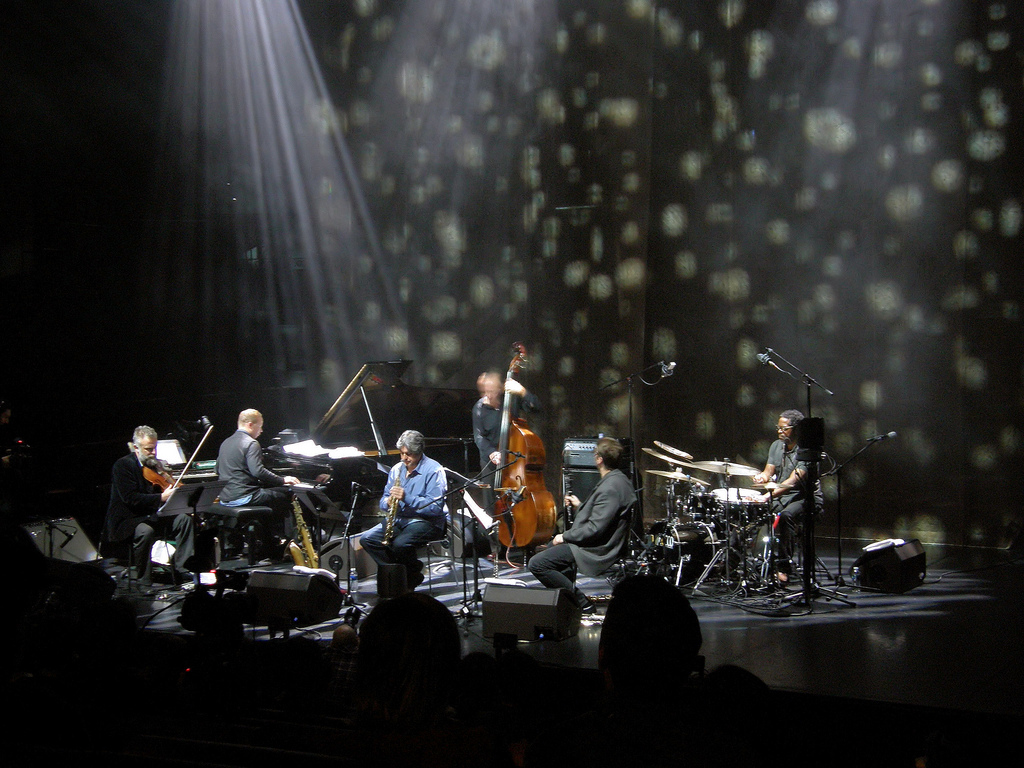 I wanted to like jazz when I was a teenager because of the posters in record stores (yes, I’m dating myself—don’t knock it ‘til you’ve tried it). The black & white photographs showed these intense musicians pouring out their souls and their sweat beneath the gritty sheen of neon and cigarette smoke. Unfortunately, when I heard the music they were playing…well, let’s say it was hard to bang my head to.

Gerald Cleaver’s Uncle June illustrates perfectly the evolution I went through as concerns jazz. At first, seemingly too freaky to buddy up to, June’s music settles into a groove deep enough that even a guy like me can get into it. In the end, Uncle June’s homemade jams show why jazz, coffee and older women are acquired tastes well worth the wait.

Even better, I got to savor the flavor at the Quai Branly Museum’s ‘Théâtre Claude Lévi-Strauss’. 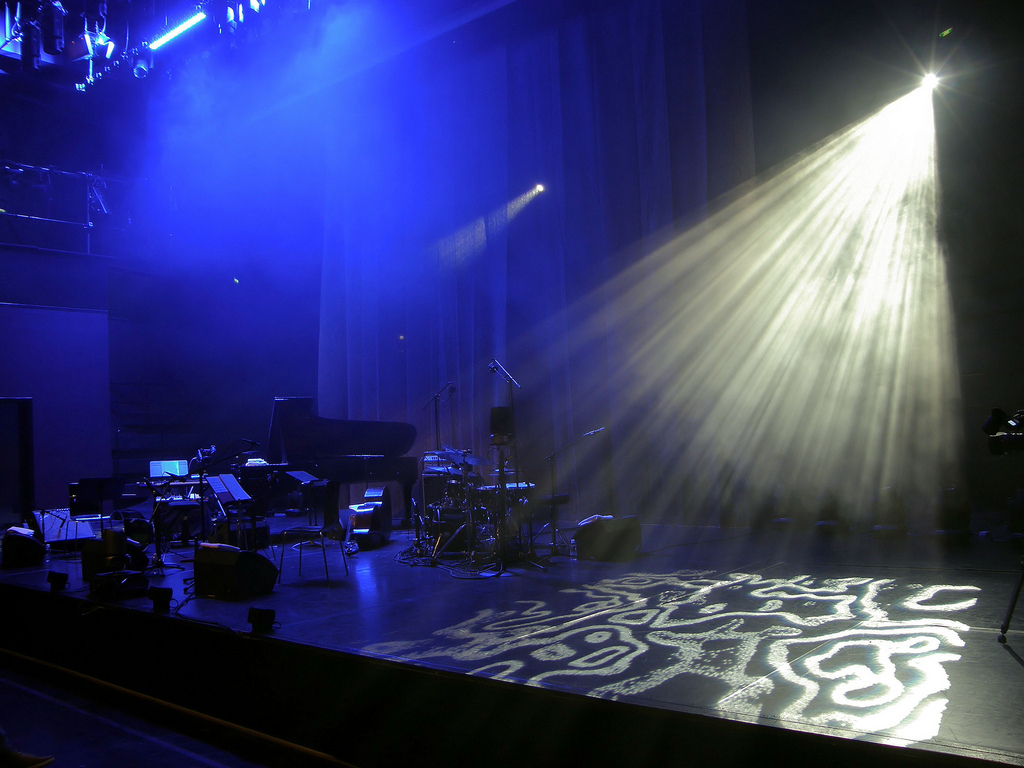 18:06 The concert begins with a long footnote explanation. It is a museum, after all.

18:10 There’s an arty movie with somber music and poetry that’s in English but I still don’t understand it. Interesting film, but I’ll wait for the book.

18:24 The band opens with intellectual jazz that has me outsmarted.

18:27 The group’s leader is the drummer, Gerald Cleaver. Don’t hear that a lot. 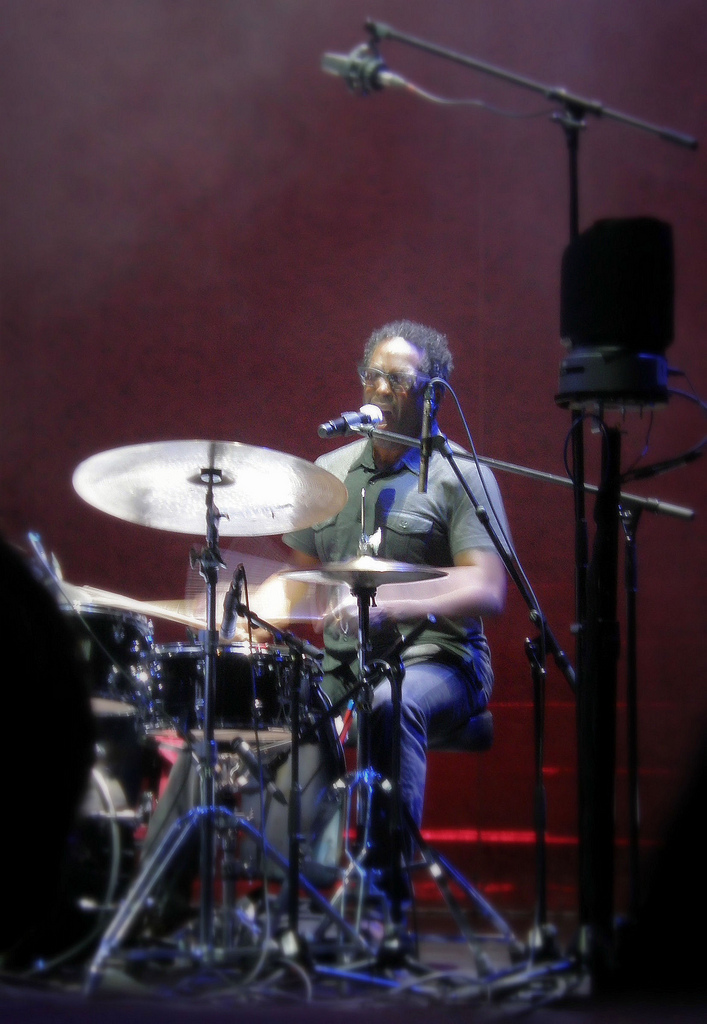 18:28 Jazz like a train: I can’t catch the fast parts but when it slows down I have no problem getting it.

18:35 “We just did two songs. The first one was pretty obvious, called ‘To Love… Is To Be Loved’.” Hmm, not so obvious. Must have been a complicated relationship.

18:42 The two guys in the front are along for the ride. Remind me to play the sax when I grow up because even if I do it badly, I won’t have to do it often.

18:50 You know what? I finally understand why this is called intellectual jazz: I feel smarter just listening to it.

19:03 OK, now the saxophonist (Tony Mallaby) is earning his paycheck and working double-time. 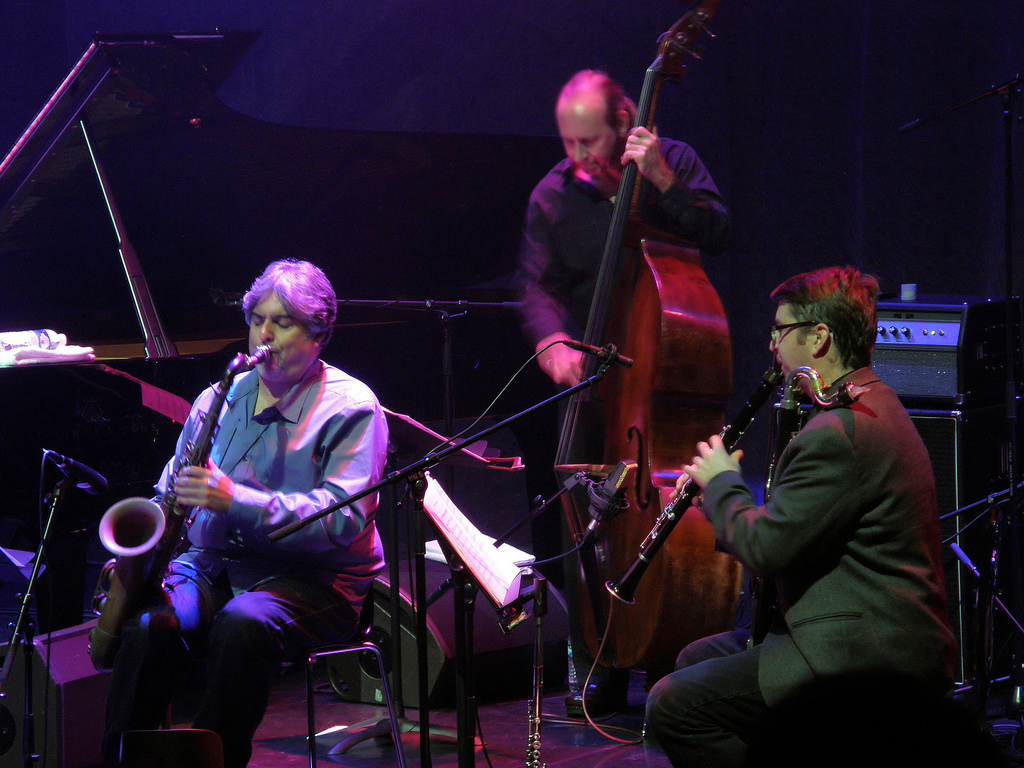 19:06 The other guy (Andrew Bishop), who plays what looks like a flute with a lot more buttons, is tooting his own horn wonderfully. 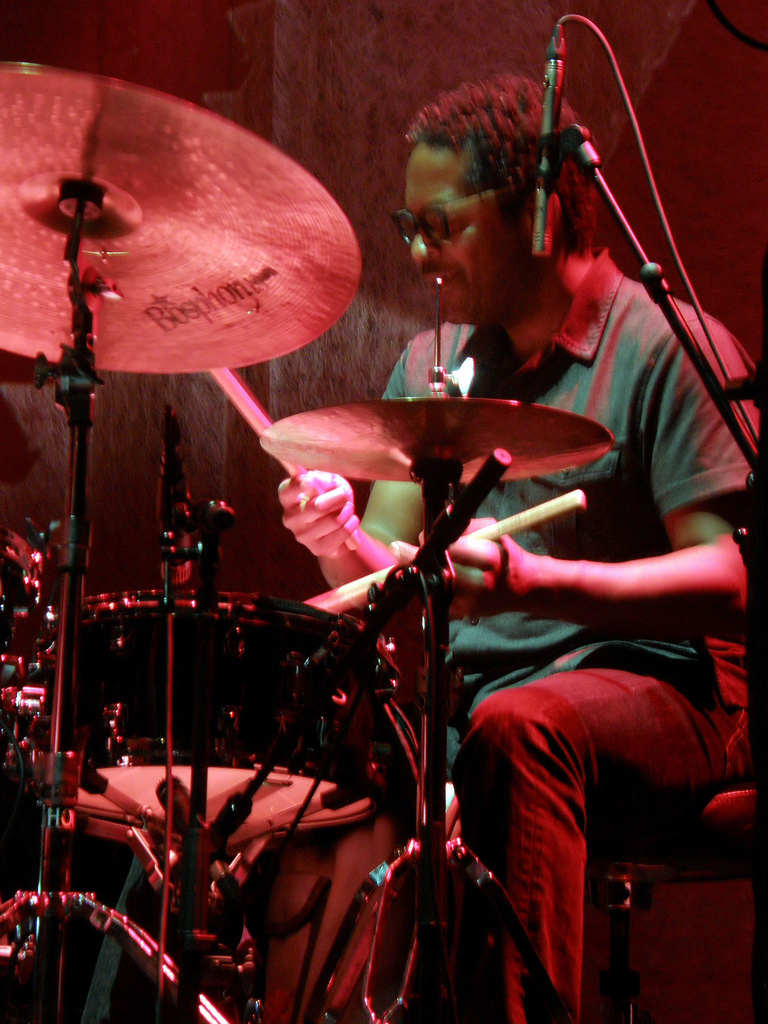 The cool news is that this concert was just one of several in the Jazz Bleu Indigo series. For more information on upcoming shows, check out the Quai Branly Museum website.

Author’s Note: I’d like to thank Frédéric Pillier at Pierre LAPORTE Communication for his assistance and Margot Chancerelle of the Quai Branly Museum for her gracious welcome.

All original photos by Paul Prescott