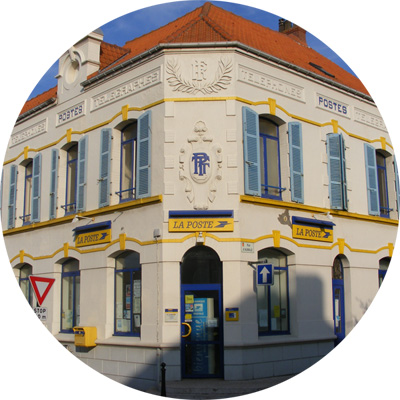 This tended to encourage uncivil behavior — a point that came home to me one day when I happened to be there during a shift change. The young woman who was clocking off stood up at her workstation and called out to the people in the line: “We’re going to close this window and open the next one, so please, everyone, move to line 12, in the same order.”

Actually, that doesn’t quite capture the flavor of the moment. Everything she said from “We’re going to close this window” to “move to line 12” was announced in a normal tone. Then, switching to a vocal timbre and volume that one expects to hear only in combat, childbirth and the more disturbing scenes of ‘The Exorcist’, she screamed “IN! THE!! SAME!!! ORRRR-DERRRRR!!!!!”

Obviously, this was not the first time she had done this. Her spittle was leaving pits in the glass.

Meanwhile, progress marched on, and in about 1995 the post office installed a ‘take a number’ system, so that each customer could simply wait for the next available window. This was a welcome reform, but still didn’t speed up the overall process.

Take a number, leave your soul

I once went to the Clignancourt PO at 9am to pick up a package, took my ticket from the little dispenser thing, looked at the screen showing the current number being served and noted, with no little interest, that there were 438 people ahead of me (again, not an exaggeration).

So I pocketed the ticket, went home, did some work, went back at noon and ended up waiting only 20 minutes. Which I spent doing what I suspect most of my fellow customers had been doing all morning: silently, mentally converting to a succession of different religions so that we could pray to as many gods as possible to release us from this mail-strom of woe.

I moved out of the neighborhood before the divine powers granted relief in the form of salvational technology. And so, in keeping with the tenets of journalistic integrity (I was bored and it wasn’t raining), I went up there last week to see what the scene is like at the old Clignancourt Poste today.

And, by God (I’m not sure which one), it has indeed been replaced by a sleekly modern, well-equipped model of efficient, friendly service: a locksmith’s shop. The old post office is gone.

It was probably just the wind, but as I walked by I swear I could faintly hear wailing, moaning and the rustling of number tickets.

Humor usually thrives on the negative, but let’s think positively here: besides the post office, what do you think has changed for the better in France over the years? Share your experiences below…