How to get famous in France

Frans Schuman, country/folk artist and global nomad, is hitchhiking his way along the road to fame and fortune.

I caught up with him in Paris’s Parc des Buttes Chaumont and—in addition to giving some insight on his second CD ‘I’ve No Home’—he shared these tips on how to become an international star.

“I was born in Bordeaux, then my first stop was London, actually. I stayed there four years, learned English through TV. Came back to France. Went to Jakarta – [there] was an opportunity for my father to work there. It was pretty fun. Then I spent a little bit of time in Linz, which is in Austria. It was short, but it was frightening for me because it was a real new language.”

2. Make serious choices for all the right reasons

“I decided I wanted to try New Orleans because of the opening scene of Jim Jarmusch’s ‘Down By Law’. Then I started to get into Tom Waits, ‘Small Change’ – ‘Do you know what it means to miss New Orleans?’ So I said, ‘Hey, why don’t I go there on vacation?’ Of course it was awesome and I had a chance to live there just a year after that—and it was great.” 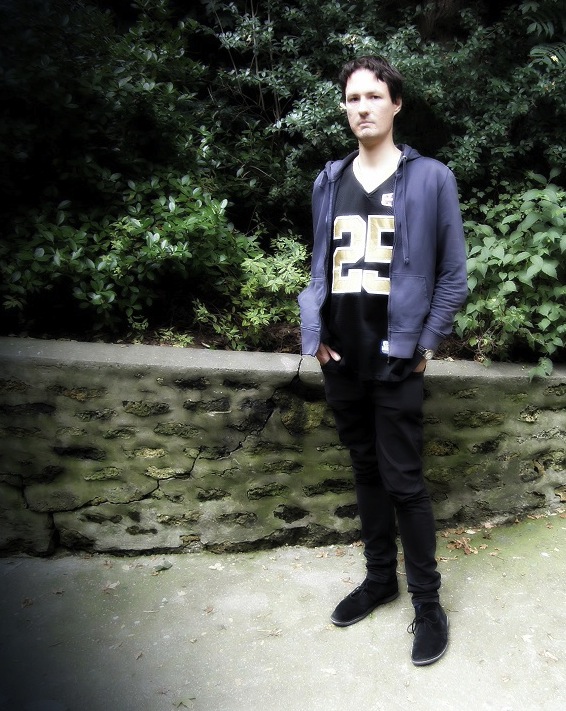 3. Force yourself to succeed

“I had no songs, so one day I started writing one… then another. I booked a concert and suddenly I had a show to write. I had to play [for] an hour. I wrote six or seven other songs and that was the start.”

“An idea comes out of nowhere. Songs come to you and you’re trying your best to write them down. There’s a melody and there’s a few words and then I’ll look at those words as kind of a theme… and I work from there. You start writing some songs and then you get the album title and then you get: ‘That’s a bit my life.’”

“I can’t write in French. Every time I try to write in French, it sounds awkward. Even the way of speaking: English is very melodic and French is very flat. Very few French people actually know how to write music. Mostly, the big ones, it’s poetry on music.”

There you go! Six easy-to-follow steps to being famous. Try them and you too could:

Do you have any tips to add to our list? Share your thoughts in the comments box below.