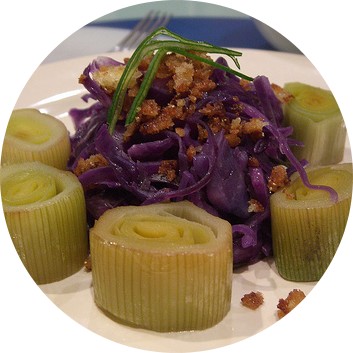 It seems unlikely doesn’t it? Not in France.

No, in France les enfants eat what their parents eat. There is no such thing as ‘food for kids’, so you won’t find children eating chicken nuggets and chips in Paris.

We love examining cultural differences in what we eat, so we had to ask: How do they do it?

We set out to find their secret and we want to share it with you!

The French don’t leave anything to chance, with food as such a big part of their culture. Karen Le Billion, author of ‘French Kids Don’t Throw Food’ explains that according to the Société Française de Pédiatrie (FSP), at the age of two, children go through what is called ‘neophobia’ which is a fear of new foods.

“The mini-French are exposed to so many different flavours and tastes from such a young age, they accept them without debate.”

Because of this she says, “before the ages of two and three, French parents are eager to introduce their child to lots of flavors, textures, and tastes.” This means the children are already accustomed to many flavors and textures before they lose interest in new foods. 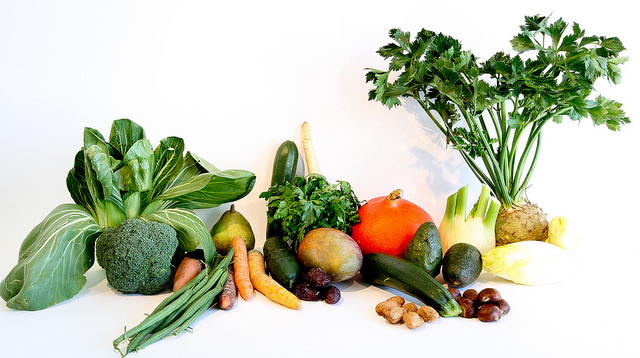 This diverse list certainly varies from other western countries and does help explain why young French kids eat such a wide range of veggies. The FSP also suggest introducing a thin vegetable soup to a babies diet from five months of age.

Karen Le Billion says that, “by gradually reducing (not eliminating) the amount of milk, you get your baby used to eating vegetable soup. They even suggest that you can mix a spoonful or two of store-bought baby purees with the baby’s milk (again, in a bottle) to introduce them to new tastes!”

By exposing children to such a versatile range of flavours and textures from such a young age, the child accepts them as a part of their normal diet. 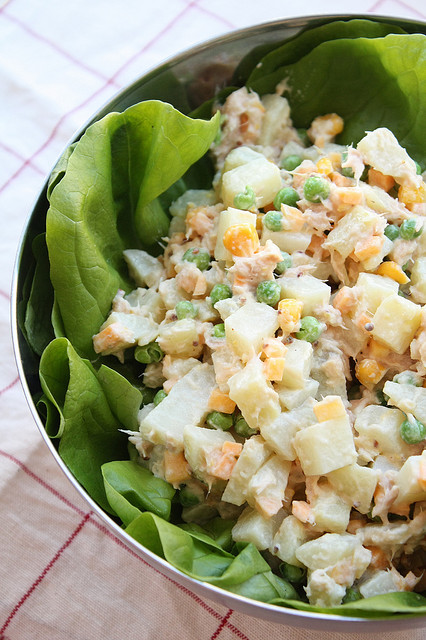 The French don’t give their children a choice when it comes to liking and trying new foods – the mini-French are exposed to so many different flavours and tastes from such a young age, they accept them without debate.

MyFrenchLife.org contributor Samantha Verant says her French stepsons will eat anything put in front of them.

“Basically, as long as a meal looks somewhat familiar, they’ll usually try it and like it,” she says. Perhaps the French style of parenting also comes into play here.

Pamela Drukerman’s book ‘Bringing Up Bebe’ explores the way the French seem to have effortless control over their enfants. This authority may just be key in getting your kids to eat à la française.

Another MyFrenchLife.org contributor, Alison Eastaway, believes serving traditional sit down lunches in French schools  is also a key tool in teaching children to appreciate food from a young age.

“This may well lay the foundations for a healthy relationship with food that accompanies the French well into adulthood,” she says. MyFrenchLife.org Fondatrice Judy MacMahon seconds this.“French food education occurs not only in the home, but also through school meals,” she says.

While the French are effortlessly taught to appreciate good food, Judy highlights the struggle other western countries face trying to get kids excited about la nouriture. “Celebrity British chef Jamie Oliver fought valiantly to raise the standard of school meals in the UK and the USA, when just across the channel this was being achieved without opposition.” 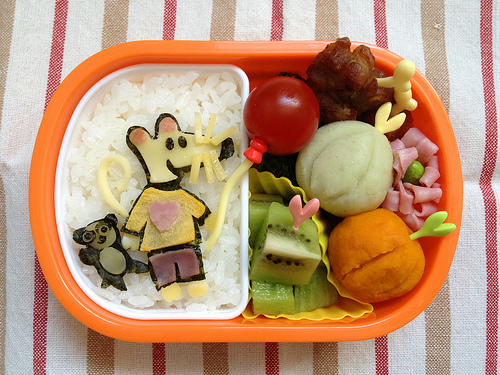 Getting your kids to eat new foods could be as simple as packing their lunch. Gradually introducing new foods into their lunch box can encourage your kids to try things they would normally turn their noses up at.

The French appreciation for food may begin early on, but with the right amount of discipline and guidance you too can teach your children to enjoy all kinds food.

Rebeca Plantier from Mind Body Green sums up French eating, “Eating well is not a sin; it’s a pleasure.”

Are your kids good eaters? Have you got any tips to turn fussy eaters into French foodies? The conversation is missing your voice! Jump in at the comments box below.