Changing the face of French tourism – is it possible? 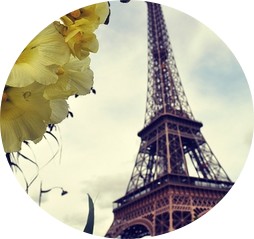 On the surface, the image of French tourism is an idyllic one. La belle France has been blessed with a rich culture, fascinating history and famed culinary scene, and has been fortunate enough to boast an enviable 38 UNESCO sites and over 8000 museums. So yes, in terms of tourism, it does rather well.

Plunge a little deeper though, and the picture is not as rosy as it once seemed. For every song of praise, France is equally denounced by much more negative impressions. Quite simply, France is saddled with a reputation of unfriendliness, surliness and lack of respect for tourists. We all well know that as much as people love to love France, they love to hate it in equal measure.

France is failing to measure up

President Hollande and the Foreign Minister of France, Laurent Fabius, have cast their beady eyes on the statistics, and found that France is not measuring up as a tourist destination. She is failing to make the most of these many blessings, and has ridden for too long on the coattails of a staggeringly beautiful city and rich culture.

To improve figures – and reputation – Hollande’s government has begun to focus on much more specific plans for French tourism.

At MyFrenchLife™, however, we have to wonder: will this time be different? And how successful will the government’s plans really be?

What’s in store for France? And more importantly, will it work? 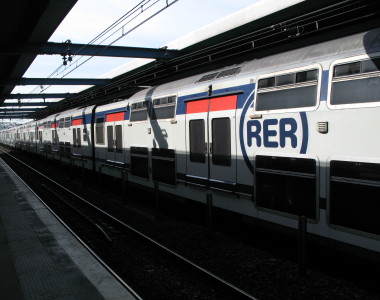 First impressions are important, and Fabius believes that it is fundamental that tourists and travellers are provided with a cheaper, simpler and faster way to access the city from the airports. As he noted, “It’s essential that tourists have safe and regular means of transport to get them into the centre of Paris, within 20 minutes.” Which means there is quite a lot of work to do to chop the minutes off the travelling clock.

Furthermore, the RERs are often overcrowded (not to mention unclean and lacking an air of general safety…) and innocent travellers are apparently often ripped off by taxi drivers.

Fabius plans to introduce a flat rate for taxis, and from January 2015 a lane on the A1 motorway will be designated for cars going to and from the airport. Plans are also being made for work to begin on the new Paris Charles de Gaulle express line in 2017.

Although the RERs aren’t exactly top-notch in terms of quality and ambiance, we never considered the transport links between the airports and Paris to be a massive problem in terms of time, given the extremely regular RERs and bus options for Orly.

Du coup, we recognise the effort being made but have to wonder whether the money would perhaps be better spent on other aspects of the tourism plans.

2. A makeover for the Gare du Nord 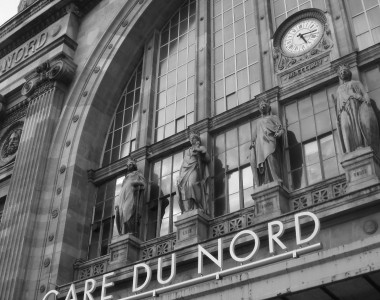 The Gare du Nord isn’t exactly a welcoming beacon of light to Paris. Renowned for its shabby, dirty and dangerous interior, the only thing that makes it stand out is how unfavourable a comparison it draws with London’s (much more luminous) Saint Pancras.

With over 650 000 people passing through every day, it offers a poor welcome to people who are arriving in Paris.

The plans for the Gare du Nord are multitudinous (as they should be). The walls are to be painted white, the underground entirely revamped, the discount outlet stores severely limited and a fancier brasserie is to be opened.

Oh, and a falconer and more police will be employed to join forces against the pigeons and pickpockets – currently equally unwelcome presences within the station.

And all of this for the small sum of 48 million euros!

No-one can deny that the Gare du Nord certainly needs a whole lot of work, but fortunately, the plans seem to be comprehensive and the budget certainly substantial. In light of this effort, we are hopeful that this will be successful.

France is unfortunately infamous for its ‘the customer is never right’ attitude.

Visitors everywhere in France (and in Paris particularly) seem to make claims of being poorly treated in restaurants, shops and hotels, lessening the whole experience of travelling in France. This is a massive pity as we know, given everything that France has to offer, but malheureusement, it appears that for every beautiful bottle of Bordeaux wine you order, there is a surly waiter behind it to serve you…

As we covered a while back in Le Buzz, the ‘Do you speak touriste?’ website has been launched to ‘guide’ the French in their treatment of tourists. The guide focuses on both sides, urging tourists to greet shop assistants with a “bonjour”, regardless of how embarrassed they may be about their French.

People working in the tourisism industry are being told to recognise the nuances between cultures, such as how a German tourist may expect a handshake, whereas a Chinese tourist could be satisfied with a smile.

We’re extremely dubious about this one, questioning what incentive there really is to follow these steps, or how it will be enforced.

We also believe that the problem is often with a slightly older generation who disapprove of any form of immigration or tourism – and this isn’t an attitude which can be easily combated. In many cases, the problem is not just a lack of language ability, but goes much deeper, and a website isn’t going to fix this.

4. More focus on outside Paris 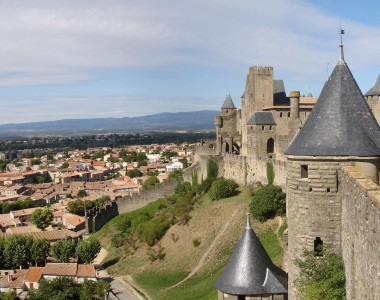 It’s true that with 83 million visitors a year, France is a popular destination. However, a vast majority of these people are on short trips to Paris.

Basically, awareness needs to be raised of what the other areas of France have to offer. In doing this, tourism figures will be raised in other areas, and revenue will be increased.

Fabius says they “want to raise France’s profile through some 20 brands: Provence, Brittany, the Alps, Bordeaux, Chambord etc” in “areas like luxury goods, luxury crafts, gastronomy, wine tourism, the mountains and their pure air – sought after by the Chinese or people from the Gulf –, ‘slow tourism’, which encompasses eco-tourism, river cruises and, finally, trendy nightlife.”

He continues to describe how France must become more technology savvy, as “new apps will give tourists a better grasp of our country. Their trips will run more smoothly.” But of course, he has hidden motivations. As he explains, “It’s also a goldmine in terms of exploiting marketing data on visits, purchases etc. France will be a pioneer of smartphone tourism. The state can encourage the major groups like Accor to cooperate with startups.”

The plans are exciting and modern, and we hope that awareness will indeed be well raised for championing the benefits of visiting areas of France other than Paris (as much as we do love Paris).

Given the fact that plans seem to be well-equipped for the current day, we are hopeful for their success.

5. Widening the net from Europe 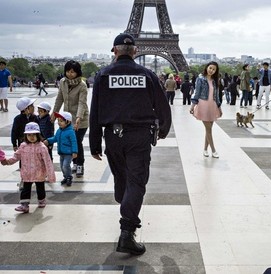 With 83% of the foreign tourists who visit France hopping over from another European country, these are tourists who spend much less money, preferring to camp, buy from supermarkets and drive.

People coming from afar spend much more, perhaps given the fact that they are unlikely to be making such trips frequently, and want to make the most of it. For example, each Chinese tourist spends an average of 1500 euros per visit.

Unfortunately, Chinese tourists are deterred by visa waiting times and poor treatment in France, with high levels of mugging reported because they are expected to carry more cash.

Fabius has already cut visa approval times for Chinese citizens to 48 hours, resulting in a 40% rise year on year in applications.

The number of Chinese police has also been increased in Paris. They will work alongside their French counterparts in tourist areas to prevent muggings.

Figures have increased substantially in terms of visa applications, which is a positive sign. However, the problem with Asian tourists in particular goes much deeper. A spokesperson for a chic Parisian hotel was recently cited as saying they aimed for a different clientele than Chinese tourists, hinting at something more complex simmering under the surface.

We applaud the effort made to facilitate Chinese travel into France, but again, the problem of attitudes towards such tourists will be a much more difficult one to fix.

6. A different sort of Sunday 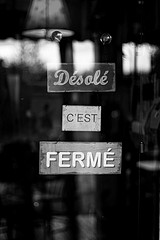 The average stay in Paris is 2.7 nights (often for a ‘romantic weekend’). With shops being closed on Sundays, the amount being spent drops dramatically, with less precious time to shop in the fashion capital.

Fabius is lobbying for shops to be opened on Sundays in touristy areas, noting that “the government would like certain areas, like Boulevard Haussmann, to be classified as ‘exceptionally busy tourist areas’, enabling businesses to open on Sundays.”

It certainly won’t be passed without a fight, as the closing of shops on Sundays is a deeply enrooted tradition and will surely cause trouble and upset for some French locals.

Furthermore, although we recognise the logic here, this is something many of us love about France: the preservation of customs which have died out in many other countries. Sunday is a day for family, food and markets in France, and it would be a shame if this died out.

Many of the plans are ambitious, and they certainly delve into different areas; covering France overall, the Gare du Nord, and business trading hours. The success of the plans would be fantastic news for France, but we mustn’t jump too quickly to overly rosy conclusions.

Instead, we have to question whether injecting money will solve all the issues. For many, one of the biggest problems is the lack of politesse in France, and I for one think that attention should be paid here.

However, that said, on est trop content that the steps being made in the first place. With so much planning and determination, I’m sure that soon, there will be even more Francophiles out there, eager to experience notre France adoré.

Have you heard of the plans for French tourism? How successful do you think they will be? Share your comments with us below, or join the debate on Twitter with @maviefrancaise.

Image Credits:
1. Eiffel tower, via Pixabay
2. RER, via Wikipedia
3. Gare du Nord by Evan Bench, via Flickr
4. Do you speak Touriste? via the official website.
5. Carcassonne, via Wikipedia
6. Policeman at the Eiffel tower by Fred Dufour, via The Guardian
7. Désolé c’est FERME by Jacques Meynier de Malviala