Electronic cigarettes in France: the story behind the smoke 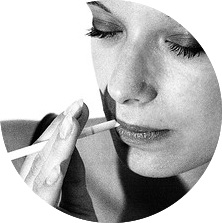 Smoking in France – the image of the femme fatale with the smouldering cigarette is a definite cliché.

En fait, we explored this French stereotype a while back looking at the cigarette in France as something of a cultural icon.

Aujourd’hui, the cigarette has become electronic just like everything else – you’ll see many Parisians puffing away at stylishly slimline ecigarettes inside countless bars and cafés. Ecigarette advocates tell us that the cleaner atmosphere they produce, coupled with the absence of the nasty chemicals and tobacco that go into a classic cigarette, make ecigarettes the healthy alternative.

This statement is quite controversial though, with opposers reminding us that although they may be slightly less harmful than smoking a classic cigarette, ecigarettes are still dangerous. According to a report published earlier this year, ecigarettes do contain one particular chemical in the liquid which is thought to be potentially carcinogenic. Whether this is correct or not, it seems as though the French government is taking the same viewpoint.

With smoking and cigarettes so ingrained in the French image, the outrage that has met proposed changes to laws surrounding ecigarettes should come as no surprise.

Although the classic cigarette has been banned in public places such as bars and cafés for a number of years, ecigarettes are still allowed and, in some cases, encouraged. Regular smokers have begun to use the ecigarette in the place of the nastier tobacco cigarette, with sales of the electronic substitute in France alone rising exponentially each month. 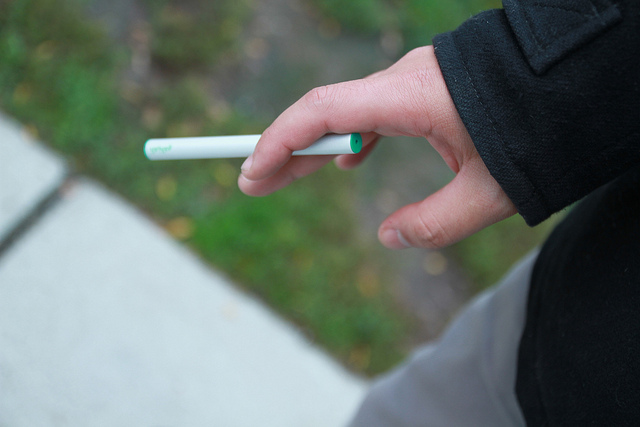 However Health Minister Marisol Touraine has been expressing doubts as to the safeness of these products for some time. In April 2014 Touraine made her government’s intentions clear, stating, “I am favourable to the banning [of e-cigarettes] in a certain number of public places where there are many people or where there are children or young people present”.

The reaction of the public

The French public are resistant to an impingement on their liberty based on unproven scientific tests – some scientists have labelled reports as ‘scaremongering’.  Furthermore, such measures by the government would have a large impact on this burgeoning industry. To what extent these laws will affect the smoking of ecigarettes will be revealed in the next public health bill which is scheduled to be published shortly.

The proposed banning of ecigarettes in certain venues and public spaces has once again ignited the ‘smoking debate’ in France. So, with a plethora of studies showing the negative effects of cigarettes on a person’s health, just how exactly do the French feel about smoking today? Will they ever abandon that stereotypical image of the chic, thin, smoking French woman?

The current French attitude toward smoking 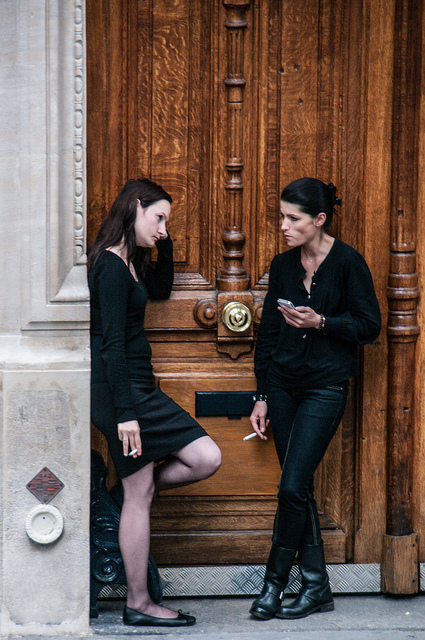 Despite the stereotype, it seems that the French public recognise the devastating effect even second-hand smoke can have on a person’s health. According to a recent Ipsos study, 95% of French people are against smoking in cars or other transport with children present, while 72% agree with the banning of smoking in bar and café terraces. What’s more, 83% of people surveyed agreed with creating small designated areas of parks and other public gardens to limit the area where people could smoke.

Alors, to view this backlash against the proposed restrictions of ecigarettes as indicative of the French attitude to smoking is too simplistic. Smoking is becoming less and less popular in France, according to The Tobacco Atlas. It is perhaps the huge profit margin that ecigarette sellers have seen of late that is provoking such heated discussion. The industry is going strong with a 20 to 25 percent growth every month according to Darren Moon, English proprietor of Vapshop.fr.

As Moon explains, the restrictions that would hit them the hardest would be the proposed workplace bans. D’apres Moon “20 percent of our business is selling disposable ecigarettes to restaurants, clubs, bars and hotels”. Et donc, any restrictions in these public places and he’d “have to start firing people”.

Wherever you stand on the final issue, we all will watch keenly for what exactly these new restrictions entail when they are officially tendered this month. It seems however that the French affair with the cigarette is slowly burning out.

What do you think about smoking in France? Have you noticed an increase in electronic cigarettes? Share your thoughts with us below or tweet us @MaVieFrancaise.