The morality of language: should we learn French?

In March this year, British journalist Liam Mullone published an article in The Spectator entitled ‘Why I won’t let my children learn French’.

According to Mullone, his children would not be learning a language so intertwined with oppression during colonial years. The atrocities committed in accordance with the policies in place in French colonies means that, for Mullone, learning the language goes against his very moral backbone. (Plus, he argues, from a business perspective, the usefulness of French is quickly becoming non-existent.)

Understandably, this article received quite a lot of backlash, not just because of the sometimes historically dubious assertions he makes, but because of his very strongly held standpoint. Given the fact that most languages have been ‘involved’ in horrible draconian government policy decisions, Mullone’s particular discrimination against French seems bizarre. However, despite the fact that I do not agree with his conclusions, it is a well-written and thoughtful article.

‘Why I won’t let my children learn French’

In the end, Mullone’s viewpoint is fundamentally flawed: it is assigning to language responsibility of human actions or inactions. Rather than focusing on its involvement in past injustices, French should be appreciated for its expressive capacity. Depriving your children the opportunity to expand their grasp of expression seems counterintuitive to Mullone’s well-presented arguments. 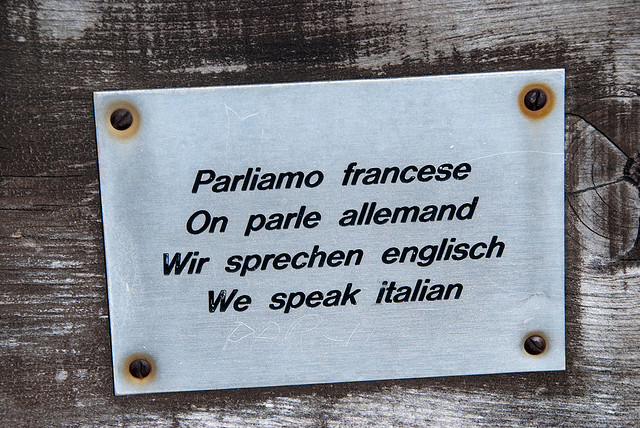 Now, here at MyFrenchLife™, it would be redundant for us to extol the virtues of learning and speaking French when it’s the very glue that holds much of our community together. Rather, what interested the team when this article did the rounds back in March was the idea of the morality of language. 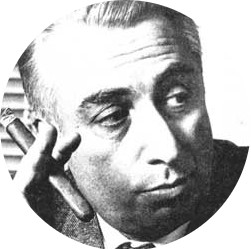 As French philosopher Roland Barthes said, “Language is never innocent”. Barthes devoted much of his study to the structuralism movement of the early to mid-twentieth century. Structuralism was a movement in the social sciences that aimed to remove all elements of the author from any given text and instead for the language to be celebrated for its structure alone. However even when going to such extreme measures as to announce le mort de l’auteur, language, stripped back to its pure essence, still carries with it inherent meaning – it is never innocent.

With this in mind, is it really justifiable to deny teaching of certain languages for moral reasons? Wouldn’t that mean that every single language, full of inherent meaning by its very nature, can be morally corrupt?

Instead, language should be regarded as a form of expression: it is through language that some of the greatest works of art have been created. Poets, writers and lyricists constantly evoke strong emotions from their audiences with the power of words.

Language can not only be used to demean – it is also used to inspire, to create and to celebrate. Language is in fact the greatest tool we have at our disposal, and it does not make sense to blame language, the tool, for the way in which it has been wielded.

Although l’Académie francaise may never approve, the French de la rue is a mixture of traditional French and argot. Magrébins and immigrants have reclaimed French as their own through the use of argot et verlan and have created a new vibrant twist on traditional French. Language is a reflection of its people – the variations of the French language in the postcolonial world should be celebrated as the enriching of the French culture rather than being remembered as a language of oppression.

Language has become a source of empowerment, explains author of ‘Lexik des Cités’, Alain Rey. Responding to a need to create a dictionary that actually reflected the language of les cités, the Lexik captures just a small degree of the diversity of the French language, enriched by other cultures. Given the constantly evolving nature of language, many of these words of argot have different meanings from quartier to quartier.

It is this sort of celebration of the French language in all its forms that should have people wanting their children to learn French, rather than denying it for flawed moral reasons.

Mais oui, French is not an innocent language. Despite being the country of Human Rights, France has participated in its own share of injustices. The French language has been used to conquer and oppress many throughout history. However, French is by no means exceptional in this regard; the same could be said for English, Dutch, Spanish, German and more.

Given that language is so intrinsically linked with culture, the fact that French (among other languages) was the language of the oppressor should not be forgotten or ignored. Rather, this history should be acknowledged and the language approached in a way that will empower its language learners to use the French language as a new form of constant evolving expression.

What do you think about imbuing language with morality? Is it a consideration for you when learning a language? Please share your thoughts below or tweet me @DesertDeWilson.