Is the ‘French’ way of shopping gone for good? 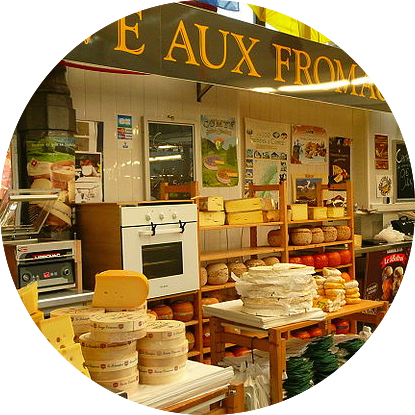 The idea of what it means to be ‘French’ comes with many connotations, creating an iron-clad stereotype that is instantly recognisable – although, as we know, not necessarily true.

He also has a bag filled with artisan goodies, making the mouth of any self-confessed foodie moisten. Some foie gras, a triangle of creamy Brie, a fresh bouquet of lovingly arranged flowers; standard Parisian things for a standard Parisian day. Supposedly. 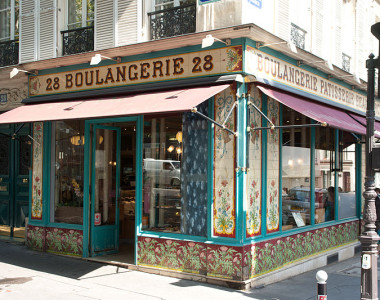 So goes the image of the French; les citoyens dedicated to shopping around and sourcing out local, artisan goods – thereby putting many of us who hop to the nearest Tesco to shame. However, when I recently conducted a series of interviews with the patrons of these small Paris businesses, many voiced a worry that all of this is starting to change.

Such a worry was firstly expressed to me by Bruno; a refreshingly open and charming boulangère on Rue Saint-Jacques. He spoke of the changing market and how difficult it is to begin working in this type of sector. “Il devient extremement difficile à travailler dans ce genre de entreprise,” he told me – “It’s becoming extremely difficult to work in this type of business”.

His fear was echoed by the hard-working fleuriste on Boulevard Montparnasse, who made mention of the decline in purchases made – mostly a result of the recent economic crisis.

Their concerns made me wonder: is ‘Pierre’, with his carefully chosen goods, still the norm, or is he the exception? And what is the reality for the small businesses of France? Is the trade as blooming as we often suppose it to be, or are they indeed en train de disparaître?

With over 80 000 independent retailers to be found on French soil (a staggering 40 000 of which are boulangeries), a disappearing act seems unlikely – especially when you consider that this figure more than doubles that of the UK.

This difference is staggering – given the fact that the UK and France are hardly geographically at opposite ends of the globe. Rather than continuing to simply read more and more stories online about this disappearing way of life, I decided to ask the opinions of those who truly know the reality: the very people who own les boulangeries, les fromageries et les fleuristes.

A different sort of mind-set 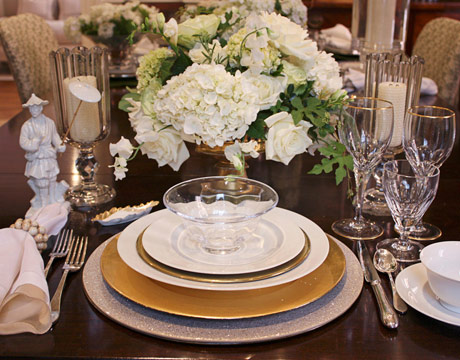 These small business owners say the French routine of visiting artisan shops is due to more than just force of habit. For instance, as one of the fleuristes in Le Clos de Lilas explained, the phrase ‘à table’ signifies a great deal more than the English translation ‘dinner is served’ allows. In French culture, it signifies beautiful food, flowers and complementary wines; an attention to sitting together at the table and making an evening out of a meal.

This kind of attention to detail is linked to an importance placed on eating in season and sourcing locally. And when it comes to literally being at the table, it means sitting down to dinner, eating slowly, and enjoying the flavour of the food. Which explains why the fleuristes I spoke to made note of people often stopping in once a week to prepare for dinner guests, and why so many small-business owners were proud of their loyal client base that live in the neighbourhood.

The French: famous for their fidelity? 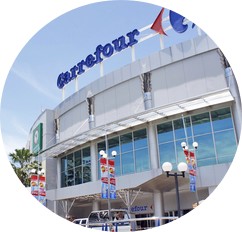 This fidelity shown to the smaller shops is not just thanks to a cultural mind-set, but has also been aided by certain laws. The Raffarin Law, introduced in 1996, meant that applications for supermarket chains such as Carrefour had to be approved by a local panel whose members included representatives of local artisans. Furthermore, retailers wishing to open stores of more than 300m² had to obtain this authorisation from a regional zoning board.

It was an effective and impressive means of thwarting the plans of the major supermarket chains. These laws facilitated the survival of small businesses in a way that was simply not done in Britain – or many other places in the world. 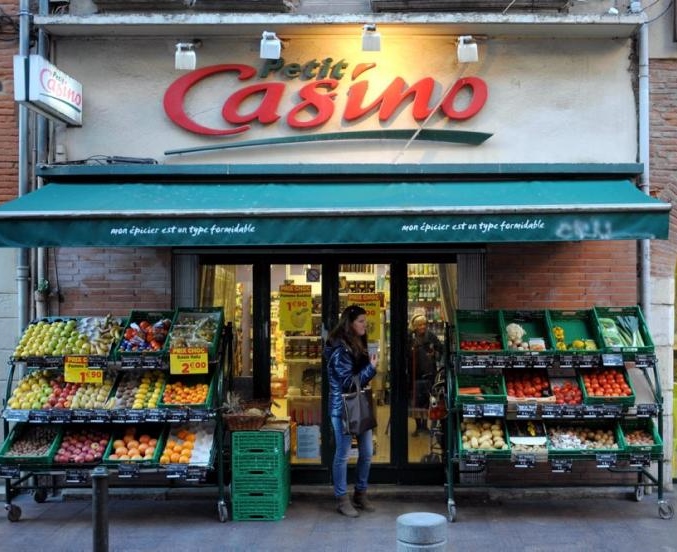 As time moved on, and the effects of the economic crisis were felt, laws became more lax. Local artisans were no longer necessarily included on the panels, and in towns with more than 20 000 residents, planning permission is no longer required for stores that are smaller than 1000m², leading to a new brand of ‘superette cafés’. This was seen with the launch of the ‘Chez Jean’ chain by Casino, which combines a restaurant with a convenience store.

Furthermore, competition is increasing for the smaller businesses, with shops now opening on Sundays in touristy areas to increase profit margins for tourism, and larger shops now operating ‘la journée continuée’ and declining the long-and-leisurely (and oh-so-French) lunch-hour.

So does this mean all boarded-up shops?

Undeniably, France has had to adapt to many changes. Smaller businesses still usually close for lunch, but these long-and-leisurely lunches are becoming a thing of the past, with lunch hours shortening noticeably. In smaller towns, the changes are felt more strongly, with larger supermarkets popping up and boarded-up shops becoming a more common site. 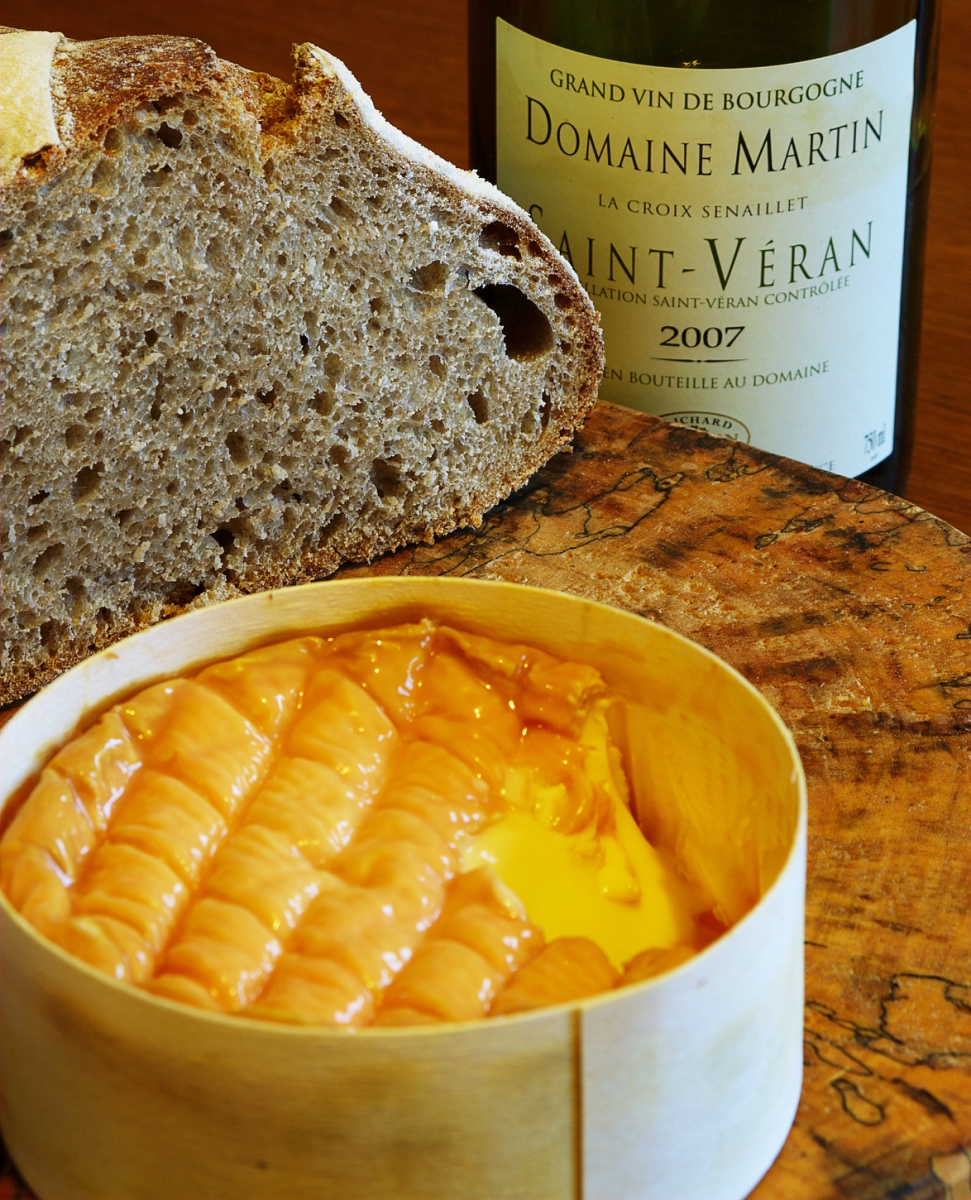 However, in the larger cities – Paris especially – the ‘Bobo’ trend is advantageous. There are many people who still don’t mind spending that little bit more for better produce. Fortunately, the French also still have a strong sense of ‘terroir’ and pay attention to where products come from, and this type of information is more readily available in smaller shops where fleuristes, boulangeres and fromageres are often passionate about their craft and love to take the time to guide you through their products.

Anne Leroy, the welcoming fleuriste of Au-Dela Des Pres took a positive view on the spending habits of her clientele. Although she acknowledges that the economic crisis has undeniably had an effect, she described how her shop is still busy. The difference, however, is that people take the time to consider their purchases and reflect upon their choices with her. Endearingly, she underlined how she sometimes takes on the role of a shrink, listening to clients describing exactly what they are looking for.

She had a lovely way of putting it: “Il faut comprendre: je vends pas les fleurs. Je suis fleuriste.” – “It must be understood: I don’t sell flowers. I am a florist.”

Although the relaxing of laws and the economic crisis may have dealt their blows to small businesses, thanks to the deeply engrained way of thinking – and eating! – the fromagères, fleuristes and boulangères of Paris have held on surprisingly well.

Remember Pierre? Well, he might not do this kind of shopping every day, or be able to spend quite as much money as he used to (and he certainly isn’t a representative of every single French citizen), but he is in no way a thing of the past. Like everyone affected by changing economic circumstances, he has adapted to changing times – and to changing budgets – and he isn’t quite ready to swap to a weekly online Tesco shop.

Have you noticed a change in the ‘French’ way of shopping? Join the debate on Twitter, or share your comments with us below!