Interview: discover the unseen with Adam Roberts of Invisible Paris 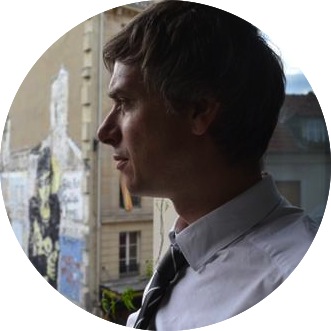 Adam Roberts has a fascination for the things most of us don’t even think about. He has an eye for the unseen – and he can never just walk past it.

It’s the unseen, undiscovered side of Paris to which he has devoted his blog: Invisible Paris. And this isn’t the sort of ‘undiscovered Paris’ that involves trendy restaurants and bars. When we say undiscovered, we literally mean concreted-up doorways, forgotten walkways, abandoned buildings, and cement-filled staircases.

But it seems he isn’t the only one who has been wandering around Paris with an insatiable curiousity. His blog has quite the following – of people just like him, who can’t leave the mysterious alone.

We were lucky enough to have the opportunity to pick Adam’s brain just a little. Why did he decide to dedicate his time to uncovering the unseen in Paris? What incredible things has he discovered, and what’s his next big challenge? Read on to find out…

Describe yourself in three words.

From where does your fascination with the more secretive and undiscovered sides of the world come? Do you think everyone has this to some extent?

First of all, I don’t like to use the word secret. My objective has never been to uncover places that are behind locked doors, but rather to encourage people to see and understand what is clearly in view. I think I am just someone who always needs to know exactly where I am and to understand my surroundings. The blog is just an extension of that. 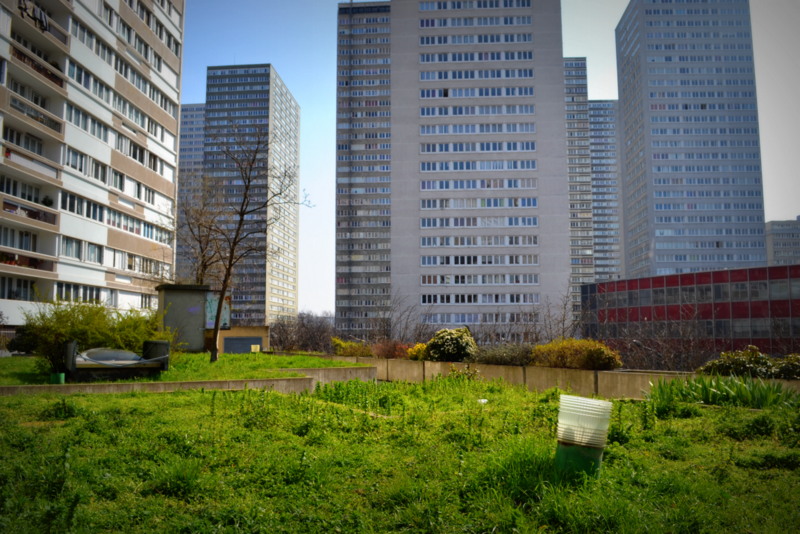 Our urban environments are becoming visually more similar, and people want to know that there is still mystery in the world, even if they don’t always have time to search themselves. Curiously though, the most unknown parts of the city are the places we see every day!

Tell us about the moment when you decided to turn this passion into a blog. What first sparked the idea and what led to its creation?

The initial concept comes from a book, ‘The Glamour’ by Christopher Priest. If something is there but we don’t notice it, does that make it invisible? It struck me that much of Paris is visually strong and engraved into a kind of collective world consciousness, and this leaves a chunk of the city which is never mentioned or photographed. What are the stories of these places, and what do they tell us about the history of Paris and its people? After six years of running the blog, it turns out that there are quite a few stories to tell!

You balance this project with a full-time job (and life, of course!). Do you find it difficult to juggle it all? How do you ensure you maintain a balance, if you do?

I’ve learned to be organised, although it’s important to leave space for serendipity and the unplanned. My blog – and my city explorations – are a passion, and I guess in that way it’s the same as having a passion for golf or DIY – both of which can be incredibly time consuming! Finding a place for your passion is an essential part of finding a balance in life. 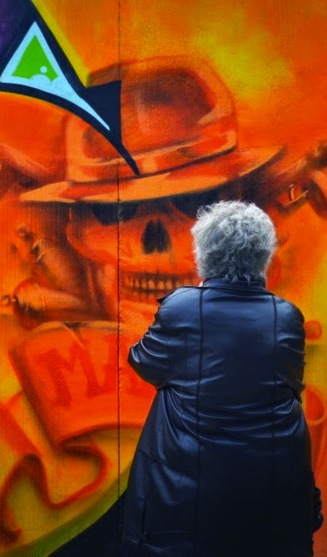 Describe your readers: what kind of people are they? And, are they French, expats, or people from outside France altogether?

I wish I knew more about them! Blogging can be quite a solitary activity, and it would be nice to have more contact with readers. I’m not sure there is an archetypal Invisible Paris reader, and I’ve never written with a particular audience in mind. I imagine that they are pretty much like me!

Have you ever got into a sticky or tricky situation when trying to uncover or discover something? Is there a story to share? Tell us about it!

Taking photos in France is often quite tricky. I’ve been chased out of garages and followed around a housing estate by a gang of young men, but there was one example in particular which taught me a good lesson. Opposite the Stade Yves de Manoir in Colombes, the stadium that hosted the 1924 Olympic Games, there is a bar which seemed to be of a similar age. As I took a photo, the owner rushed out and demanded to know what I was doing.

After I explained, his frown changed into a smile and he took me inside and offered me a beer. The bar turned out to be almost a miniature museum, with dozens of photos of the stadium and the various events it has hosted over the years on the walls. From this moment, I have always tried – when possible – to ask first before taking pictures. It often leads to even more interesting discoveries!

Where do you find your ideas and subject matter?

Ideally the subjects begin with a walk. I try to wander in more unfamiliar parts of the city, noting down ideas and taking photos as I go along. Afterwards I investigate and try to find the best angle for the story. I do sometimes use visual prompts though, particularly old postcards and maps, and I also encourage people to ask me questions and set challenges.

What has been your favourite Invisible Paris discovery so far?

The most satisfying has been finding out the full story behind a forgotten 1950s novel set in Paris, which stemmed from a postcard I picked up at a fair. From that postcard I eventually got in contact with – and met – the daughter of the novelist, and she filled in lots of gaps and provided fascinating archive pictures and material. The story was too long for a blog post and eventually led to a 10-page downloadable PDF document!

In your bio, you’ve included a fantastic Jonathan Swift quote: “Vision is the art of seeing things invisible”. What advice would you give to someone who wanted to start opening their eyes to unseen, wonderful things everyday? How can we all practice changing our perspectives?

Rather than opening your eyes I think it is more about opening your mind. Physically seeing things is important, but you also have to ask questions; what is this, why is it here and what makes it different?

“Finding a place for your passion is an essential part of finding a balance in life.”

The answers are sometimes slow to tease out, but when you find them it opens up whole new avenues of investigation and really helps you to see your surroundings in a different way. I always start with the same perspective – nothing is too ordinary to be interesting!

To relax: Relaxing for me means taking a trip into the suburbs. Cycling along the Canal de l’Ourcq from the bassin de la Villette out towards Meaux is a fascinating and easy trip. 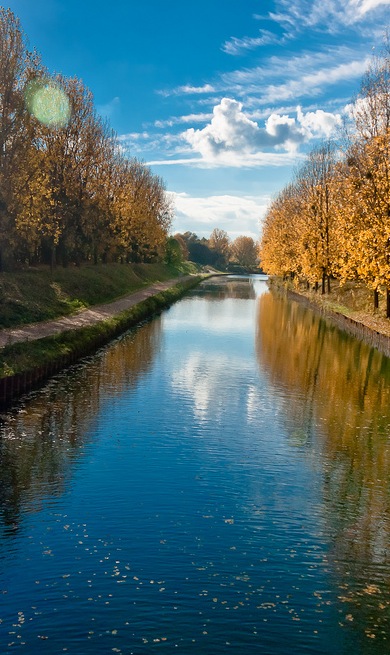 To drink: Based around a voodoo theme and 60s soul music, this is possibly one of the friendliest bars in Paris. It used to be my neighbourhood bar before it moved to the 3rd arrondissement. Despite it now being more of a trek, I still consider it as my ‘local’.

To play: On two levels in an old garage and hairdressing salon, this bar dedicated to table tennis has a very cool atmosphere. A quiet place to take the kids during the day, it becomes much livelier in the evenings with live DJs.

To eat: My local chinese restaurant also happens to be one of the biggest and most extravagant in Paris, if not one of the best. It doesn’t offer gourmet dining but staff are friendly and it is always an experience. On certain evenings you can find yourself in the middle of a Chinese wedding party!

Arrondissement/quartier in Paris: Belleville is my home and has been for over 10 years, but I think I could live anywhere in Paris – except perhaps for the 7th or 16th arrondissements. I’m more right bank than left bank, more east than west, but I make sure I walk everywhere in the city. I really would encourage people to go out to the suburbs too, which often have a very different atmosphere to Paris.

Are there any places you think should be part of Invisible Paris? What hidden gems have you found?