My French London: fall in love with French cheese all over again at La Fromagerie

As Francophiles, we all know how it feels to be caught under the spell of a French cheese that you can’t stop thinking about. You may be able to buy some cheese at your local supermarket, but it is not the same as real French fromage from small local producers.

As well as a growing French expat community in London, an increasing number of local Brits are embracing, and beginning to make, French food. Like us, they have fallen in love with France and are creating their own little corner of France in the British capital.

Ever since her first taste of Beaufort Chalet d’Alpage whilst skiing on the snowy slopes of Meribel, Patricia Michelson has been amoureuse de fromage. Bringing her new-found passion for French cheese back to the other side of the Channel, she has been seducing Londoners with her signature walk-in cheese room and its deliciously tempting mélange of flavours since 1992. We spoke to Patricia at La Fromagerie in Marylebone to share our love for cheese and get some expert tips about how to get savvy with le bon fromage.

Tell us the story behind La Fromagerie. Where does your passion for cheese come from? 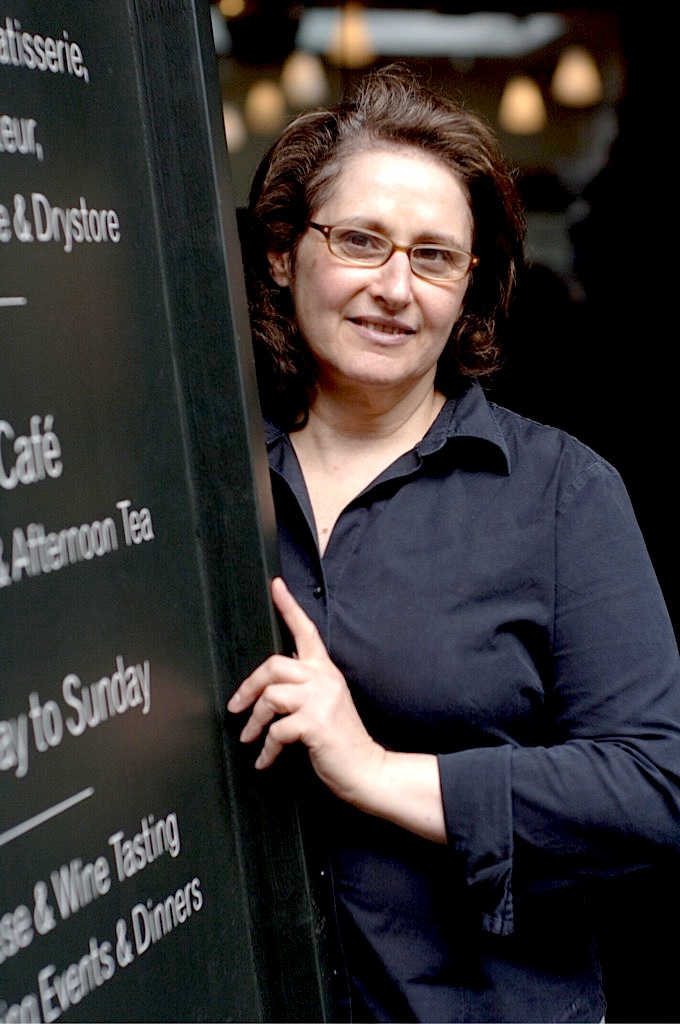 The business was inspired by my first taste of Beaufort Chalet d’Alpage whilst skiing in Meribel. I lost the group I was with when skiing, so I tried to get back down the mountain by myself. I was so miserable and cold by the end so when I passed a little cheese shop, La Fromagerie, I went in to buy some cheese. It was so delicious and revived me – I couldn’t get it out of my head for the rest of the holiday.

My husband was fed up of me going on and on about this amazing cheese so he took me down to the market to buy some more. I started chatting to the owner and told him I wanted some more cheese to take home to England with me.

My French wasn’t great at the time but I thought I had only asked for a piece. When the owner came to deliver the cheese to our chalet that evening I realised there had been a misunderstanding – he had come with a whole wheel of cheese, which weighed about 35 kilos!

I could not refuse the cheese so we put it in the boot of our car. Back in England I started giving it out to whoever visited – friends, family, even the postman! I then started giving it to local restaurants and wine dealers who loved it and started asking for more. I was invited to a food fair in London where the cheese was a complete sell-out!

I was enjoying the buzz so much that I went to Camden Lock Market and asked for a stall. I started to build up a great network of small cheese producers in France and it has all grown from there.

I opened a tiny shop nine months later in Highbury in 1992, which was pretty much an extension of my [garden] shed! In 2012 I opened my second shop in Moxton Street, which has a little cafe, serves lunch, and runs cheese and wine tastings.

What is a typical day like at La Fromagerie?

Every day is very busy and full-on. We start at 8am for breakfast and have fresh produce coming in from France and other European countries three times a week. In the evenings we run wine, cheese and charcuterie evenings.

What is your favourite cheese?

Beaufort will always be the Prince of Bries for me. It is what started the business and I think it’s important to always remember the cheese that changed your life. Of course it also depends on the time of year – the quality of cheese changes throughout the year.

…I think it’s important to always remember the cheese that changed your life.

What are the three most popular and three least popular cheeses? Why do you think this is so?

Cheddar is always very popular, even with the French! Comté is also a big hit – I get it from a fabulous little cheese maker near Monteaux. Rocquefort is another firm favourite. We are also known for our large collection of goat’s cheeses.

Is there a cheese that you believe to be underrated and that more people should try? And why?

There are lots! It tends to be ones that people don’t know much about. We try to encourage our customers to be more open-minded when it comes to choosing cheese – ask us to get you to try something new – you will be surprised!

What qualities does an exceptional fromagère need to succeed and really excel in this business?

There is no formal theory when it comes to working with cheese – you must learn from your senses. I would say first of all that you must love cheese. There is nothing worse than going into a cheese shop and asking someone a question and the cheese monger saying that they don’t know or that they haven’t tasted the cheese itself.

All the trainees at La Fromagerie taste cheese and discuss it together. It is also really important to know how to look after cheese by cutting it neatly and wrapping it in good quality wax paper. 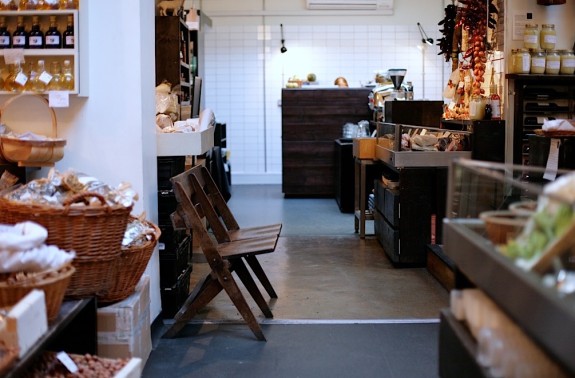 Local, artisanal products seem to be an integral part of French identity. A sense of tradition has managed to continue in French communities, more so than in many others around the world – why do you think this is so? How do buying habits of English residents differ?

Artisan culture is very special and particular to France. Buying local is very important to the French, but England is starting to cotton on. Farmers’ markets are growing, particularly in London.

In fact, the capital has some of the best food markets in the world. I would also consider getting cheese from France as supporting local produce – transporting cheese from Paris to London is the same distance as from London to Brighton!

Patricia’s passion for cheese is infectious – after your first visit to La Fromagerie you’ll soon be back for your next fromage fix.

Have you checked out La Fromagerie?  Where do you get your favourite French fromage? Join the conversation in the comments below.