Creative parallels: “…and he lives in the 13th” Paris story – Aurore Pont 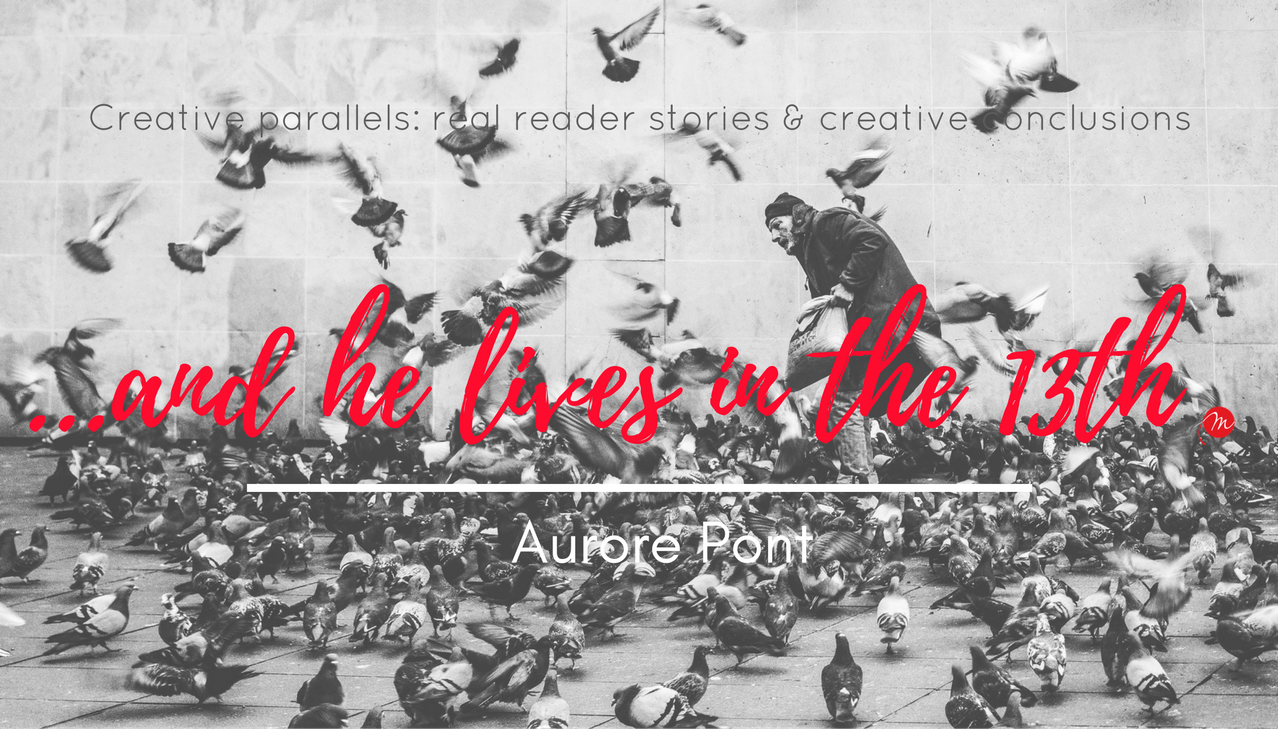 One of our readers shared their personal Paris story, steeped in family history and mystery. We turned it over to the MyFrenchLife™ community, inviting them to get creative and write alternate endings to the intriguing ‘…and he lives in the 13th!’ Paris story.

Jane S. Gabin starts this Paris story: “After my father passed away, I had to clear out my parents’ place. I found a box of old photos stashed away, marked ‘Memorabilia.’ Going through it, there are many people I recognized – but also many I did not. There were dozens of photos from WWII.

Aurore Pont continues: Probably the most exciting quest I ever undertook began on a sunny afternoon in June. I was waiting in front of a fountain made of small cast-iron sculptures in place de la Commune-de-Paris in the 13th arrondissement. Right across the place was a small bistrot aptly named L’Espérance. A row of four tables, with wooden chairs, was placed on the footpath to indulge in the ‘people-watching’ the French love to do so much while sipping a Perrier Citron.

A man with a walking stick came towards me. He was tall and still looked strong despite the years that had gone by. He was dressed in a white polo shirt and a pair of beige cotton trousers. “Bonjour”, he said in a clear voice, “vous êtes bien Jane?”Remembering my French, I confirmed and showed him the black and white photo that prompted the start of this epic journey.

We started walking as he explained: “My father Jacques was a member of the French Resistance during the liberation of Paris in August 1944. He fought alongside the 4th Infantry Division which your father Richard belonged to. But what got them close wasn’t so much the battle…”

“It was art. My father was a painter by trade and despite his rugged looks and stern attitude, he was a passionate artist. Paris was a very popular place for foreign artists back then. Richard had taken a lot of photographs of the war and they both spent hours debating about it and painting in the workshop. The floor of the workshop was an explosion of colours, a stark contrast with the horrors we had witnessed, and a place where their friendship developed.”

“Sadly most of it is gone.” We were now at Place Paul-Verlaine, a leafy square bustling with children playing chat. We sat on the long stone benches dating back to the early 1900s. “As you have experienced, a photograph is worth a thousand words”, he looked down at the side of the bench, “but a few words can be just as meaningful.” Discreetly engraved on the stone were the words: “Jacques et Richard, amis pour la vie.”

Do you have a personal Paris story you’d like to share?
If you would like to share your unique experience of Paris or France, or if you’d like to add your own creative, alternate ending to the ‘…and he lives in the 13th!’ Paris story, please get in touch!  In the meantime, join the conversation below.