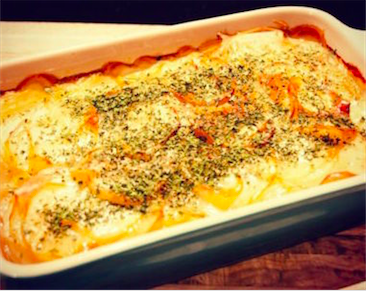 We’re passionate about continuing the challenge of mastering classic French cooking at home without having professional training.

In this series we bring you tips and recipes from others who share our passion. 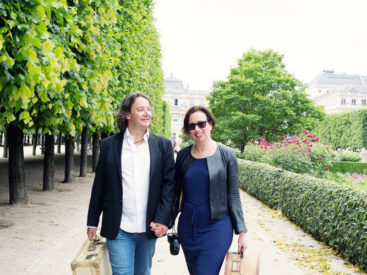 French style potatoes are a popular accompaniment to many meals in France, and the perfect choice for our readers in Australia as winter arrives. The hearty Boulangère Potato dish may sound fancy, but Janelle Gould of Distant Francophile blog shares more cooking tips, taking us through her simplified version of how to make this French favourite, as her husband Scott gets behind the lens to take the photos.

Janelle says: “Potatoes feature heavily on French menus. And they can be prepared in so many tasty ways. Dauphinoise. Paris mash. Duchess potatoes. (And I’ve not even mentioned French fries)”.

But one of the true classics is also a cinch to prepare – Boulangère Potatoes.

All classics have back stories. And if you look into the legend behind this classic you will find a charming tale. Apparently village locals would visit the baker at their local boulangerie with their potatoes and, once the bread had been baked, the potatoes would be cooked in the cooling oven.

But you don’t need a boulangerie to do your own version of this classic dish. All you need is few basic ingredients and a standard domestic oven!

Here’s the recipe for my Boulangère Potatoes. 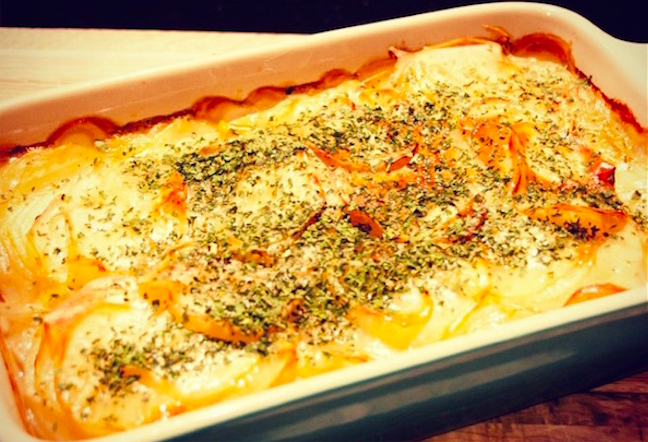 A sprinkle of dried parsley.

What is your preferred French style potato dish? Have you ever attempted your own version of Boulangère Potatoes? Share your thoughts and experiences with us below!