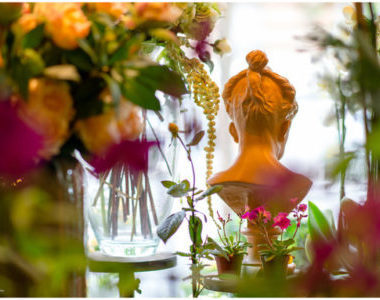 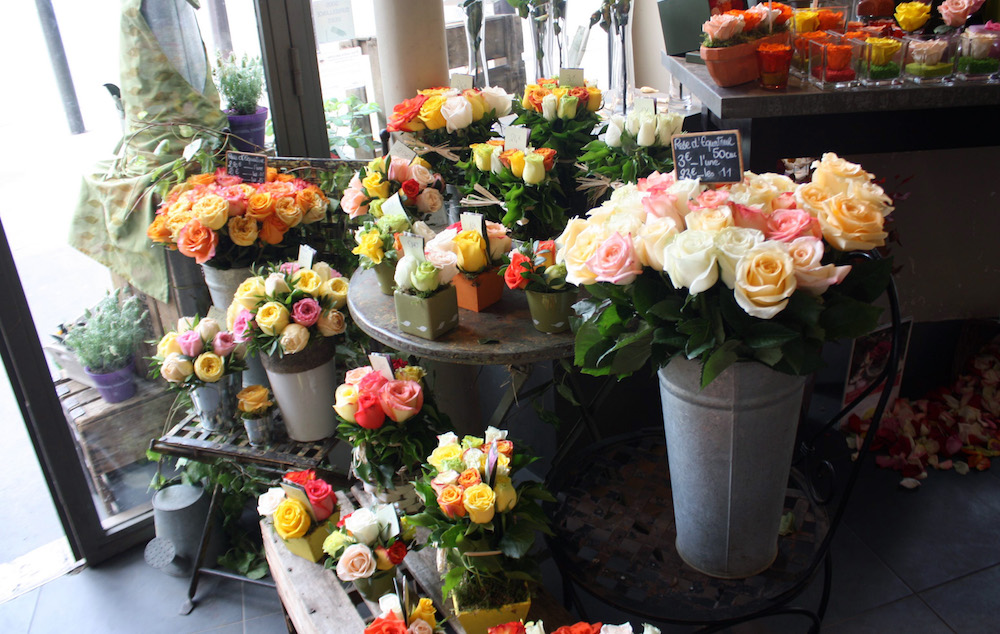 In our view these small businesses and the passionate people behind them are exactly what give Paris its magic and unique charm.

Here we’ve rounded up our favourite fleuristes of the Left Bank. 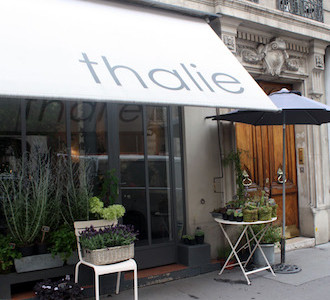 Thalie is one of the many delightful artisan Paris florists that characterise Paris, standing as part of a beautiful building on rue Saint Jacques in the 5th arrondissement.

Pascale Leray, the chief florist and owner of Thalie, is a cheerful woman. She has owned her business since 1985 and is a true artisan – her flowers have previously been chosen to brighten up the home of French interior designer and columnist Isabelle Cadd… Read more here 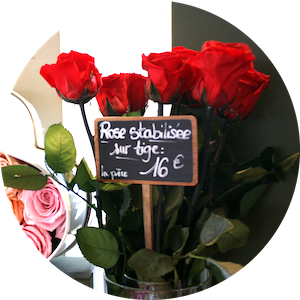 Situated on the busy boulevard Saint-Germain, Au Nom de la Rose is perched on prime Parisian real estate. Just steps away from Notre Dame, it rests in the heart of the Latin Quarter, offering every type of rose imaginable.

Florist Aline Bouhêret studied at the best floristry school for Paris florists, but more than that, she represents a new generation of artisans who appear to be just as determined and dedicated to their craft as the old guard… Read more here 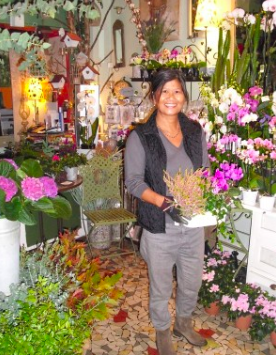 Exchanging an impressive salary at an airline company for the simple pleasures that come from working with flowers, Anne Leroy set up her floristry business, Au Delà des Prés, in the 14th arrondissement and has since built up an impressive clientele.

Located on boulevard du Montparnasse, you won’t find many tourists in this area – it’s the Paris of Parisians.

In addition to her beautiful floral arrangements, we were certainly impressed by Anne’s enthusiasm and dedication!  Read more here 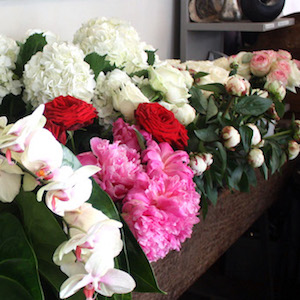 Fabien Joly is an artisan and he’s proud of it. It says it right there, on his business card.

Where many other Paris florists allow their attention to craft and quality to manifest in more implicit ways – a humble storefront, a shop overflowing with delicate bouquets, and a wary eye for those who cannot tell the difference between a true fleuriste and a mere vendeur des fleurs – Fabien isn’t afraid to proudly declare his status… Read more here

Have you visited any of these Paris florists on the rive gauche? Do you have other favourites or suggestions? Let us know in the comments below!