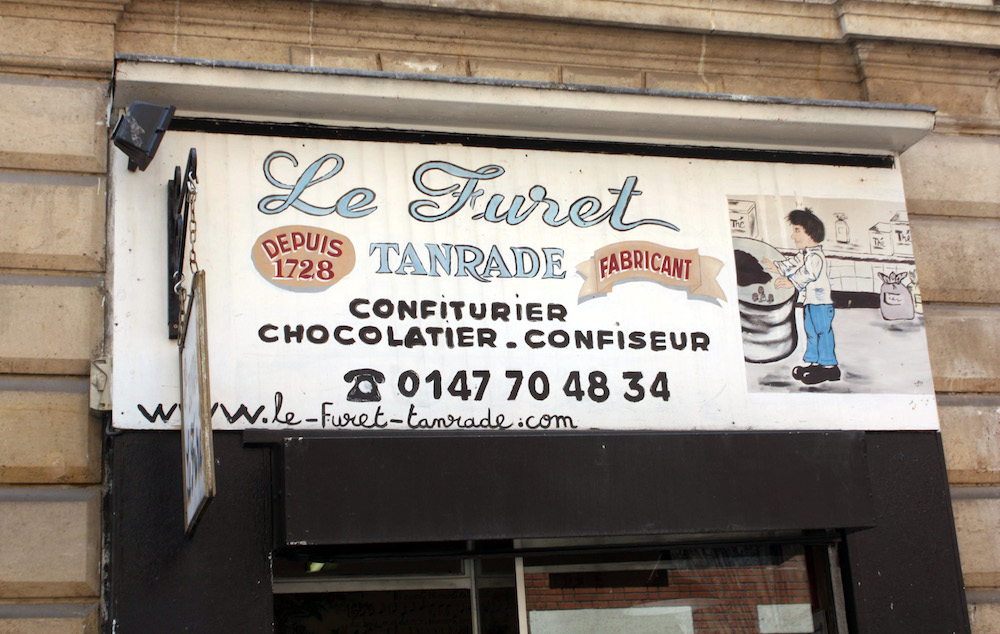 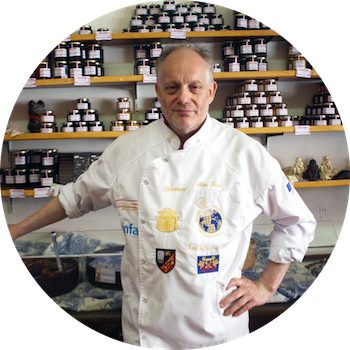 Despite its charmingly vintage-looking sign, emblazoned with a mischievous ferret, Le Furet Tanrade is almost perilously easy to miss. We only stumbled upon the tiny confiserie because our team member Justine Goode lived right across the street from Rue des Mesageries, where Alain Furet, a master chocolatier and famous confectioner, has set up shop.

The reason behind this modest storefront is, in fact, slightly heartbreaking—Alain’s original store, which sat on rue Chabrol for over 20 years, burned down in 2011. Now, Alain is picking up the pieces and carrying on a 287-year tradition of excellence.

The Tanrade brand has existed since 1728, a year that made us do a double take when we first saw it painted on the store’s sign. Alain bought the name from a descendant of the original owner in the 1980s, and subsequently assembled a top-notch team of professionals who helped him churn out world-renowned jams, chocolates and pastries.

Unfortunately, all of that changed after the fire. He was forced to let his staff go and start over in a smaller shop, although the quality of his products remains as excellent as ever. 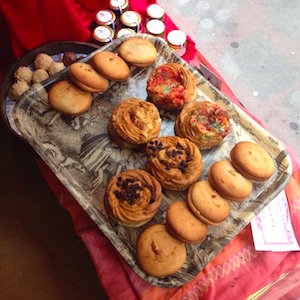 Furet is candid about the financial challenges of starting from scratch, and persevering as one of the few true artisans left in Paris. The neighbourhood he inhabits in the 10th arrondissement is known by many to be “très branchée”—an up-and-coming area undergoing a hipster transformation at lightning speed—and Furet, for his part, sees the positives and negatives of this evolution.

Although he mourns the changing marketplace, he is not one to be left behind. He is actively involved with La Ruche qui dit Oui, a website that helps artisans connect and sell their products. Have we mentioned that Alain holds the prestigious title of Meilleur Ouvrier de France?

There is no doubt Le Furet Tanrade will be able to eventually return to its former glory—former customers include Balzac and Proust—but as with any artisan product, it might take a little extra time and care to get there. And we’re glad that Alain is so persevering – after all, it’s artisans like him and businesses like Le Furet Tanrade that make wandering along Paris’ streets a special treat.

Inspired by Alain’s story, we at MyFrenchLife™ were delighted to have had the chance to speak with him and are even more excited to share his story with you.

First of all, we’re interested in how Le Furet Tanrade began. Could you explain its history?

This shop, or the brand? 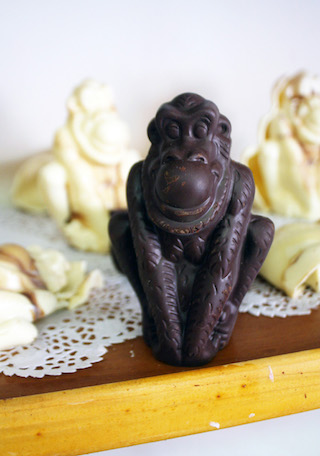 Both, if there are different stories!

Okay, both. The brand, it’s existed since 1728. For 261 years, it was on another street, and then 26 years on rue Chabrol. But there was a fire and everything was lost, so we opened here for what was supposed to be a year. But now it’s been three years. It was supposed to be provisional, interim. But provisoire, normally that’s for a short period of time. But it’s been three years.

And was the older shop in Paris as well?

And where are your products made?

They’re made in Argenteuil [an area outside of Paris, in Val-de-l’Oise].

And for you, was this a family tradition?

No, not really. I had the opportunity to meet Tanrade (a descendent of the shop’s original founder). We figured out how to continue on in the same image, and he taught me everything I needed to know about fruits and jams.

Could you describe some of your products?

So, the products. We work only according to the seasons, dictated by the fruits. And after, we make la confiture, and the ‘confitures politiques’, for political figures. We even made la confiture Obama.

What are your most popular products?

Well, we have the chocolate. The chocolate is about 40% at Christmas and 30% at Easter. Actually, all the chocolate you see right here is fake, because it’s too hot. If we put out the real chocolate, it would melt. It’s exceptional, mais voilà. And next, we have the jams. The jams for breakfast, and also la confiture cadeau, which are richer and a bit fancier.

Without money, you really can’t do much—you’re in a hole. It’s unfortunate, because as artisans you have a certain savoir-faire.

What else can you tell us about this store – Le Furet Tanrade?

We actually got a bit of publicity in the States, so now Americans who visit pass through here. They go out of their way to stop by, because we were featured in the Louis Vuitton Guide. I have it downstairs, I’ll go get it.

[he retrieves it for me and points out their page proudly]

Yes, it says we work with the seasons, according to the seasons. So, I don’t know what to call that, exactly… It’s really artisan, we’re making artisan jams. We strive for quality.

And what does the idea ‘artisan’ mean to you?

Well, at the moment, le nerf de la guerre, l’oxygène pour respirer, it’s money. Without money, you really can’t do much—you’re in a hole. It’s unfortunate, because as artisans you have a certain savoir-faire. You have lots of ideas, but often you can’t do anything. No one helps you. 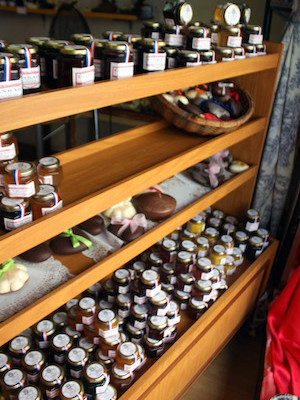 In France, many people have financiers who can supplement them. And pure artisans lack this. And the other businesses with financiers behind them, it’s a little like having a patron.

What do you think of this neighbourhood?

This neighbourhood, about 27 or 28 years ago, it started to shift. It’s a neighbourhood with fewer and fewer artisans, just restaurants—un quartier bobo.

And when did this sort of ‘hipster invasion’ start?

About three years ago.

It is recent. They were in Paris in the 11th arrondissement, and then the 10th, so they’ve been displacing themselves. They have good taste, and they’ve made it a neighbourhood with interesting things to buy—there’s a demand for what they’re offering.

It’s really not just restaurants, more and more there are ‘artisans’ who are appearing, but they are easily replaced or bought by chains. But now there’s the Internet, and social networking, so we can come together and share our goods in another way. But it’s a little unfortunate, the way things have changed.

What did you find most interesting about Alain’s story about Le Furet Tanrade? Share your thoughts with us in the comments below!