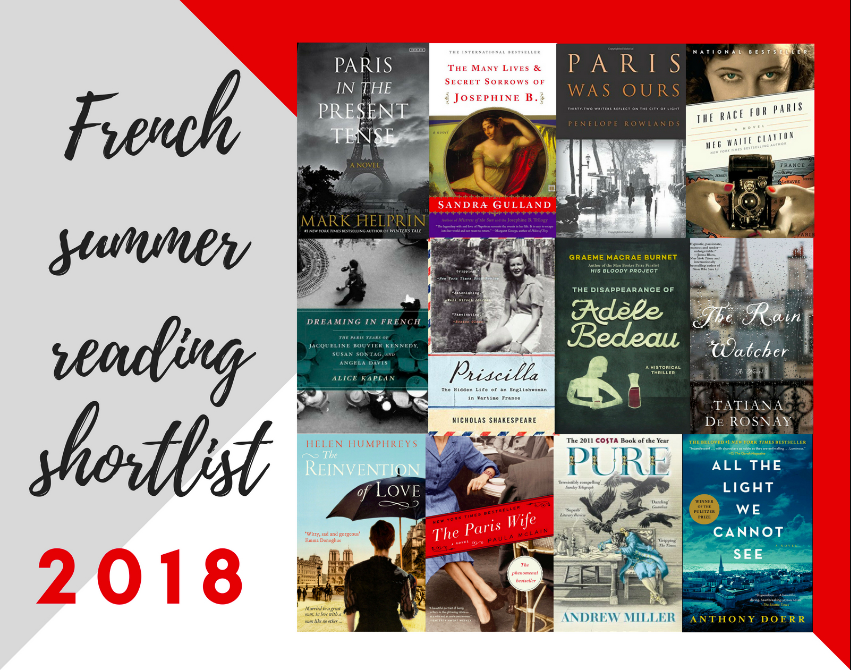 As Summer is coming, there’ll be more time to enjoy reading, be it while lying on a sandy beach or in the refreshing shade of a tree. It’s a perfect time to wander away from the constraint of the book club and become immersed in our French summer reading list – an eclectic selection of 11 English language books where France plays the starring role.

Since the idea of a book club of recently-translated French novels took shape, and came to life in the MyFrenchLife™ realm (the MyFrenchLife.org website, the community page and the Goodreads group), the ongoing discussions with members and readers led me to develop a list of novels written by native English speakers which are related to France.

Indeed, being the facilitator of a book club is a thrilling and enriching experience, but it can also be a frustrating one on both sides, as one gets to read one book at a time, imposed by the chosen theme and timeline. At some point, it becomes a question of reading survival to enlarge one’s horizon.

So let’s allow ourselves to become immersed in an eclectic selection of 11 books set in France, outside the resrictions of any book club!

Historical fiction is my favorite genre and had always had a soft spot for the future Empress Josephine. I mainly remember from history classes that she had been vilified and rejected for not being able to produce an heir to Napoleon and I felt sorry for her.

Sandra Gulland does her justice in this book, which I literally devoured! It’s the first one of a trilogy, so you can ‘binge-read’ them to know absolutely everything about the post-French-Revolution era and this fascinating character. 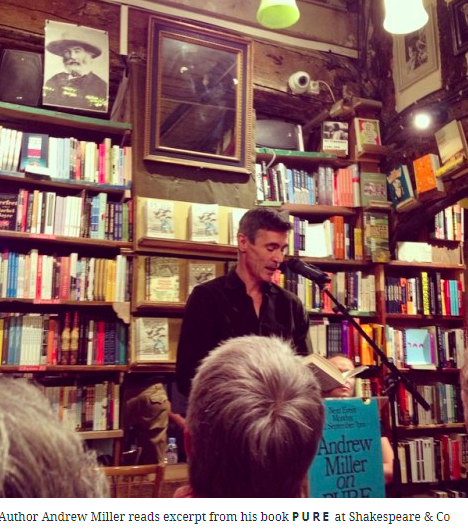 Author Andrew Miller was invited, a few years ago, by Paris bookstore Shakespeare & Co, to present his latest book ‘Pure’. He said that he was a former student of the acclaimed British historical fiction author Rose Tremain and that she had influenced his writing.

It’s a beautifully written novel that takes place deep in the heart of 1785 Paris and is about the destruction of ‘Le Cimetière des Innocents’ (The Cemetery of the Innocents). 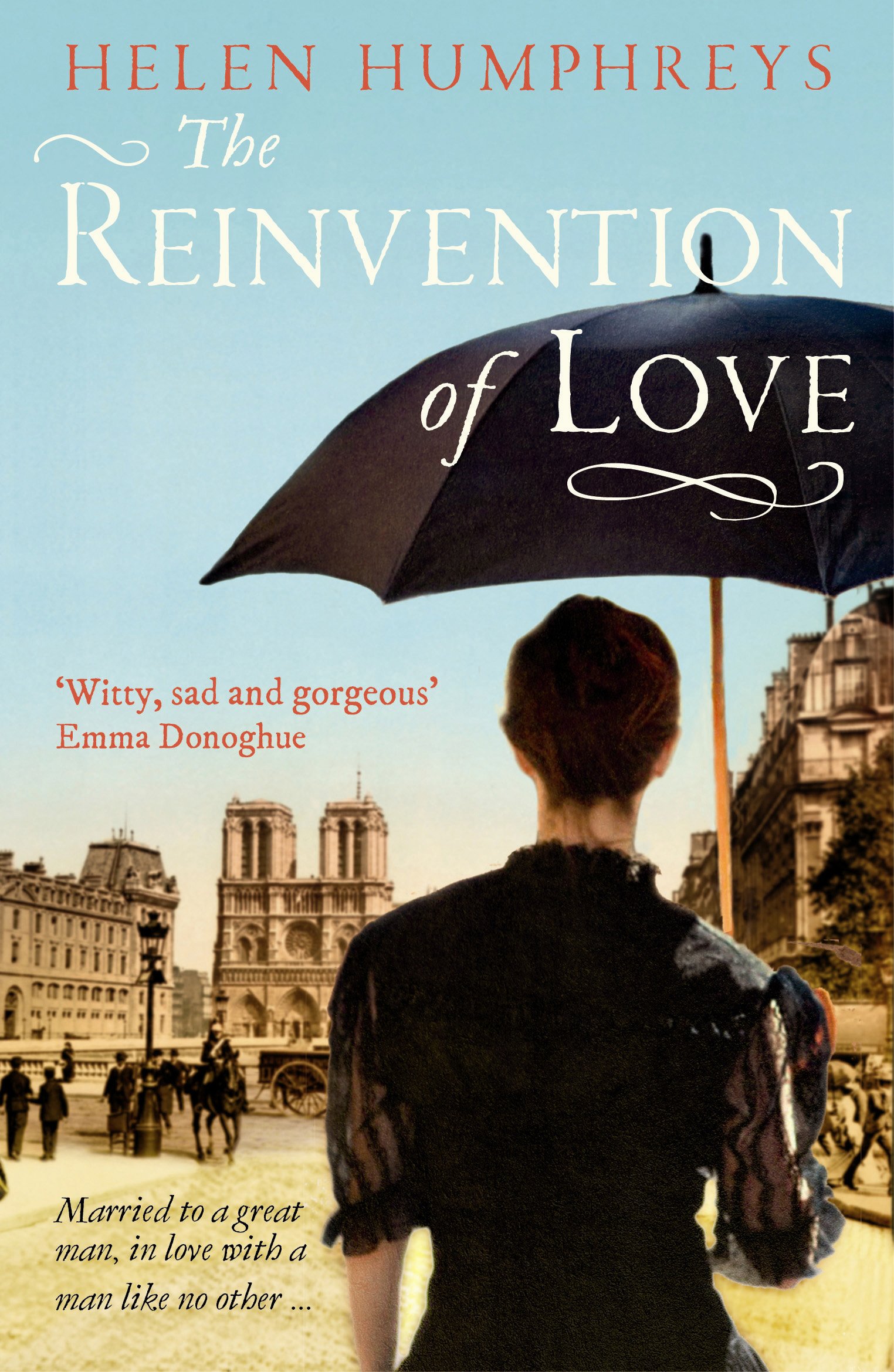 The title caught my attention (a famous quote by Rimbaud “Il faut réinventer l’amour”) as well as the name of its protagonists:  Victor Hugo, his wife Adèle and the renowned literary critic Charles Sainte-Beuve. Charles, Adèle and, to a lesser degree Dédé (her youngest daughter) are the three voices of this historical fiction novel, written in the present tense but covering the three decades of their story.

A story which revolves around the short-lived love affair between Charles and Adèle, its consequences and how it continued to haunt them long after the cheated husband and famous writer put an end to it.

So… it’s about Adèle, not Victor!

This is a book that captures the roaring twenties, the so-called Lost Generation of American artists in Paris, focusing on Hemingway and the story of his marriage to Hadley Richardson. 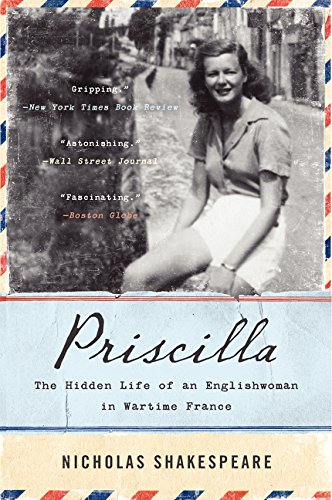 A review of this book in The New York Times Weekend Edition of 18-19 January 2014 entitled ‘Secrets to surviving in occupied France’ commenced by the following question the author had asked his aunt when a child “What did you do in the war, Auntie?” and then continued “…Priscilla Thompson was long dead when her nephew Nicholas Shakespeare was moved to find an answer.”

Perfect grabber, I wanted to have the answer right away too and it was not long before I had ordered the book online!

This is an indispensable book by a best-selling author that takes place during World War II France and which was awarded the Pulitzer Prize for fiction, in which the destiny of a young blind girl and a German boy collide.

The three protagonists are two British female war correspondents and a military photographer who travel from Normandy to Paris in the summer of 1944.

“What Jackie Kennedy, Susan Sontag, and Angela Davis owed to their time abroad and how their American fame reverberated back to France are the questions at the heart of the book, a triptych of three young women’s cultural, academic, and social lives in Paris and a study of influence in several directions.” (book blurb)

Jules Lacour, an aging cellist, is a Holocaust survivor as a young child. At the end of his life, he embarks upon a plan that will both validate his life and ensure that love continues.

There is, of course, more to this story than those two lines, in which Paris, as suggested by the title, plays a central part! 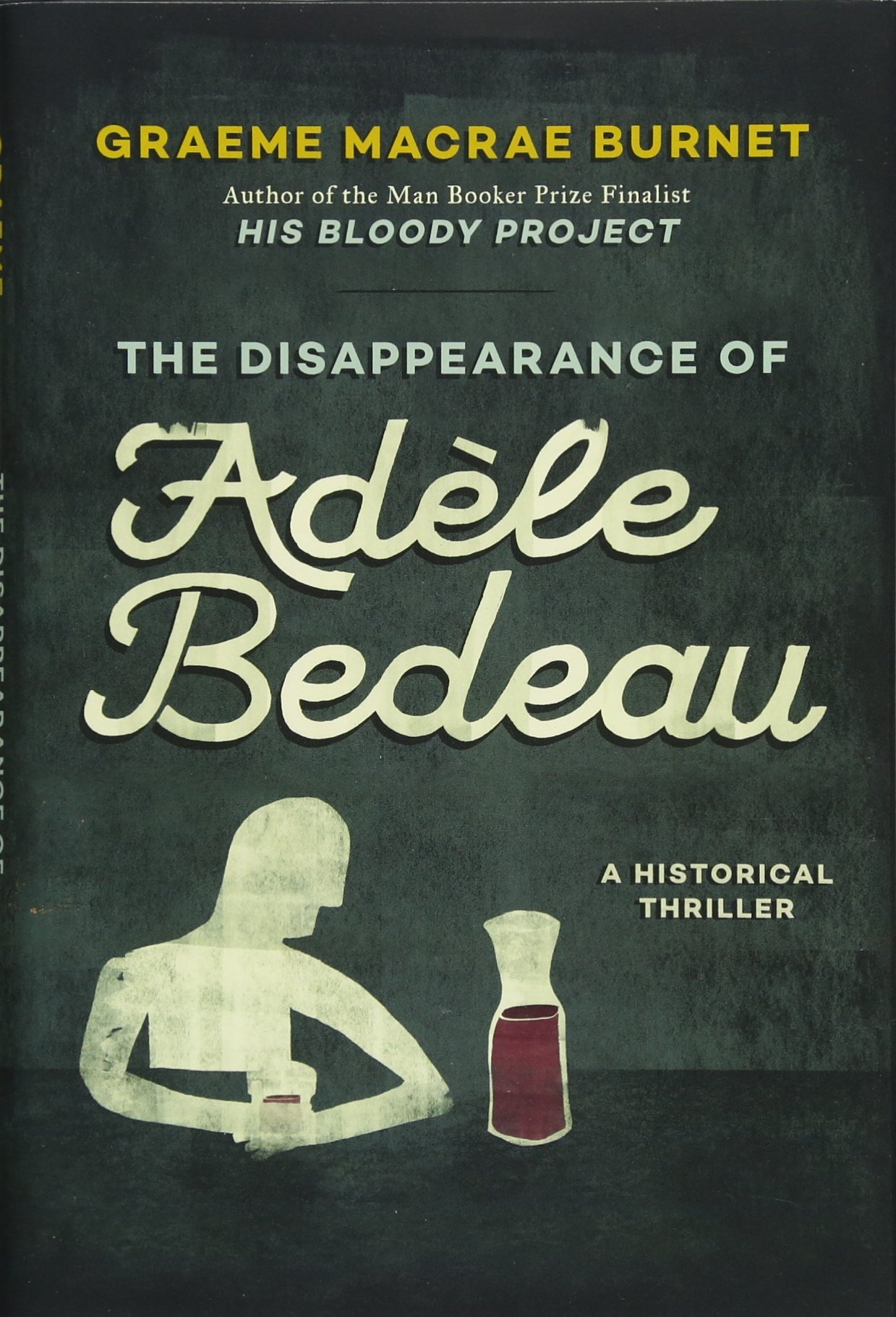 Graeme Macrae Burnet’s 2016 novel ‘His Bloody Project’ was Man Booker Prize nominee and this is how I first discovered this writer. I learned he was Scottish, had lived for several years in France and he had been influenced by French detective stories author George Simenon.

Hence the setting of ‘The Disappearance of Adèle Bedeau’ -a small village in France and the genre – a literary mystery novel. 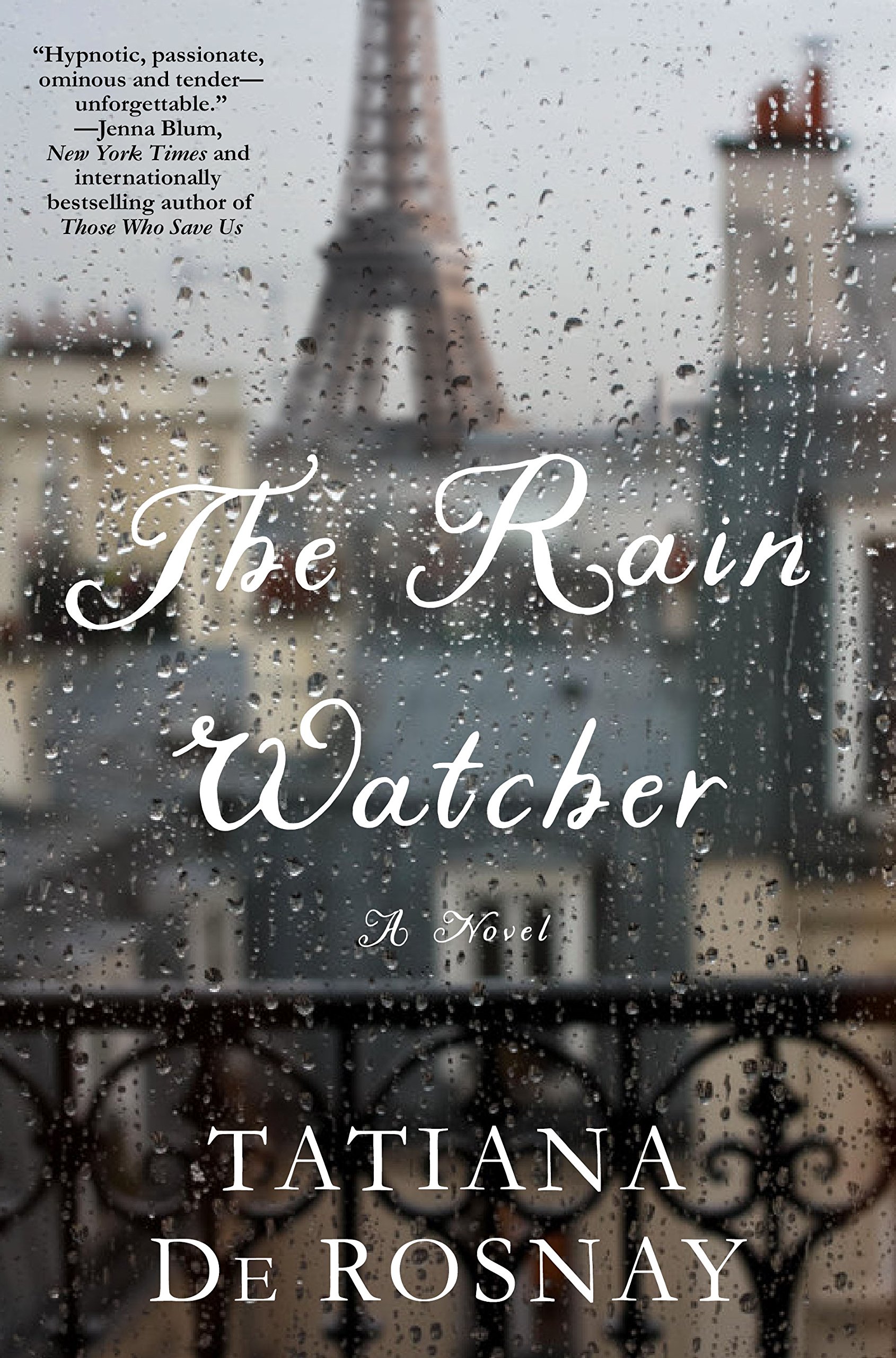 I have not read this book yet but all the reviews concur for praising it. The book has just been published in French under title ‘Sentinelles de la Pluie’ and will be available in English in October 2018. Tatania de Rosnay also writes in English and is the best-selling author of ‘Sarah’s Key’. In her own words:

“I wanted to write about a son who finds the courage to talk to his ailing father at last, about himself, about who he really is. And I wanted to describe the city I love, the city I was born in, Paris, flooded by a catastrophic natural disaster that could very well happen today: the river Seine bursting its banks.”

Why is Paris a source of inspiration for writers? 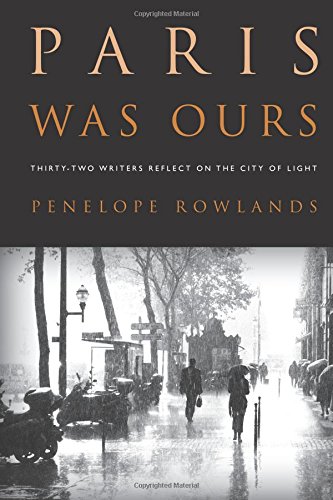 As I was doing some research on this French summer reading list, I came across another relevant book, ‘Paris was Ours’.  It is a collection of memoirs by thirty-two writers compiled by Penelope Rowlands in which they all justify their love for the ‘City of Light’.

In the end, the question she asked herself could well be ours to ponder:

“Why of all the places I’ve lived, did Paris affect me the most? For, although I’ve lived in half a dozen cities, this one left the deepest mark.”

Have you read any books on our French Summer reading list? Are you particularly attracted to one? Please also answer the last question – it’s a tough one! Let us know in the comments section below.