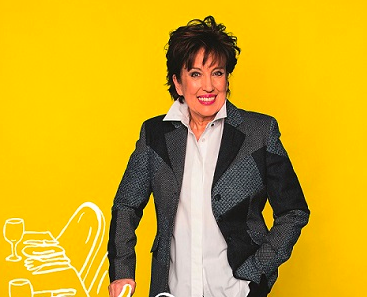 Lover of life, energetic, independent, outspoken, Roselyne Bachelot has published a book as cheerful as her that explains how to be comfortable with your age and how to grow old happily.

We discuss her philosophy on life and her new book, titled ‘Comfortable with my age, it all starts at 60! My secrets and tips for being happy’

Raised in a strict household and from a line of hard-working women, little Roselyne chose her maternal grandmother as a role model. She liked her zest for life and creativity but laments that she didn’t have an outlet for it. “She was very elegant, didn’t know how to read nor write and had no education. She used to say: ‘As a maid, I would eat chicken’s neck, and today as the boss I still eat chicken’s neck!’”

In a family which was drawn to reading and all things intellectual, she was sent to boarding school from the age of seven to devote herself to her studies, just like her mother before her. She was a very good student, which left her a lot of time to muck around…

Expelled for two weeks by the nuns for her “Voltaire-like spirit”, her father warned her: “If you don’t study you’ll end up a housemaid” and he treated her like one as punishment, having to serve her parents at the table for that period.

My younger sister Françoise said about me: you see life as a bowl of fruit; you devour each fruit with the juice running down your chin. Life has served me a delicious dish! 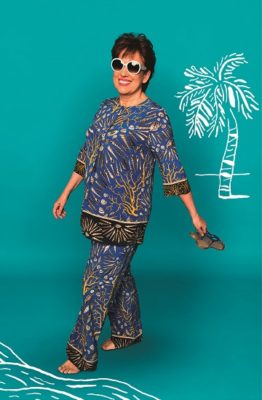 During a time when girls studied for a baccalaureate, followed by degrees in history or literature while waiting for a husband – if they didn’t already have one, that is – Roselyne, baccalaureate in hand, started to work to be financially independent while her husband finished his studies.

She worked for pharmaceutical labs, lived on the road and slept in hotels. Once her husband had established himself as a pharmacist, she resumed her studies in pharmacy which led to a major promotion!

“You won’t have a dowry, but you will have a career” her parents told their daughters. For Roselyne Bachelot, everything stems from hard work.

Roselyne Bachelot took up politics by chance in 1982. She was put forward to run in an impregnable district where she was told she would have no chance. However at the end of a ceaseless six-month campaign she was elected, making those who asked her to run say: “If we had known it was possible, we would have put a man in!”

For Roselyne, ‘habeas corpus’ is fundamental, being independent is part of her personality and she won’t put up with anyone trying to influence her. Her father taught her what she calls ‘the asceticism of saying goodbye’: “You have to leave your office every evening as if you will never come back. We are just passing through”.

Roselyne Bachelot: comfortable with her age 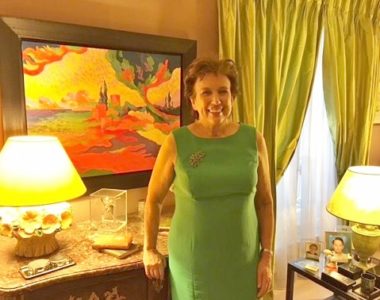 Roselyne Bachelot’s new book is in illustrated magazine style, convivial and cheerful like her. She happily divulges her secrets and tips to ageing well in your sixties and older.

Before doing anything, she advises establishing a list of your passions.

The next step is to empty your wardrobe. Then the beautiful sixty-something (who is going to enter a new decade in a few days…) gives a list of fashion dos and don’ts, before getting stuck in to health advice and well-being goals (“Have an emperor’s breakfast, a prince’s lunch, a pauper’s dinner”).

She finishes with advice on hobbies, travelling, grandchildren and even partners.

It’s full of inexpensive suggestions, a real treasure trove! You can even find some of Roselyne’s home made recipes.

“I would like to say to all women that they are great, notably those of my generation, who are caught between bickering grandchildren and a mother reaching Alzheimer’s… those who fought for and built a world for young girls in the 21st century. Let’s stay mobilised!”

Looking at life differently, in a positive and often humorous way; embracing the last quarter of life through self-fulfilment; openness to others and freedom: ideas that we share completely and which make Roselyne Bachelot a real role model!

Are you comfortable with your age? Like Roselyne Bachelot are you making the most of your years? Let us know in the comments below!