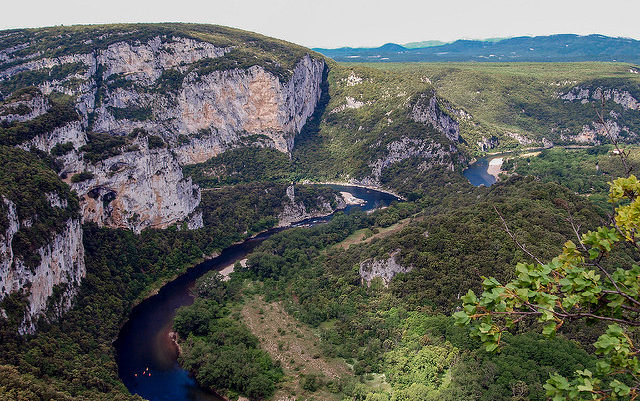 The Gorges de l’Ardèche draw over a million visitors each year. Colloquially known as the European Grand Canyon, a beautiful road with spellbinding views runs for 30 kilometers along the edge of this deep crevasse between Vallon Pont d’Arc and Saint Martin d’Ardèche. (The latter village is officially listed as one of Les Plus Beaux Villages de France.)

On the South side of the river, only a few hundred metres away as the crow flies from these spectacularly beautiful gorges, is a ruined hamlet known as Les Crottes. Hidden away amongst the ruins in this remote place is a small monument, hastily erected after the Liberation.

The tragic history of Les Crottes

The monument commemorates a night of frenzied brutality committed in this area of such spectacular natural beauty. In 1944, only three families had made the hamlet their home, and in the dead of night on 3 March, the Nazi beast arrived. All 15 inhabitants were lined up and shot as a reprisal against the local maquisards who had recently attacked a German regiment nearby. The victims ranged in age from a boy of 15 to an old woman of 73.

The atrocity became known locally as ‘Little Oradour’, after the dreadful evil that befell Oradour-sur-Glane a few months later. In this other palpable display of evil, soldiers in the ‘Das Reich’ regiment murdered over 600 men, women and children before torching the village. After the war, De Gaulle ordered that Oradour-sur-Glane be declared a memorial and left in its ruined state for posterity.

Following the Liberation, De Gaulle realised that the Cold War required a new look at European politics. So, in a famous speech in September 1962 he described France’s former war-time enemy as “a great people”. The tone of what he said is credited with revising post-war Franco-German relations. This culminated in Jacques Chirac’s speech in Berlin in 2000. He finished with: “Vive l’Allemagne! Vive la France! Et vive l’Union européenne!”

Does this mean that the time has now come for the perpetrators of the monstrous evils of Oradour-sur-Glane and Les Crottes – and countless other war crimes – to be forgiven and forgotten? 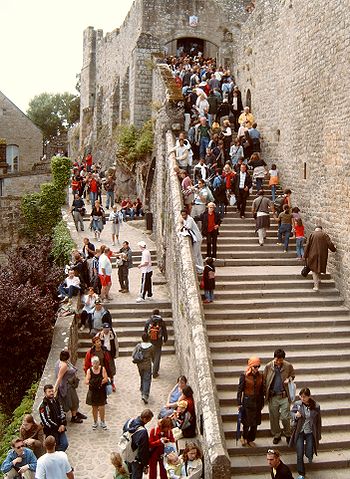 Fast forward to 2016. Today, France is still the world’s top tourist destination, with 83 million foreign tourists. Germans make up the greatest number of foreign tourists in France, just ahead of the British.

This reveals a pragmatic and mature attitude towards reconciliation in the twenty-first century. It appears that, given time, restoring mutual respect between individuals and re-establishing normal relations between belligerents is entirely possible.

Despite the early post WWII boycotts of Japanese and German goods by the families of servicemen in Allied countries, today, trade with those countries is universally accepted. And only 40 years after the war in Indochina, almost a million Americans and Australian tourists visit Vietnam each year.

So, despite a host of ongoing enmities around the world, is this a sign of hope? Does time heal all wounds? Is “Forgive but don’t forget” the answer to man’s shoddy record of inhumanity to man? Was Tolstoy right when he wrote: “Let us forgive each other – only then will we live in peace”?

Can we move on from atrocities like Les Crottes? Or are we kidding ourselves? Is the next wartime atrocity just around the corner? Share your view in the comments below.