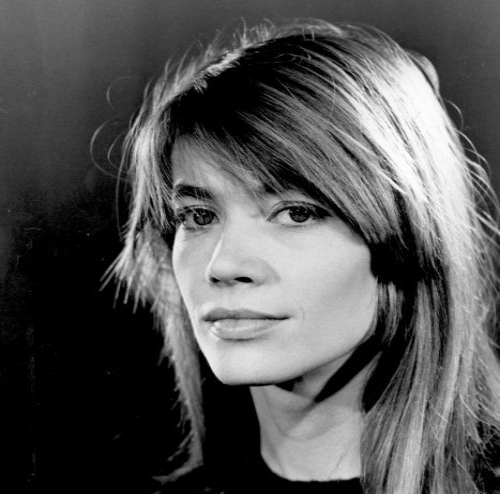 Hello and welcome back to another French Music Monday! Here at Ma Vie Française™ we understand that Mondays can be a drag, so we bring you a selection of French musicians and French-language songs to help start your week. Because if you’re going to force yourself through a Monday, it might as well have theme music.

As I understand it, the yé-yé genre is best described as ‘1960s teeny-bopper music’. I imagine it would have been the equivelant of listening to Taylor Swift and Carly Rae Jepsen (that’s not a dig – I quite like Taylor and Carly, much to my friends’ horror).

The term is apparently derived from aforementioned teeny boppers shouting “yeah! yeah!” at concert venues and the genre revolved around teen girls who were marketed as being innocent, naive virgins and simultaneously highly sexualised symbols for the teen boys to pant over. Think Britney Spears circa 1999 – remember ‘Hit Me Baby One More Time?’

How ridiculously catchy is this song? It’s tooth-rottingly sweet and extremely cutesy and I should hate it, but I don’t.

The singer, 16-year-old teen sweetheart Gillian Hills, would later shed her ‘good little girl‘ image as well as her clothes (she gets naked with Jane Birkin) in Michelangelo Antonioni’s film ‘Blow Up’. (Any ‘Mad Men’ fans out there? You may remember Don Draper’s suprise birthday party, during which Megan serenades him with this song. It’s a nice scene, though perhaps more blatantly sexual than the original video clip.)

An excellent song by France Gall, who I’ve mentioned before. Some English readers might, like me, listen to this song on repeat for fifteen minutes thinking “where on Earth have I heard this before?! Oh no, this is going to bug me”. (Others may do what I didn’t and simply Google the song rather than fretting about it for so long, but I digress.)

Allow me to put you out of your misery – you’ll have heard April March’s 1995 English cover of this tune in Jamie Babbit’s ‘But I’m a Cheerleader’ or in Quentin Tarentino’s ‘Death Proof’.

Stylish, gorgeous Françoise Hardy: her songs weren’t as deliberately naive nor as sickeningly cutesy as other’s of her era; some songs were really quite reflective and deep. This song in particular sold over a million copies and is an enduring classic. Personally, I think she’s a lot cooler than most other yé-yé singers. Seriously, have a look – I’ve seen many a hipster sauntering around the city trying to acheive that sort of look and failing miserably.

Annie Chancel, otherwise known as Sheila, possibly the most successful yé-yé girl of her era. She was your girl-next-door type; not talented or beautiful enough to intimidate young listeners out of buying her albums. She’s sold some 25 million records over the span of her career. Pretty impressive! This song is quite fun, and the video features Sheila and her friends playing out an unfulfilled fantasy of mine: ripping up schoolbooks and burning them.

Dubbed ‘la collégienne du twist’ (the twisting schoolgirl) by the French press, Sylvie was quite successful and is still very well-known. ‘Jolie Poupée’ is one of her more famous songs, but I prefer ‘Par Amour, Par Pitié’. Sadly I couldn’t find a good embeddable version of the clip, but you can see the good clip on Youtube.

Image Credit:
1. Françoise Hardy, via In Search of Sadie