Travelling to Paris is a dream for many people – something for the bucket list. We’ve seen it in so many films, read so many accounts of it, seen too many icons for it to ever completely live up to our expectations.

Navigating Parisian restaurants leaves many travellers daunted – why choose a bistro and not a brasserie? (Or vice versa?) What exactly are we saying ‘oui‘ to? And how do we know we are experiencing authentic Parisian dining at its best, and not some ‘made for tourists’ pastiche?

Tom Reeves’ ebook ‘Dining Out in Paris: What You Need to Know Before You Get to the City of Light’ gives us the clues we need to not only eat out well in Paris, but to have a far less intimidating dining experience. It’s his second book about the city; his first book, ‘Paris Insights – An Anthology’ was released in 2010.

The book is basically in two halves – the first part decodes eating out (and food shopping) for the non-French while the second half reviews twelve Parisian eateries. 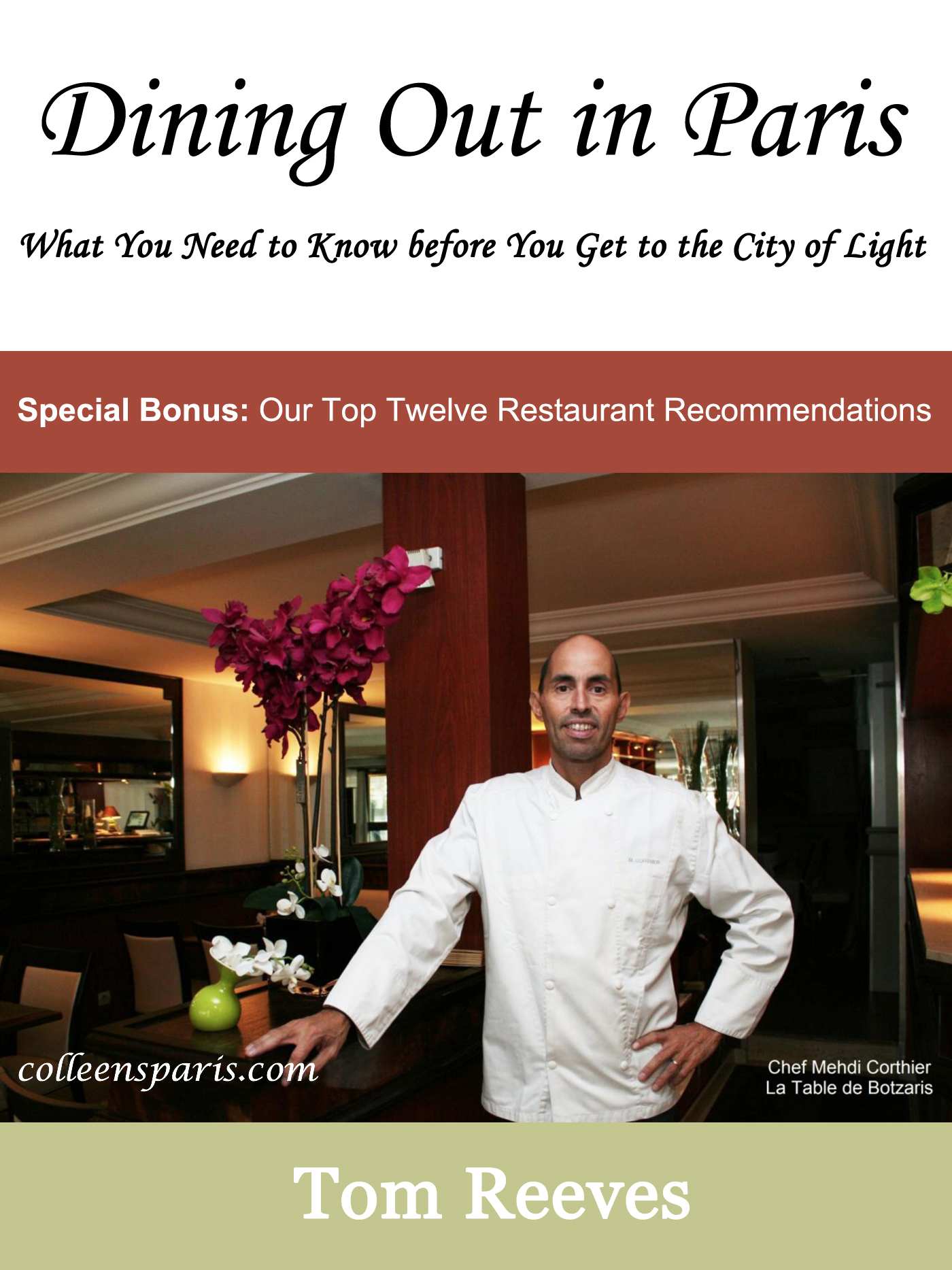 Eating out in Paris is a lot simpler once you’ve absorbed a few of Tom’s tips. He explains the different types of food venue and what to expect at each, as well as how to order so that what you think you’re getting actually comes to the table. This ‘what you need to know’ section is written for American travellers in particular, but the tips are universal and would make eating out in Paris a little less daunting for anyone not used to the complexities of Paris dining.

The second half of ‘Dining Out in Paris’ is a series of in-depth reviews of all kinds of eateries, presenting a wide variety of cuisines, and restaurateurs of wildly varied backgrounds. I found this section much more interesting than the more practical first half.

Tom includes reviews of his own particular dining experiences at twelve different eateries, including a popular food van (with its own Parisian style, bien sûr). 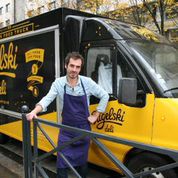 You’ll find the usual review details as well as mouthwatering details of the food served. An added bonus is the description of each owner’s background, which just adds a welcome flavour and interest for anyone wanting a more immersive French dining experience.

What are your tips for dining out in Paris? Is there a restaurant you keep going back to? Share your secrets in the comments below!

‘Dining Out in Paris: What You Need to Know Before You Get to the City of Light’ by Tom Reeves is available as an eBook on Amazon.
Image credits:
1. La Rotonde, by Yves Lorson via Wikipedia.
All others courtesy of Tom Reeves.