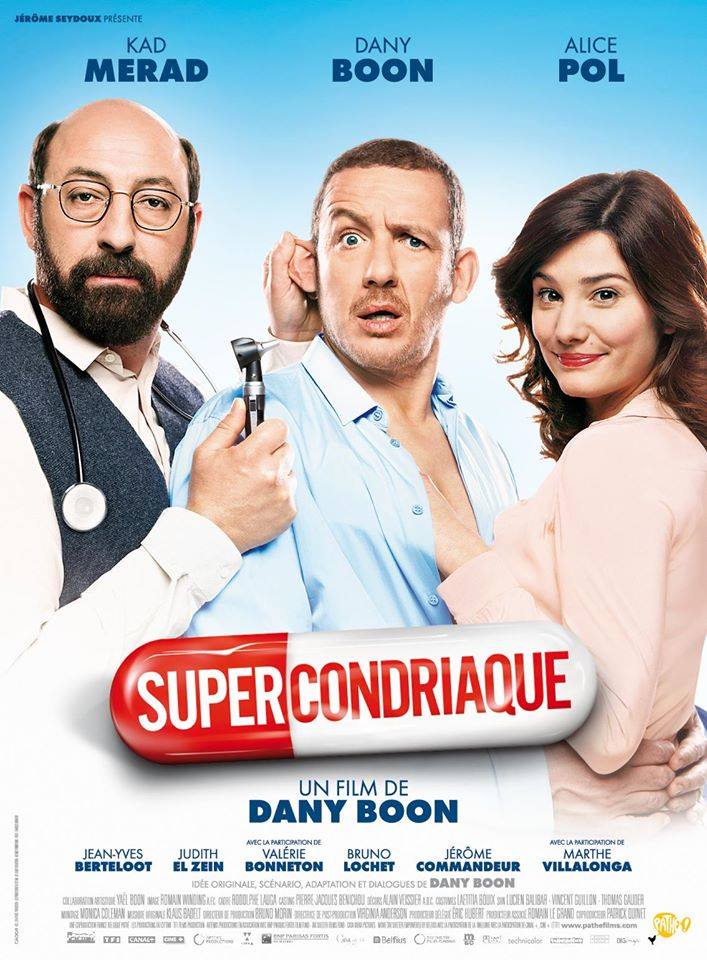 Dany Boon is a name synonymous with French comedy, so we’re unsurprised – but also delighted — to see him b-uff-ooning around on screen once more for this year’s Alliance Française French Film Festival.

In ‘Supercondriaque‘, Boon is Romain Flaubert: an agitated hypochondriac who has pestered doctor Dimitri (Kad Merad) for the past 18 years by indulging in his imaginary sicknesses.

Romain works as a photographer for an online medical dictionary, and after his colleague suddenly dies from an aneurysm, his fears reach record highs.

Frustrated with his endless anxieties and now determined to get his most loyal patient permanently off his couch, Dimitri decides to take matters into his own hands. With Romain pushing 40, without partner or children, Dimitri is convinced the cure for his constant maladies is companionship.

What starts with a string of entertaining dates, thanks to Romain’s new and misleading online profile, winds up as a case of mistaken identity when the protagonist is mistaken for rebel leader Anton Miroslav. And, of course, there’s everything in between.

From the constant presence of hand sanitisers to making up the Russian language, we are well and truly taken for an unbelievable ride – and unbelievable is the operative word here. If you’re in the mood to be logical or even a slither cynical, then you won’t get anything out of the film.

The world of the ridiculous and the ludicrous

As history suggests, Dany Boon films are made to transport you into the world of the ridiculous and the ludicrous – and granting him permission to take you on that journey is half the fun. 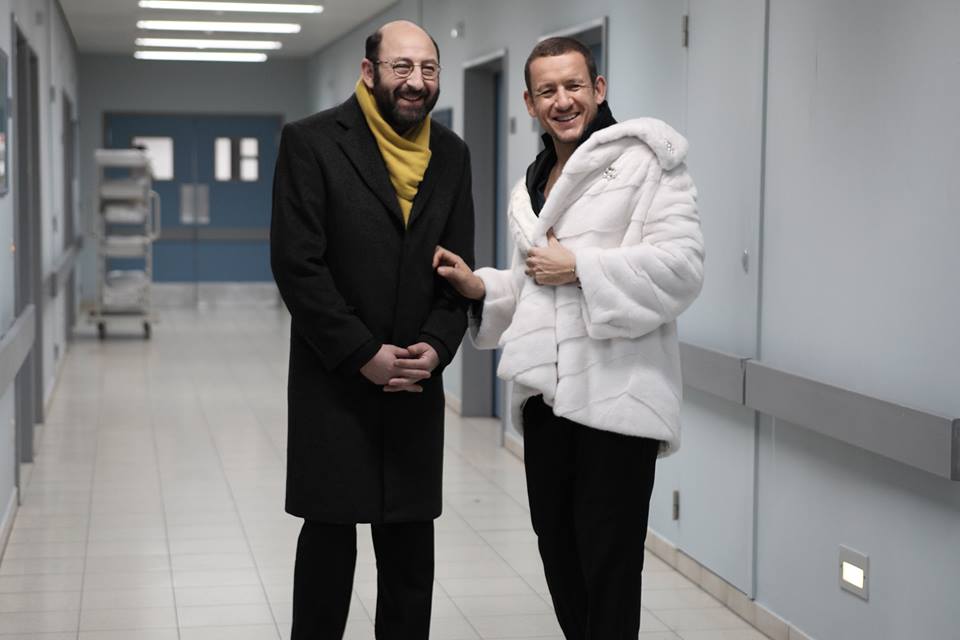 The film opens with Romain frantically consulting Docteur Google, each medical query intensifying his hysteria. We are then treated in classic Boon style to a thrilling, high-speed ambulance chase through the lit streets of Paris, circling L’Arc de Triomphe on New Year’s Eve.

La bande sonore is nothing short of amusingly melodramatic, of course. This is the Boon package. Some may like it, some may cringe. Some may count Romain’s floor dives and mutter merde into their flûte de champagne each time. But for France, whatever he’s whipping up seems to be working.

The Boon and Merad duo made their first resonating splash into the world of French cinema back in 2008 with blockbuster ‘Bienvenue Chez Les Ch’tis‘. It was the highest grossing film in France and the second most successful film in the country behind Titanic.

You might also recognise Jérome Commandeur, another of Boon’s co-stars from the hilarious ‘Rien à Déclarer‘ (Alliance Française French Film Festival 2012) as he plays a fabulous crook with god-awful hair and that pesky visage.

For those looking for light-hearted comedic relief and a break from the intense, you cannot go past the film’s fit-inducing giggles. Watch the bande annonce for yourself:

See it at the Alliance Française French Film Festival

‘Supercondriaque’ is playing at the Alliance Francaise French Film Festival 2015 at a number of locations across Australia. For session times and to book online, visit the official website.

Don’t forget to tag us in your photos at the Festival! Melburnians, we’re on Twitter at @MyFrenchMelb or Australia-wide at @MaVieFrançaise.

Have you seen Supercondriaque? What did you think of it? Share your thoughts below!