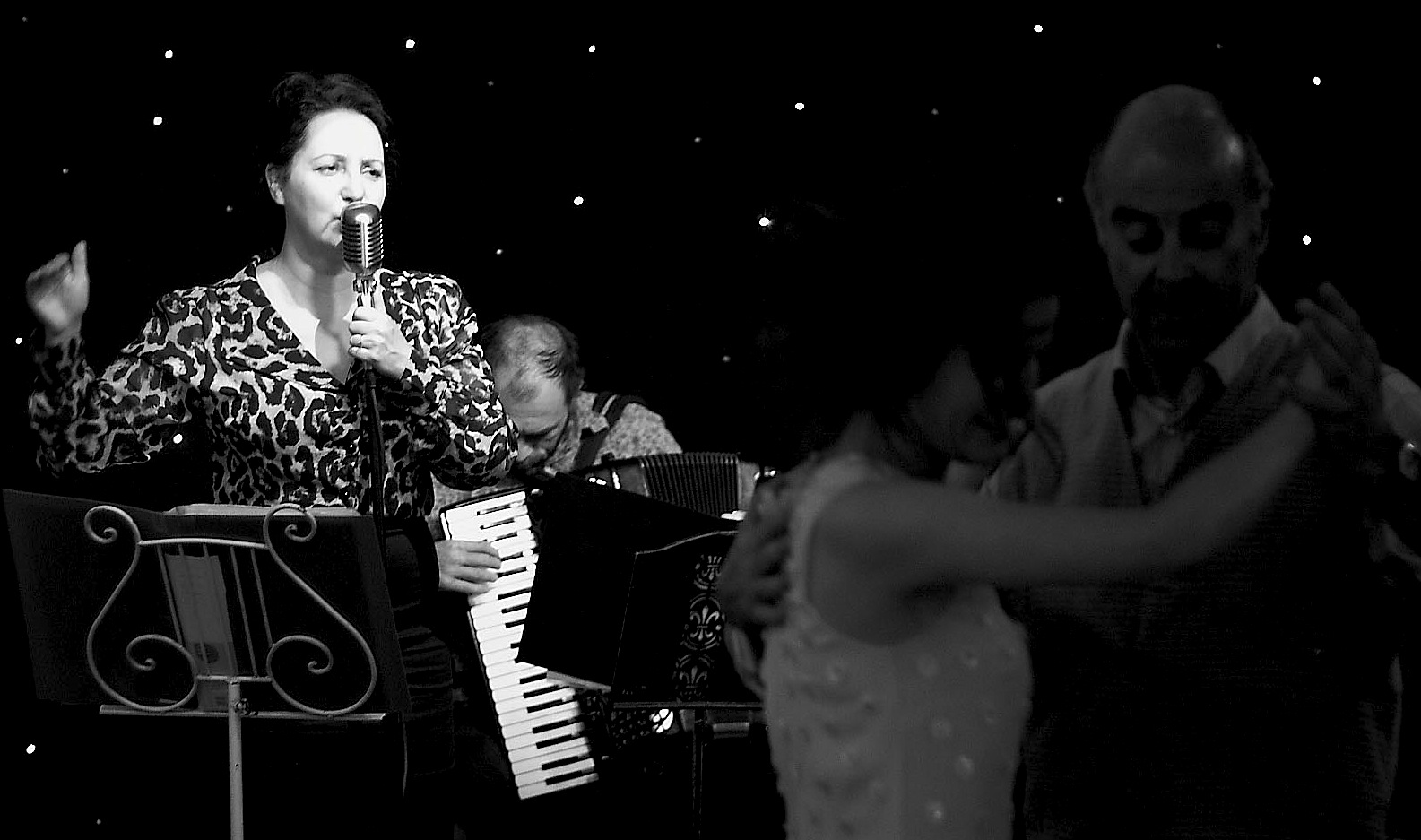 My French London: Moineaux de Paris take you back to 1920s Paris 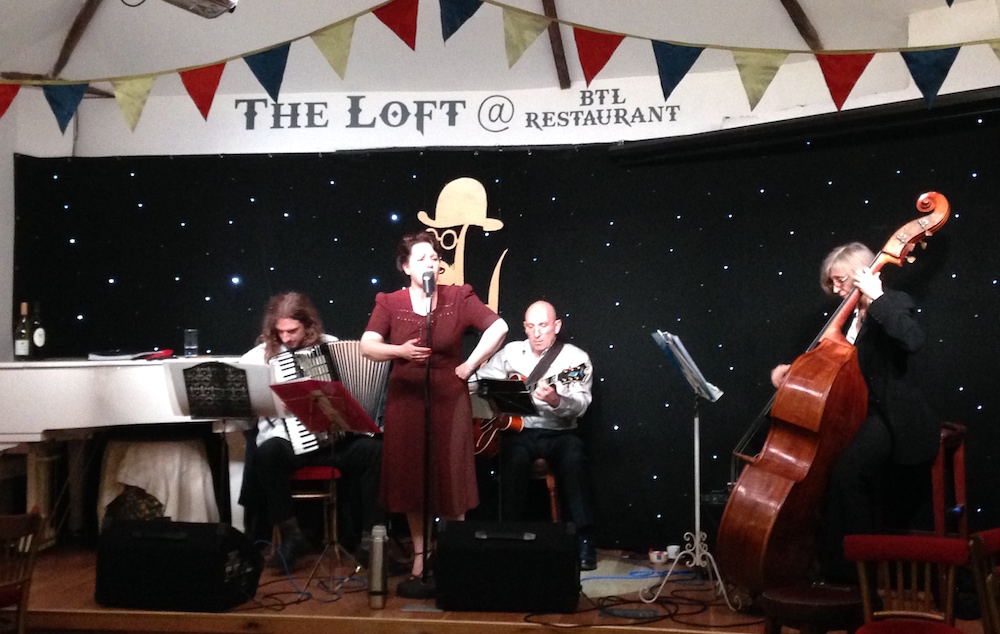 Are you looking for ways to French-ify your life in London other than enjoying French food? Do you want to meet French people and practice your French in a way that’s truly insolite?

There are many French expats doing different and exciting things to bring a piece of France to the British capital. One such example: Carolyn Saint-Pé and her band Les Moineaux de Paris.

Even with the Thames and London Eye providing the ever-so-Anglophone backdrop, Les Moineaux de Paris, with their French java and bal-musette, will immediately transport you back to Paris in the 1920s.

Bals Musette were popular social dances in 19th century Paris, introduced by the Auvergnats of central France who came to the capital for work. During the 1920s to 50s, the bals musette were popular with the working class – and most notoriously with gangsters. They were also the ‘in’ places for the middle class wanting a bit of a thrill and where ladies could get up close (and share a dance) with the rougher elements of society.

Before and after World War II, Parisian workers would take the train out of Paris to the Bals Musette on the river Marne to drink cheap wine and dance to live music on a sunny summer Sunday afternoon. The venues serving cheap wine and food there were called Guinguettes, originating from the name of the cheap wine served there.

Caroyln Saint-Pé and her band Les Moineaux de Paris have found their very own Guinguette in London at Brasserie Toulouse Lautrec where Londoners can enjoy vintage social dances and French music. So, why has an antiquated French, working-class event become a crowd favourite in London? Read on to discover more… 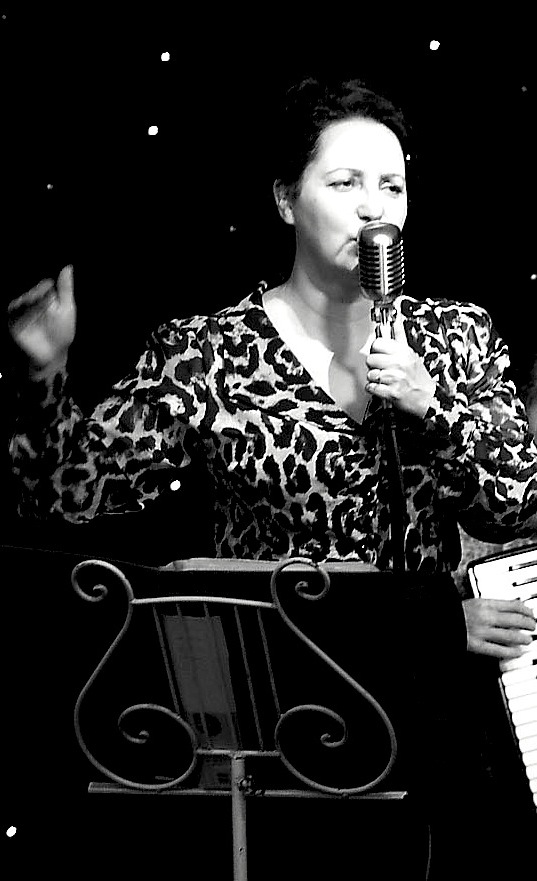 Tell us the story of how Les Moineaux de Paris began. How was the group formed?

Les Moineaux de Paris was born from the rediscovery of my French roots. I was born and raised in Paris and came to live in London in my late teens. As a singer my repertoire was mainly Jazz and popular music. I worked as an actress and as a backing vocalist with a number of bands.

Several years ago I was asked to appear in a short film as a 1940s French singer and to sing La Java Bleue by Fréhel. I rediscovered and fell in love with this vintage French repertoire and decided to set up my own band.

I first called the band Les Moineaux de Paris but quickly had to translate its name into English (The Sparrows of Paris) as it proved too difficult for English speakers to pronounce and understand it in French. The band is now known under both names. The name is homage to Edith Piaf as a piaf is a small bird like a moineau or sparrow.

I am very lucky to have wonderful and experienced musicians in the band. As a quartet the band is composed of vocals, accordion, guitar and double bass. We also sometimes incorporate the clarinet.

Tell us more about the bal musette. What inspired you to run bal musette events in London?

As the band played in and around London it was clear that some members of the audience wanted to dance to the music. They were dancing in-between tables! So I decided to run a monthly event with a dance space specifically for people to dance. We adapted our repertoire for those social dance events to include typical tunes heard at bals musette in the 1920s to 50s.

Tell us more about the history and origin French java.

The java is both a dance and the type of music it is danced to. La java was born out of the meeting of the various musical traditions that met at the bals musette. They were the hits of their day which spoke about how hard life was for the people. All this had an upbeat tune, and always with a sense of humour and fun.

[The java] is a fast waltz designed to be danced on small dance floors – the dancers are very close to each other. The girl would put her hands on the man’s shoulders and the man would have his hands on the girl’s lower back. If he felt lucky, his hands could even wander lower down! Nowadays the java is danced a little bit like the waltz in a more respectable fashion; you do not need to have your partner’s hands on your lower back unless you want to!

Tell us a bit more about your musical background. What inspired you to pursue a career in music from such a young age?

I started playing the piano at the age of six and learned ballet as a child. This is part of the education of a young girl in Paris I suppose. As a teenager I studied jazz dance and tap at the American Centre in Paris and classical singing at the International Conservatoire. When I came to live in London with dreams of becoming a rock star I studied jazz musicianship and singing at Goldsmith College.

What qualities does an excellent singer need to succeed and excel?

I strive to be true in my singing. Apart from the technical aspect of singing French chansons, which is different from singing jazz or classical music, the main thing when singing the French repertoire is to live the story of the song.

Even if you have not lived exactly what the person in the story has lived, you relate to the aspects that are true to yourself. I suppose if you have lived enough, you can feel into the heart of these songs.

There is no typical day for an artist. My day can consist of researching the songs I want to sing, then finding the texts and the chords, which is not an easy thing to do as they are not generally in print anymore.

Even if you have not lived exactly what the person in the story has lived, you relate to the aspects that are true to yourself.

I also do research on the period, the singers and the repertoire. Otherwise I spend time rehearsing the songs myself, learning and working on the diction of the texts.

I have a number of rehearsals with various musicians as I have several accordionists, guitarists and double bass players as well as a clarinet player to ensure that we have musicians for every gig. There is also the day to day work of managing the band such as booking public and private gigs, doing the accounts as well as marketing the band.

Why did you decide to move from France to London? What was the most challenging part of adapting to la vie anglaise? 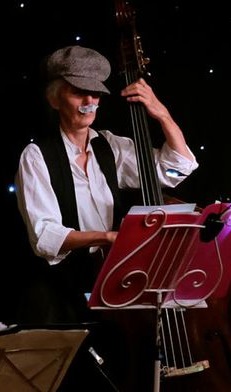 As a piano player, I was in love with the music of Elton John and wanted to become a rock star. I was alternative and had blue hair! Also, being away from your family helps you find who you truly are.

The most challenging part of adapting to la vie anglaise before the coming of the EU was the food – or should I say the lack of it! The supermarkets had nothing on the shelves apart from rows upon rows of salad cream and baked bean cans!

The strangest thing I found on the shelves was a strawberry jam-filled camembert in bread crumbs you were supposed to deep fry! After 1992, shops became magically filled with actual food! London is now unrecognisable from my early days here and you can actually eat really well so I suppose the change is not that difficult for newcomers.

More and more French people are moving to London. Why do you think this is happening?

I think life in London allows you to find yourself and what you want to do with your life. It also enables you to find employment and apply what you may have learned at school and university. I think it is good for a young person to experience life away from the confines of their family. No prophet is accepted in his own land!

Would you have danced the bal musette with the Parisian rebels of the 1920’s? Would you today? Tell us your adventures of Frenchifying your life in London!