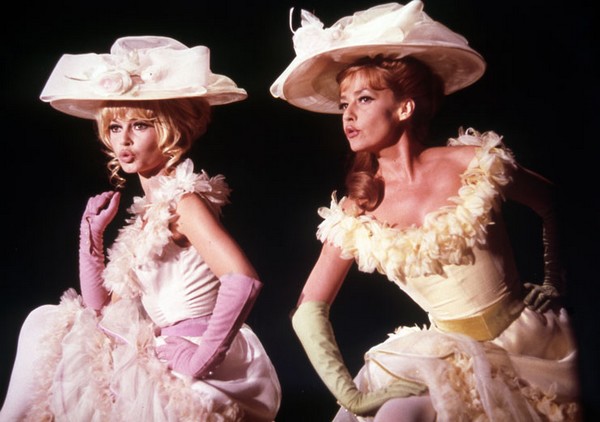 The inaugural Alliance Française Classical Film Festival is being held in Melbourne between 4–6 November, showcasing five films that pay homage to the ‘blonde woman’. Artemis Sfendourakis joins the festivities and reviews ‘Viva Maria’.

It is no surprise that Louis Malle’s 1965 film has been selected to headline the Alliance Française Classic Film Festival, with its comedic energy setting the theatrical tone of the three-day event. In what first appears to be a jovial ‘western’ filled with unexpected plot twists and characterisations, ‘Viva Maria’ is in fact a study in French cinema’s transcendence of traditional social mores. While the festival’s ‘Les Blondes’ theme focuses on the power fairer-haired women can wield both on screen and in reality, Malle’s classic film also proves that feminine sensuality and authority are vital to success and survival. The film is described as:

Brigitte Bardot and Jeanne Moreau play the eponymous Marias who together form a successful singing and dancing duo alongside other travelling French entertainers. Set in 1907 in the fictional Central American country San Miguel, the Marias’ risqué Moulin Rouge-esque striptease enraptures their audiences and has men clamouring to make their acquaintance. The caravan shared by the two Marias includes a blackboard on which Bardot’s character wistfully records her ever-growing list of lovers encountered throughout ‘Viva Maria’. Though portrayed as naïve, it becomes evident that this Maria knows how to effectively employ her charms and wiles. 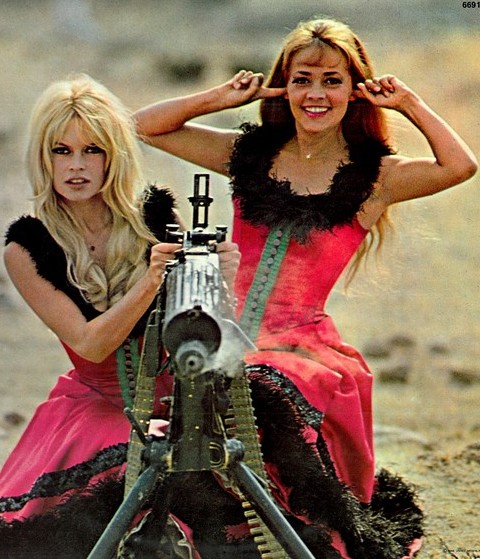 Underlining the frivolity of this film are issues of violence, strategy and rebellion – Malle’s film style appears to take important social concepts and invert them in thought-provoking ways. While ‘Viva Maria’ is a unique gem in the director’s oeuvre, thanks to its cross of slapstick humour with melodrama, there is no doubt that the audience is propelled to reflect deeply into what is presented on screen.

Brigitte Bardot’s Maria best exemplifies the film’s engagement with critical analysis, since her former life as an Irish anarchist’s daughter presents her with the ruthless tactics required for staging a socialist revolution. The second part of the film argues that women should not only be held ransom to traditional ideals of sexuality; rather, Malle advocates for the acceptance of female empowerment in leadership and combat roles.

‘Viva Maria’ embraces the audience with a bewildering light-heartedness and a visceral attack on male domination. By day, the Marias commandeer a convoy of peasant liberators in Central America, and by night they retreat to the sensual whirlwind of the tavern. The films chosen this year by Alliance Française seek to challenge the cliché that blondes are beauteous yet unintelligent accessories to great stories. By contrast, they demonstrate how a woman’s possession of blonde hair renders her untouchable and demanding of respect. Indeed, only Bardot’s Maria could expertly throw the war-ending grenade! 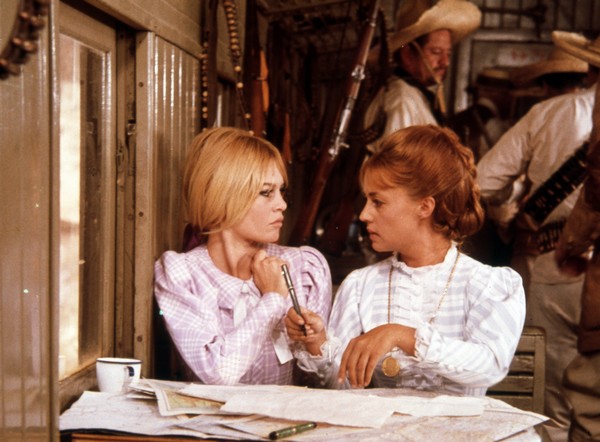 The liberating mission of the two Marias cannot be missed with the film playing on both the opening and closing nights – ensure your chance to participate in the revolution isn’t lost!

Did you see ‘Viva Maria!’ and decided to follow the revolution? We’d love to hear your thoughts about this French film review in the comments below.