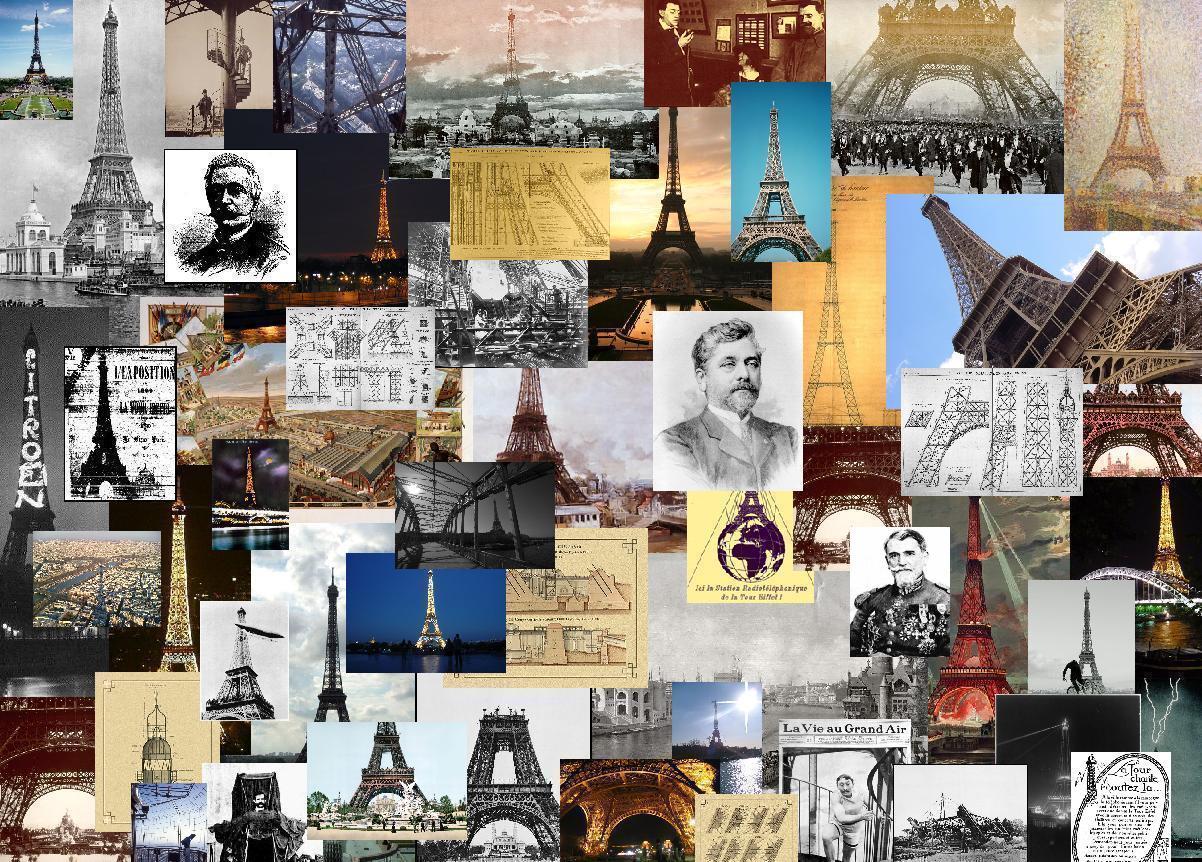 Exactly 130 years ago, a massive project began that would capture the world’s imagination and change the Parisian landscape forever. On 28 January 1887 work started on the Eiffel Tower. When it was completed in honor of the centennial of the French Revolution in 1899, few people expected the structure would last 20 years. Today, millions of people visit the tower annually, but what do we really know about it?

Author Beatrice Colin explores the subject in her new historical novel ‘To Capture What We Cannot Keep’. Ronnie Hess asked her some questions for MyFrenchLife™. Here’s the first of two instalments.

A glimpse of the Eiffel Tower inspired the novel

Why did you decide to write a novel about the early history of the Eiffel Tower?

I used to be fashion editor and would go to Paris regularly to see the shows. I’d always avoided the Eiffel Tower and the Champ de Mars as the area is usually thronged with tourists.

On one visit however, I looked up at the tower – you can see it from all over the city – and it struck me that I knew almost nothing about who built it and why. I found that apart from a few murder mysteries, very few people had written about it.

I decided that the construction would be a wonderful spine for a story about two people who want what we would regard as a modern relationship in a time when relationships between men and women were mostly for practical or financial reasons.

Some readers may find it startling to know that Gustave Eiffel didn’t actually design the Tower.

[Maurice] Koechlin and [Émile] Nouguier designed the tower for Eiffel around three years before they began to build it. There was a competition to submit designs for an iron tower of 1000 feet for the Great Exhibition in 1889 and Eiffel’s blueprint won.

It’s hard to know who came up with the design but we know that Koechlin and Nouguier did decide on a 300-metre tower in 1884 consisting of four lattice girders meeting at the top, and then Koechlin went home and made a sketch and did the preliminary calculations.

It was curved not for aesthetic reasons but because his calculations – which were made using mathematical formulas – had taken into account gravity, weight and wind force.

Stephen Sauvestre added the architectural decoration. When [the tower] was being constructed, Nouguier oversaw the fabrication of parts and their assembly. It was a huge job and must have been stressful. Just a few mistakes and the tower wouldn’t stand straight.

Why did you choose Émile Nouguier as the main male character in your novel?

Unlike Gustave Eiffel, there is very little material that I could find about him. He didn’t marry and left Eiffel’s company shortly after the tower was finished. I found a few photographs and he has a wistful, expressive face that I was instantly drawn to. Almost everything in the novel about him is a product of my imagination. The gaps in what we know about him gave me room to spin a story.

The novel is ostensibly about a love affair between Nouguier and Caitriona Wallace, a Scottish lady’s companion, or chaperone. But isn’t it also about the development of new industrial technologies, and a new age?

Absolutely! It was the dawning of what we came to know as the modern age. Using a kind of construction that had previously been used for bridge building and a material – iron – that was fairly new, it was for a time the tallest building in the world.

I think the reason it has become such an iconic structure is that it straddles the old world and the new. It also has no function apart from a symbolic one. You can see it from all over Paris and you can see all of Paris from the top. It’s also an incredible achievement in engineering terms – every single piece was hand-made and riveted together on site.

The 1880s were a time when men still challenged each other to duels (although illegal) and there were incredibly rigid social conventions. While new ideas and approaches to art such as Neo-Impressionism were emerging, class was still incredibly important – men could only marry women of the same class or of a lower social standing.

Women married young before they were in their early twenties, and if you were a penniless widow of thirty, opportunities for relationships with suitable men were virtually nil.

Do you like reading fiction about France? Share your favourite books set in France with us in the comments below.