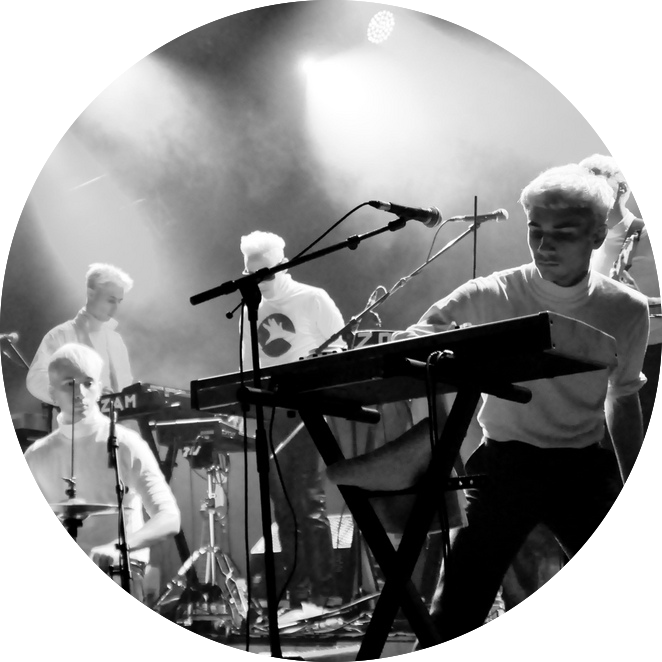 France has produced legendary creative artists and iconic music genres over the decades. In fact, francophone music is as diverse and exciting as France itself. As a result, new French music is appearing on the national and international stage. Here are some of my personal favourite picks of the best up-and-coming artists in France.

French music is a powerful and playful force in today’s industry. From the thriving role of festivals in French society to the Anglo influence apparent in the lyrics and marketing of many French acts.

So, join me to discover new genres and explore the best rising talent.

The French music scene: my favourites

La Femme is currently one of the hottest French bands, selling out venues and storming festivals. In particular, their charm lies in their authenticity. They draw on classic French music genres such as yéyé and capture that signature chic Parisian essence. As you can see from the style of the music video, they also combine punk, psychedelic, and surf rock influences.

Sometimes stylized as JBBRWCK, Jabberwocky is an electropop trio of French music producers from Poitiers. They are currently making waves online and overseas. Perhaps due to the English vocals on their best-known tracks, but also to their catchy melodies and layered beats. Their second album, Make-Make, was released in September.

This Franco-American 5 piece first began as street performers and continue to explore new musical territories, such as the ruins of French châteaux and old prisons. They may have been around for years, but their 2015 release, Epitaph, reinvigorated their following. In sum, Moriarty is the epitome of bohemian blues, with a soulful French sound you can’t help but tap your foot to.

This French band stretch the boundaries of musical creativity. Their music videos interweave old clips with futuristic sounds and symbols to create a funky experience for the eyes and the ears. Basically, BVO possesses a distinct ‘80s retro feel. They celebrate the French love of disco, coupled with an added experimental edge, as well as an extraordinary visual aesthetic.

Born in Rennes and now living in Berlin, Ninca Leece is a musical scientist, in a colourful laboratory of synth pop, house, and sonic electro. Resident Advisor described her previous release, ‘Feed Me Rainbows’, as:

a perfect glow to accompany the final melting away of winter

A dreamy, psychedelic contribution to French music – I challenge you not to dance.

Have any of these new discoveries taken your interest? Do you have any French music to add to the list? Post your recommendations in the comments box below!