Culturespaces: the art of bringing art to life 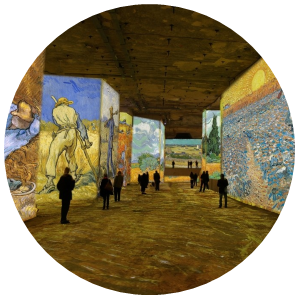 Created in 1990, the goal of Culturespaces is to promote French cultural heritage. It’s set apart by its desire to give everybody access to art, bringing together innovation and real-life, unforgettable experiences to all visitors.

Amongst these initiatives, I’ve selected two for you to discover – tried and tested by me!

The 19th century, in the heart of French Alpilles.

The ‘pierre du midi’ was used as building material, also called ‘pierre des Baux‘ (because of its founding city, Les Baux de Provence), and its success was growing.

In fact, this success lead to the opening of the Carrière des Grands Fonds. This later became what it is currently known as – the Carrières des Lumières. 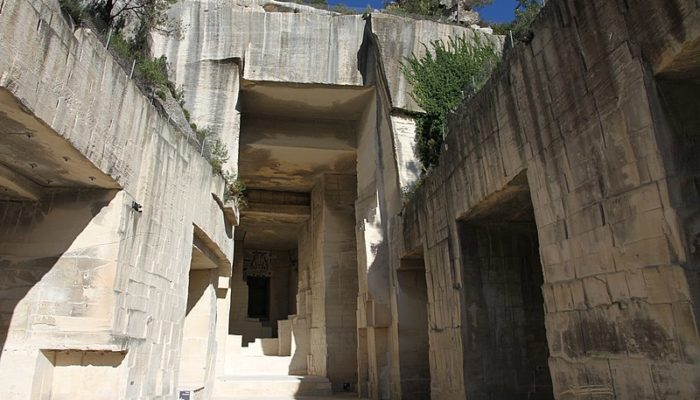 After the 1st world war, this stone was replaced by new building materials, which led to the site’s closure in 1935.

20 years later, in 1959, the site was taken over by la lumière des projecteurs. This was thanks to the French filmmaker Jean Cocteau, who fell in love with the charm of this place, later deciding to film one of his movies there.

2012: the year of the transformation. Culturespaces takes over the Carrières.

The last exhibitions is ‘Picasso et les maîtres espagnols’, which you can visit until the January 6th, 2019. This will be followed by ‘Van Gogh, la nuit étoilée’, from the first of March.

Due to the success of this unique place, managers decided to develop a second location. For that, they needed a place full of history to introduce to the French audience. So, they decided on the ‘Fonderie du Chemin Vert’.

This second location was known in 1830 under the name ‘Fonderie du Chemin Vert’. Located in the 11th district of Paris, this factory had been abandoned since it’s closure in 1929.

Eager to share this French patrimoine, Culturespaces chose to invest in this space, with the goal to provide new and immersive experiences.

Open since April this year, it provides 3 inaugural exhibitions that will run until January 6th, 2019 : Klimt, Hunderswasser & Poetic AI. 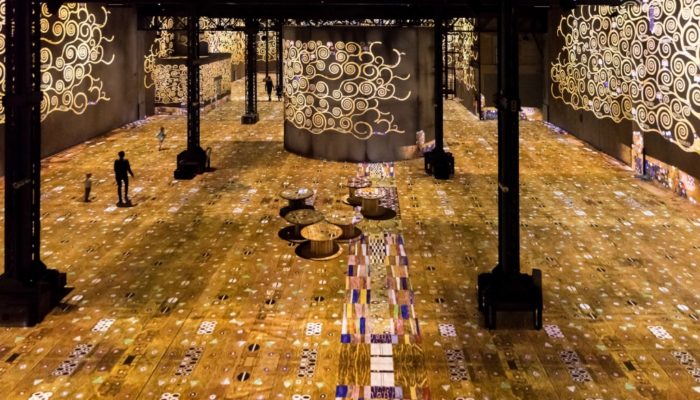 This is a new opportunity to discover the work of various artists through the projection of their creations. Again, this is thanks to the AMIEX® technology used in Carrières des Lumières.

You will be carried away by these works, thanks to the projections on the 10m tall walls and the floors, everything in rhythm with the music

‘Wow’ effect for sure! 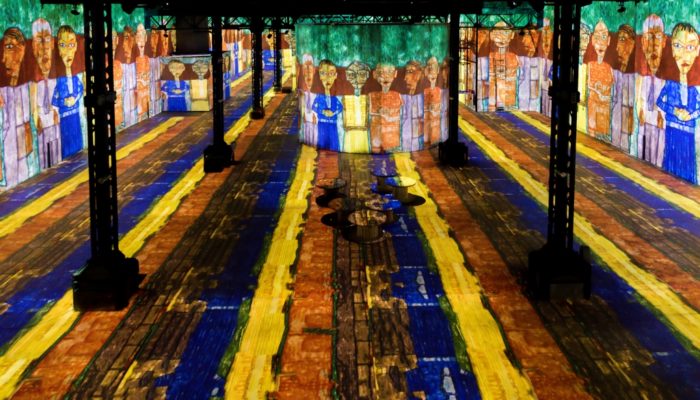 An there’s even a little extra at the Atelier des Lumières : a psychedelic bar.

Hidden behind a door, this intimate space invites you sip on a drink, take a seat, and watch the audiovisual installation POETIC_AI. A video that will make you dizzy!

In addition to inaugural exhibitions, you can check out some temporary exhibitions such as Colours X Colours, a contemporary creation on stage until next January.

Whether you love art of not, the Atelier des lumières and the Carrières allow you to live an unprecedented and unique experience. Believe me, you will never forget it!

A unique, emotional experience: that is what Culturespaces has to offer.