Combatting clichés, contributing to the promotion of the female image, and highlighting women’s role in Moroccan society – this is the challenge that Khadija Boujanoui threw herself into.

Khadija was born and raised in Morocco, completing higher education studies in France before returning to her homeland where she began her career.

A passion to succeed 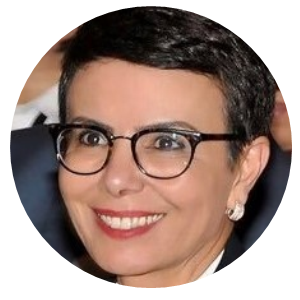 Khadija was born in Casablanca into a working class family with strong values. Her parents were convinced that only through studying would she achieve a better life, and that excelling was essential.

“I have never had the feeling of being different from my brothers”, she says. After attending public school, she followed her dream, and despite the reluctance of her parents, she left for France to study business management in Nice. She landed a first great job as a financial analyst in Monaco, which allowed her to travel overseas every other week, but she longed to return home to Morocco. She returned to Casablanca where she worked in various posts as a financial director before being recruited by 2M1 in 2005. It’s here that the adventure began!

You need to reach out and grab things. If I hadn’t pushed myself to seize opportunities, I wouldn’t be where I am today! 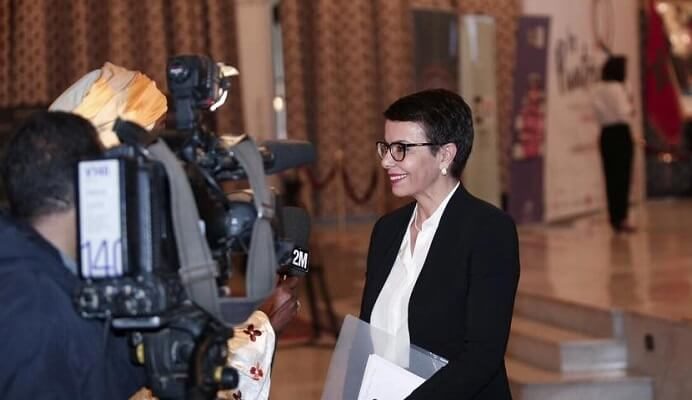 A people’s channel for women

Khadija has always been passionate about the media. Thanks to her energy and enthusiasm, she’s really throwing herself into her latest post as the channel’s financial director and network manager. In 2013, the managing director decided to capitalise on the channel’s success and create an equality committee2, appointing Khadija as president.

Although women, within a network of 650 employees, are close to achieving equality in high-level positions, it’s still far from the case in relation to female presence on screen or in specialised subjects such as economics or politics. This is where the role of the committee comes into action. Particularly through the creation of Expertes.ma, a free website which identifies skilled women in Morocco and worldwide.

Women are present in all domains of Morocco, both in the economic sector and in civil society. The principle of equality between men and women was established in the Constitution of 2011. In the past 50 years, the country has approved almost all international agreements which support the protection of women’s rights. Despite educational advances, it’s still proving difficult to change mentalities, which are often very archaic. For Khadija, the government has an important responsibility in this area: ensuring compulsory schooling everywhere, allowing easy access into higher education for girls, and compelling companies to respect equality when earned.

Responsibility falls to everyone, the government, family, and the media. Often, clichés and stereotypes are passed on by women, especially mothers, but also appear in the media.

Still in the same job, Khadija organises herself to make time to work tirelessly on the channel’s equality committee. She travels to numerous countries throughout the Mediterranean region to take part in conferences and to expand the channel.

For her, nothing is truly accomplished, the battle goes on:

As an optimist, I believe in a better tomorrow for women. They must be given the place that they deserve.

So, how’s life in your 50s?
I really like my 50s. It’s the age of maturity for women. We no longer complicate things; we make the best out of life. We acquire wisdom, the benefit of hindsight; and have a different life philosophy.

What’s your drive each morning?
I’m happy when I open my eyes. I have a grateful mindset, which triggers good vibes. Each day is different and allows me to make my own small contribution to society.

Do you have a daily ritual?
Yes, coffee and a shower. At the end of the day I do sport to recharge my batteries.

What are you proud of?
My two daughters, Soraya and Lamia, who are more fulfilled than I was at their age, already more advanced and even more attentive.

and many more
just search for ‘Inspiring Women’
and discover so many amazing French women.

12M’s company conventions favour a proactive approach to promoting the female image and highlighting women’s role in the development of a fair and modern Moroccan society.
2The first private television channel created in 1989: a true revolution in Morocco’s audio-visual scene! Then, in 1989, the State purchased a 72% stake in the company shares.