Heroes of WWII in France – Females all of them! – Part 1 – Violette Szabo 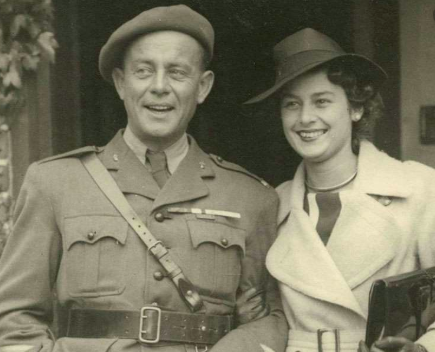 Violette was born in Paris in 1921. Her father was a publican, taxi-driver and car salesman from London. When her parents went back to Stockwell in England, Violette stayed on in Picardy with her aunt for financial reasons.

She was only reunited with them when she was eleven.

In 1940, Violet met her French Foreign Legion husband Étienne Szabo at a Bastille Day parade in London. They married in October, just before he was sent to join De Gaulle’s attack on Vichy French Forces in Dakar. Although a disaster, Etienne survived and returned to London for a few weeks leave before being sent back to North Africa. A daughter was born, but Etienne never saw her. He was killed at the Battle of El Alamein in 1942.

Shortly afterward Violet was recruited by the Special Operations Executive and trained as a field agent.

Virginia McKenna is best remembered as the actress who appeared in numerous popular British movies in the fifties and sixties. These include, “The Cruel Sea”, “The Ship that Died of Shame” and the ever-popular “Born Free”. In 1956 she starred in “A Town Like Alice,” about a group of women on a brutal forced march in Japanese occupied Malaya. Peter Finch played an Australian POW from Alice Springs. The movie was a box office hit and won McKenna a Best Actress BAFTA Award. 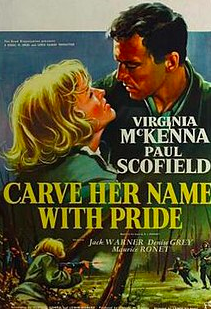 But many believe that her most memorable appearance was playing  Violette Szabo in “Carve Her Name with Pride.” Just after D-Day, Violette is parachuted into France for a second time. Her orders are to join up with Jacques, the local head of the Maquis and to assist in carrying out the disruption of German communications. But they are stopped by a German patrol.

Following a skirmish, Violette twists an ankle but bravely holds off the Germans with a sten gun while Jacques escapes across a river. The film is not without controversy. Historian Max Hastings has pointed out that “former resistants and members of the SOE were irritated with the romantic popular accounts” of her career.

They have suggested that she was in fact captured without the opportunity to use a weapon.

But movies are almost never an accurate reflection of historical facts. Unless deliberately created for propaganda reasons, they are, after all, invariably produced as entertainment. And, in many screenplays, creative license—sometimes dollops of it—is used to add spice to the fictionalised interpretations of real-life events.

So, although some parts of SOE operations in Szabo’s life may have been romanticised, what happened after her capture has been authenticated beyond doubt. It is nothing less than terrifying. 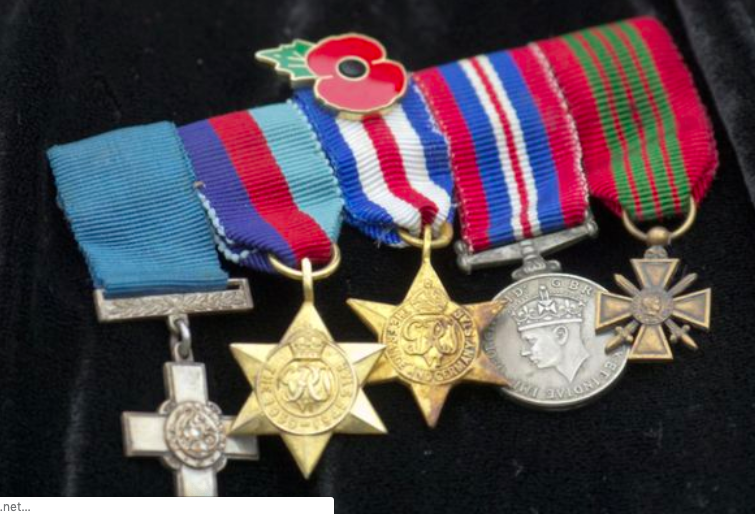 After her arrest, Szabo was tortured by the Gestapo in Paris and then sent to Ravensbrück, the largest concentration camp exclusively for women in the German Reich. With only women guards, it was known as “Hitler’s Hell for Women.” On starvation diets in appalling weather and wearing inadequate clothing, all inmates were required to do heavy labor ranging from strenuous outdoor work to building V-2 rocket parts in bunkers. 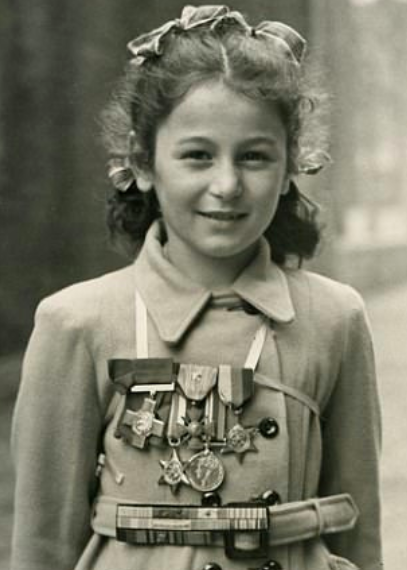 Violette Szabo was executed at Ravensbrück, on 5 February 1945.

An account of Szabo’s execution is available on Wikipedia.

It is shocking beyond belief, but just one example out of millions illustrating what can happen when the talking stops and radical or populist nationalism takes over.

Were you previously aware of the heroism of Violette Szabo? Share your comments below.