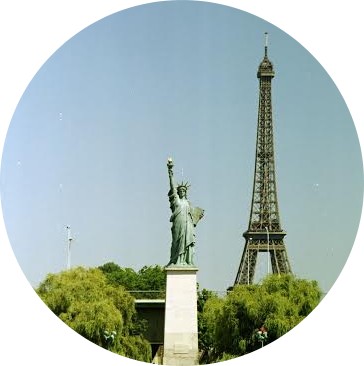 If you have the chance to live in either Paris or New York, your friends might tell you how lucky you are. If you have lived in both, they will ask you which one is your favourite…

Be honest, it doesn’t matter how completely different American and French culture and society are, the comparison is still inevitable! You wouldn’t be the first one to weigh up the avantages et inconvénients of New York and Paris to see who wins.

Artist and graphic designer Vahram Muratyan decided he would take on this very challenge – but instead of writing about the two cities, he made a visual game out of it.

In ‘Paris versus New York: A Tally of Two Cities’, which first started as an online travel journal, Muratyan presents a humorous homage in the form of minimalist drawings of the two iconic American and French cities.

What makes Paris and New York so unique, so different, but sometimes so similar? Let’s take some of Muratyan’s drawings of the cities’ most celebrated details to find out… 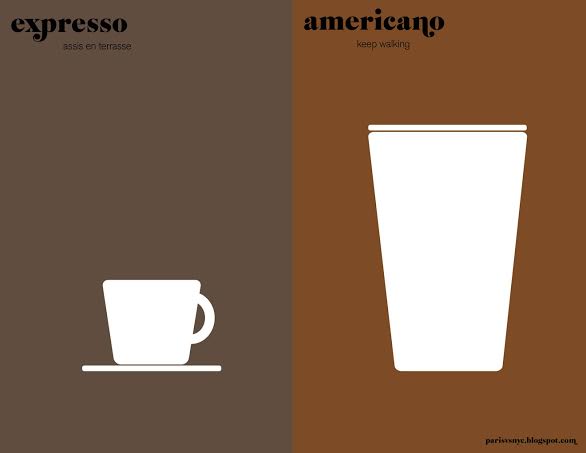 From the coffee shops at every corner to pedestrians carrying their paper cups all over the city, the coffee ‘to go’ is part of the New York landscape. Spend a few hours in Paris and you’ll see that the difference in the ‘coffee culture’ is striking.

The French prefer to sit en terrasse and enjoy their two-sip espresso while reading a newspaper, chatting with friends or simply watching people take over the city’s sidewalks. 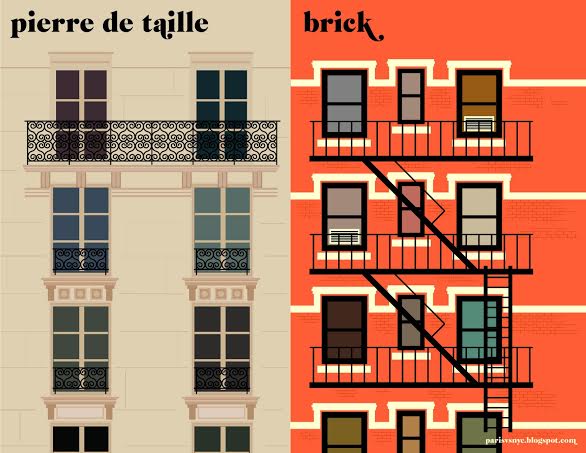 In both the American Big Apple and the French City of Lights, architecture takes its rightful place. New York’s skyscrapers and fire escapes compete with Paris’ Haussmannian buildings and iron balconies. Each city has its architectural signature which gives it its personality and incomparable personal touch. 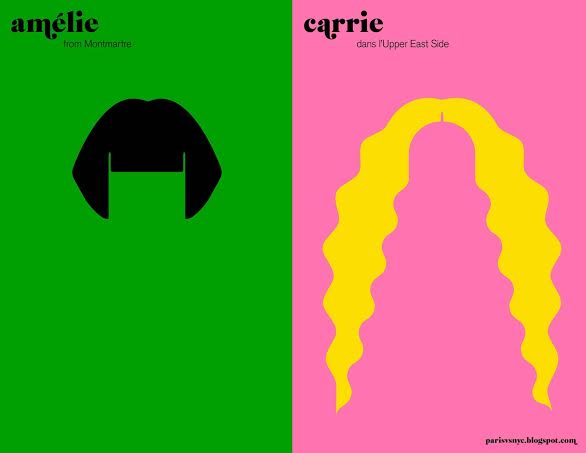 If Carrie Bradshaw from Sex and the City is the fashion face of the Big Apple, Amélie is known by many Americans as the Parisian – at least the kind you see in movies.

Beyond their roles on TV or in the movies, these two characters represent a way of life, a style, and an attitude that defines New York and Paris. Where Carrie with her abundant blond hair and unique style is the incarnation of New York and the ‘freedom to be anyone you want’, Amélie becomes the French face of modest but chic Parisian fashion.

Have you ever lived in Paris or New York? Or in both of them? Do you think these drawings represent  the two cities well? Which city would you like to live in? Share your thoughts, experiences and opinions with us below, we’d love to hear from you!

Image credits:
1. Statue of Liberty and Eiffel Tower, by Fabrice Terrasson on Flickr.
2, 3 & 4. Illustrations via Paris versus NYC Blogspot.