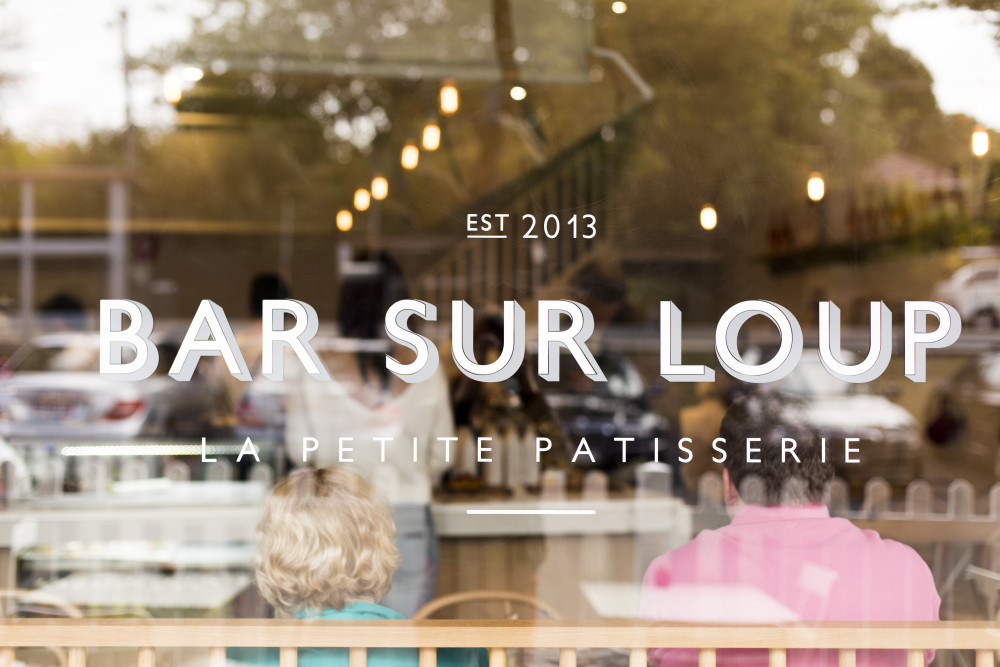 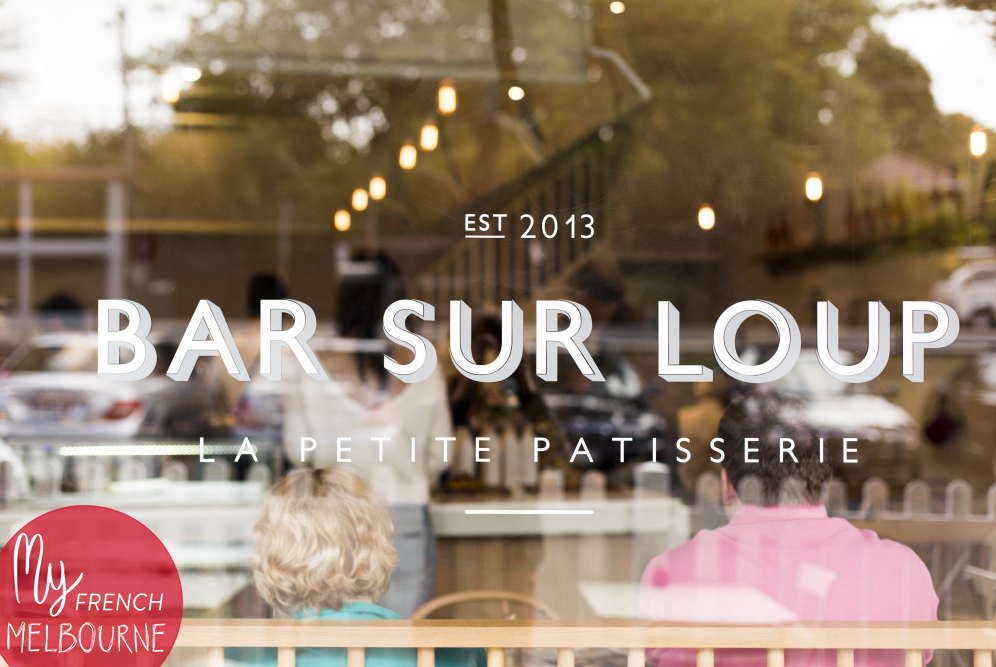 The outer-eastern suburbs of Melbourne are not a place where one expects to come across a Francophile haven. Luckily for those of us who live a little further off the beaten track, Bar Sur Loup is catering to French tastes from their outpost on Bulleen Road, Balwyn North.

Co-owner Cathy Licciardi explains that while the focus might be more widely European, Bar Sur Loup has taken the best of France – and combined it with the best of a few neighbouring countries too.”We travelled Europe and we brought back all things that we love,” she says.

As well as crêpes and galettes, liège waffles also have pride of place on the menu, while true Melburnians will be pleased to hear that when it comes to coffee, the inspiration is taken from Italy – not France. Croissants, macarons, baguettes and other cakes are baked fresh daily, and the café even stocks Hansi – a French artisan drink brand.

Named after the southern French town Le Bar-sur-Loup in which the Licciardi family spent a year, the café is warm, welcoming and fresh – much like Cathy herself. She sat down with us to tell us more about Bar Sur Loup. From what we heard (and tasted!), we’re sure this will become a home-away-from-home for many French expats and Francophiles on this side of the city… Venez avec nous to discover our latest French Melbourne hotspot! 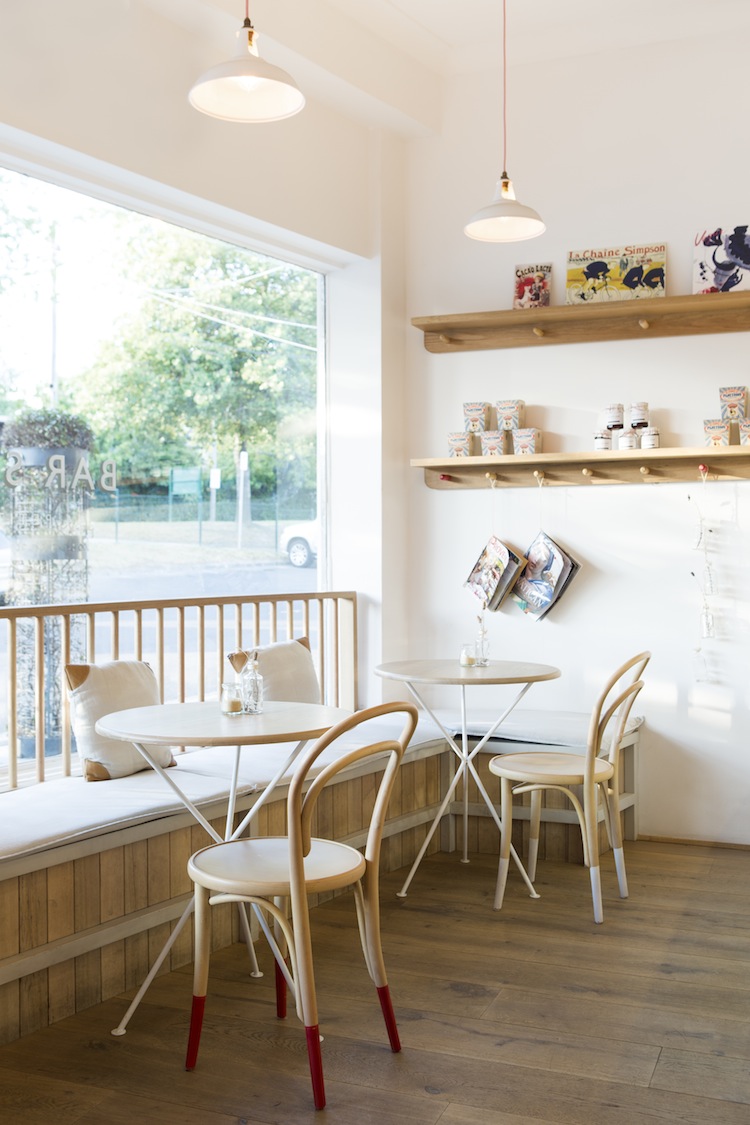 Where did your love for France come from?

It was a little bit of fate. We decided to go to Europe as [a] family – a two-year adventure. We were in the UK the first year and I wasn’t happy. Then, the opportunity came up to live in Le Bar-sur-Loup, and of course you go. So we went there, and two years later, I opened up a café there with a lady that I met called Le Vignard. And that was the best thing I ever did, so I knew that I had to do something similar here. And that was in the plans; we started collecting ideas.

Did you speak French before you went over there?

I started learning in the UK. By the time I got there, I knew real basics but I think the café was the big one – we had regulars and they helped me. To be honest, I knew I was saying it wrong but I didn’t care! So [they’d] correct me, and here we’re working with Frenchies here. My daughter speaks fluent French but the rest of us struggle a bit. French has been my biggest change now that I’m older – the younger you are the easier it is.

Do you have any French or Belgian expats coming here at all?

We do. For a long time we had Laurent working here who is now in New Zealand. He started out with us, stayed with us for nine months. Now we’ve got Melanie – we taught her how to make crêpes! She’s from Paris. But unfortunately she’ll be going soon. But we need it – we’ll always have some French connection. And the customers love her!

Do you have people trying to speak French with them?

Tell us about your crêpes and waffles!

Our two best products are our waffles and our crêpes. It’s a batter, not like a pancake mix. So this is very specific – I got the recipe from a famous chef in the US. His name is Eddy Vandan. We had dialogue by email and he helped me out a lot. He gave me the recipe to an authentic liège – it means it has a pearl sugar in the actual waffle.

Then there’s the crêpes. We do a sweet crêpe, and then there’s the buckwheat crêpe. It’s a savoury crêpe which the French call the galette. So we do it like they used to with an Australian twist; we have to be creative! We do the classic Nutella crêpe – it’s our biggest seller between five and 18 – that age group. We do la banane; we’ve just introduced the Caribbean. It’s the Melbourne flavour at the moment because it’s got coconut oil, honey, bananas, roasted almonds…

And tell us about your baked goods – croissants, cakes and macarons.

I make my macarons. I make muffins. And we have a pastry chef who does all our French pastries and the croissants.

We do all our baguettes here too. Our baguettes are usually baked on the spot in store; we use our own baker. Everything’s artisan, the ice-cream included. 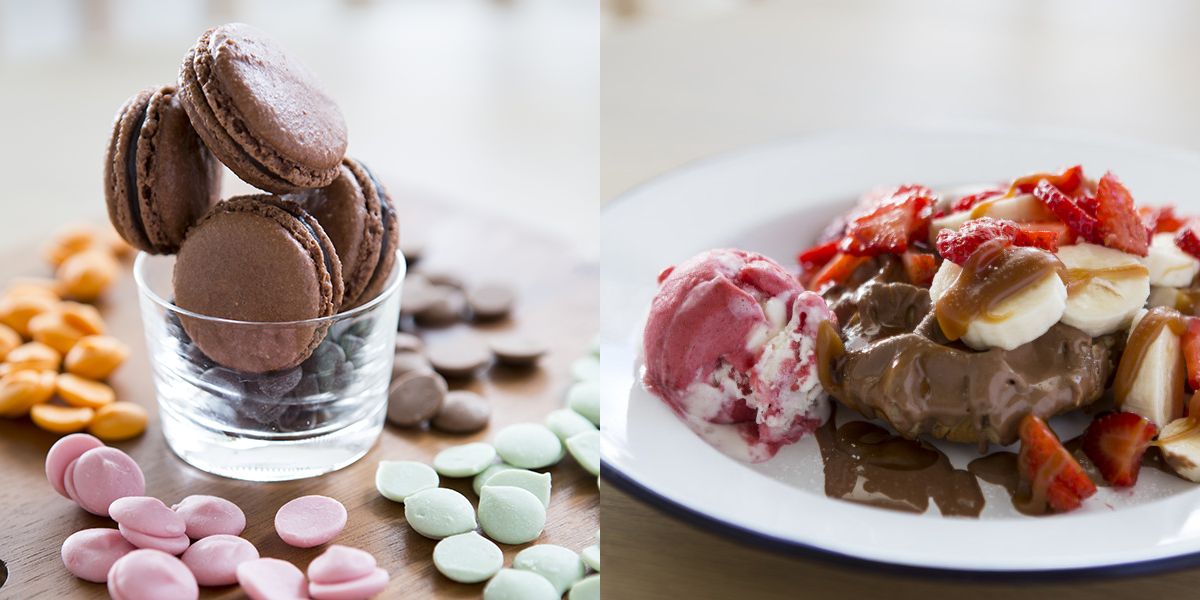 And, lastly: the coffee! Coffee is so important to Melburnians – why did you decide to make Italy your inspiration here?

When you go to Italy and you ask them for a coffee, the coolest cafés will have illy. Illy’s been in the café industry for 75 years. I love the Melbourne designer coffee at the moment, it’s really cool. But, to come and do the same, I’ve got to keep it European so I’ll stick with illy.

Why do you think artisan produce is so important to French people and French culture in particular?

I think there’s an element of care when you do something by hand. There’s also something about making it commercial that doesn’t leave you with bad taste. If it’s bulk produced then… no. That has to be it. I wouldn’t have it any other way. Even when I was looking at my cakes and things, if it was oversupplied, what would make me any different?

Where did you learn to make them all?

Well, I love art. I was always a painter; I used to do that in France, creating… I guess it comes from that. 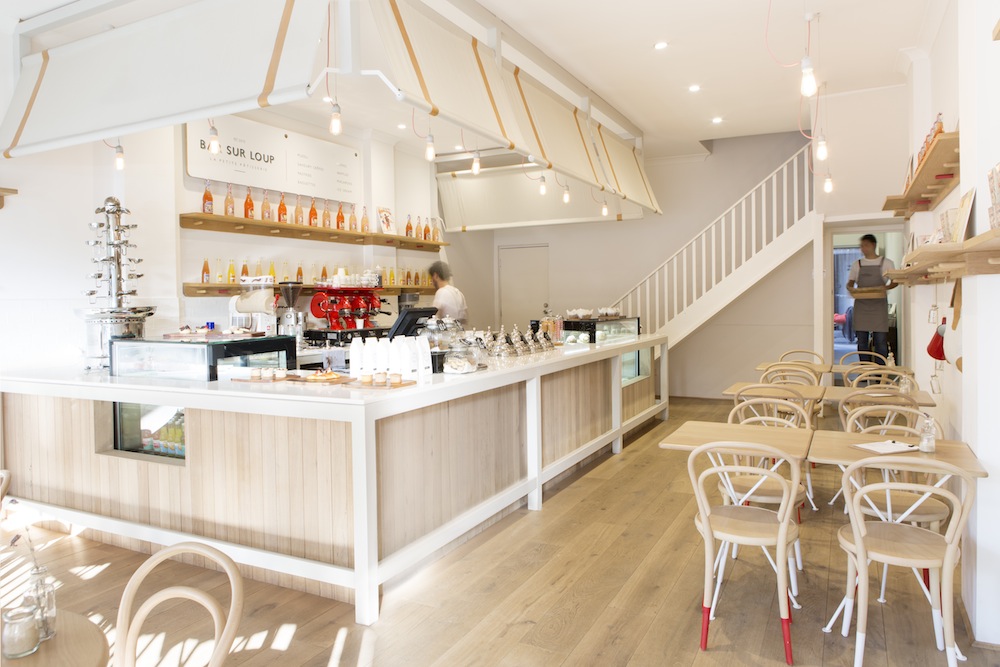 Do you have a favourite French dessert or pastry?

I remember the first time I tried a liège waffle – that left me speechless, I was thinking about it for weeks, including the Belgian chocolate! This is true: I even took a photo. And I’ve got that photo. I’m in the heart of Brussles, eating a Belgian waffle and it would not leave me and I had to know how to repeat it, and here we are!

What kind of qualities does somebody who does what you do need to excel?

Do you have any favourite French places in Melbourne?

Have you ever tried liège waffles? What’s your favourite French pastry? Tell us below!