My journey began with learning French

Each day I have a greater yearning for a deeper understanding of France, the French people and their culture.

Having become aware of the enormous role Philosophy plays in French education and culture I’m feeling more and more that I’d like to study Philosophy.

This awareness resurfaced last weekend when I for the second time saw the French film ‘L’avenir ‘- ‘Things to come’.

I enjoyed this film the first time I saw it and I loved it the second time.

Relatively recently, and before seeing this film I heard myself say to my husband that I’d like to study Philosophy… 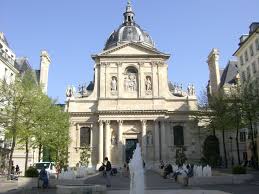 Then I came across and read an article about Isabelle Huppert and L’avenir and Mia Hansen-Løve.

In that article, I read a quote which brought a smile to my face…

At 36, Mia Hansen-Love is a relative newcomer. Her previous features include Father of My Children, Goodbye First Love and Eden, all of which were based on stories from within her own family. Huppert had worked with her [Huppert] before as an actor in Sentimental Destination, directed by Olivier Assayas, Hansen-Love’s real-life partner.

“Mia was playing my daughter, this young woman who was becoming a nun,” Huppert says. “And now, a few years later she becomes my mother in a way because an actor is always a little bit the child of the director. And this is what I like about the film, too: the generations are not what you expect. Nothing is predictable.”

Knowing the director already, she says, “it took me two minutes to say yes”. And while she is generally said to be intimidating and exacting on set – “No, I am very nice,” she corrected another interviewer on this score – Hansen-Love speaks not just to her talent, but her ability to collaborate.

“When Isabelle Huppert decides to take on a role, she gives the director an extraordinary trust, which is what allowed us to get on really well.” They also shared a belief in finding the film in the course of making it. “We are both very concrete and pragmatic. We believe you can do that only in the rhythm, which is something you build on set when you are shooting the film. Then you find the little nuances and it is amazing how she can do that, the thousands of nuances she can give you.”

Curiously, Huppert was acquainted with the director’s mother, whose story this is; she taught one of her own daughters. But it was also the kind of life Huppert understood. Nathalie’s life has been spent thinking; nobody can take away what is in fact her greatest pleasure. The film is full of quotations, exchanges of books, questions of ethics and existence Nathalie puts to her class and discussions of finer political points of order over dinner at the mountain commune where her former star student now lives, writing about the Frankfurt School. It is all very French, n’est-ce pas?

“I think it is French in the best sense of the word if French means to be capable of portraying an intellectual,” says Huppert. “A certain category of person which is so rare to see on screen, even in French films. She says in such a simple way: I am fulfilled by reading. For her it is a kind of hedonism. I like that; it is a nice statement in a film.”

Does philosophy play a part in her own life? “Not enough, my dear, not enough!” she says drily. “It would be helpful. And you know, it’s something I think about. I could give up being an actress and go to the university in Paris to study.”

What? Isabelle Huppert give up acting?

“Well, of course, I’m joking,” she says. “But also it’s true that when you do something you really like, as I do, at some point you do become dependent on it. It’s a pleasure but it’s also a need. So sometimes you flirt with the idea of giving it up. Of course!” She smiles that wintry Huppert half-smile that is, really, just a subtle displacement of lipstick. “But not for long. For five minutes.” And then, no doubt, it’s time to get back to work.

I haven’t ever tried to act.

Instinctively I’ve always thought I’d be really bad at it.

Then I read what Isabelle Huppert said about acting:

I really understand about learning how to be: inventing or re-inventing yourself – that you can learn that! And, to me, that’s called life!

So, let’s be clear, I don’t think I was born an actor and I’m not interested in trying to become an actor, whether a natural born one or not!

But I’m very interested in a number of other concepts contained in this film.

What I loved about L’avenir

In particular, I love the way she is not the clichéd jilted woman:

Scenes I loved, that I related to in my own life: –

Join me in Conversation in comments below

Do you enjoy her acting? Which are her films that are your favourites? Here you can read an interview with Huppert on the philosophy of acting.

The Director Mia Hansen-Løve we interviewed for this magazine back in 2012 when she was just 31-years of age. The two-part interview you can read here and here.

Maybe I’ll run into Isabelle Huppert when and if I go to the Sorbonne or Science Po to study ‘Philo’ sometime in the near future!

Have you seen L’avenir? what is your favourite Huppert film?

If you missed any of the recent le Bulletin ‘Conversations’ you can play catch up here and now!