Nailing the work-life balance: is the French work ethic the best in the world? 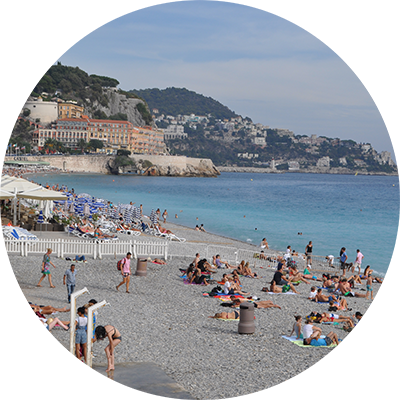 There is a snooty feeling that many outside of France share: that the French are a lazy bunch, and as their many well-publicised manifs supposedly show, opposed to a little good old-fashioned toil and elbow grease.

I’m going to swim against this powerful tide of popular opinion, and argue that this is in fact far from the truth.

However, I’m a little embarrassed to admit that I once shared in the aforementioned feeling myself – the number of shops closed in Paris in August astonished me. When I mistakenly attempted to laugh at this with my (French) boyfriend, he responded with: “Do we not…” – and his lips seemed to curl with disdain around the shape of ‘not’ – “have the right to vacations?”

And there’s no doubt that they do. En fait, as I was to find out, not only is a little time in the South of France good for R&R to find that enigmatic joie de vivre which the French so adore, but it is beneficial for both the workers and the employers of France in terms of efficiency.

So why exactly are we all still laughing at the French work ethic?

France: a land of a different kind of opportunity

I have had two separate French teachers on two separate occasions impress upon us the importance of ‘faire la grève’ and ‘une manifestation’ in French culture. Such terms are central to both French vocabulary and sense of identity. 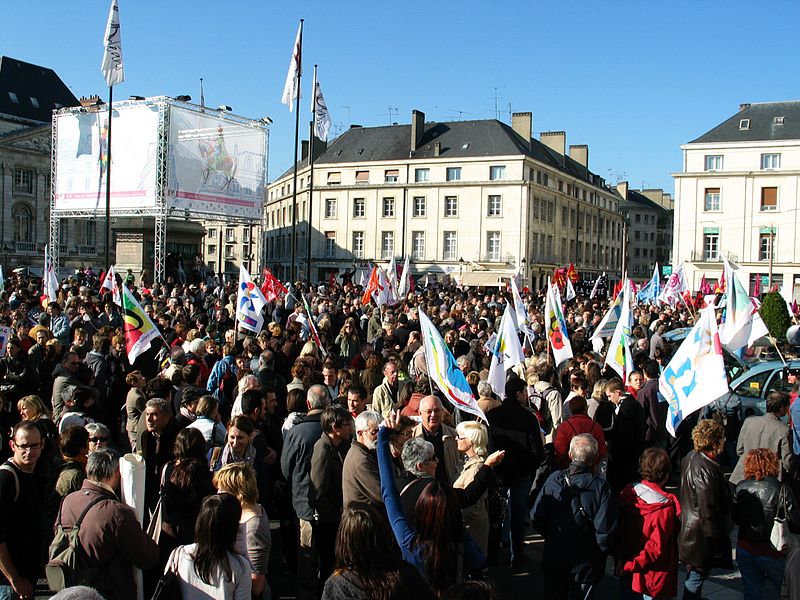 In May and June of 1936, more than a million workers went on strike. A risky move, oui, but it certainly paid off. French workers now have the right to take at least 31 days off per year, and under the Matignon agreements (a direct result of the strike action) the workers were given the legal right to strike and all obstacles to unions were removed.

France still continues to progress in this regard. Many employers’ federations and unions have recently signed a contract that ensures that French employees cannot continue to look at work-related material on their computers or smartphones after work hours. Which should mean no more sleeping with an iPhone tucked under the pillow like a security blanket, waiting for the slightest buzz.

Where les Francais are proud of their hard-won rights to downtime, it seems that many other cultures take pride in a different sort of work ethic. It’s one where la joie de vivre has been replaced by a sense of pride in saying: “I’m too busy” – code for “I have an important job”.

The work-life balance seesaws between different countries. For many in the U.S, the balance seems to fall heavily on the side of work, with a presiding belief that work is an inherently noble pursuit. It appears that many view work as their driving force in life, which helps to explain why a 2010 survey indicated that the average American uses only 16 vacation days a year – a sorry figure beside the generous French figure of 31 days per year.

In Australia, a country supposedly full of sun-soaked, surf-loving individuals, the situation is no different. Our Editor-at-large, Hannah Duke, had experiences to share about the expectation and pressure placed on Australian workers by their employers. She noted that “in turn this creates the feeling within the person that they need to work extra. No one feels safe saying ‘No- I need to stop'”.

En fait, so deeply entrenched has this working culture become that the Australian government has funded an advertising campaign urging workers to leave the office and hit the beach for a much-needed break. In an effort to push the balance in the other direction, Tourism Australia launched the ‘No Leave, No Life’ campaign in 2009.

So what are the effects?

C’est evident from a logistical point of view that working overly long hours without sufficient winding down time isn’t good for us in terms of health or enjoyment – on n’est pas des robots! But it will interest the employers out there to know that in fact, working more does not equate to greater efficiency. 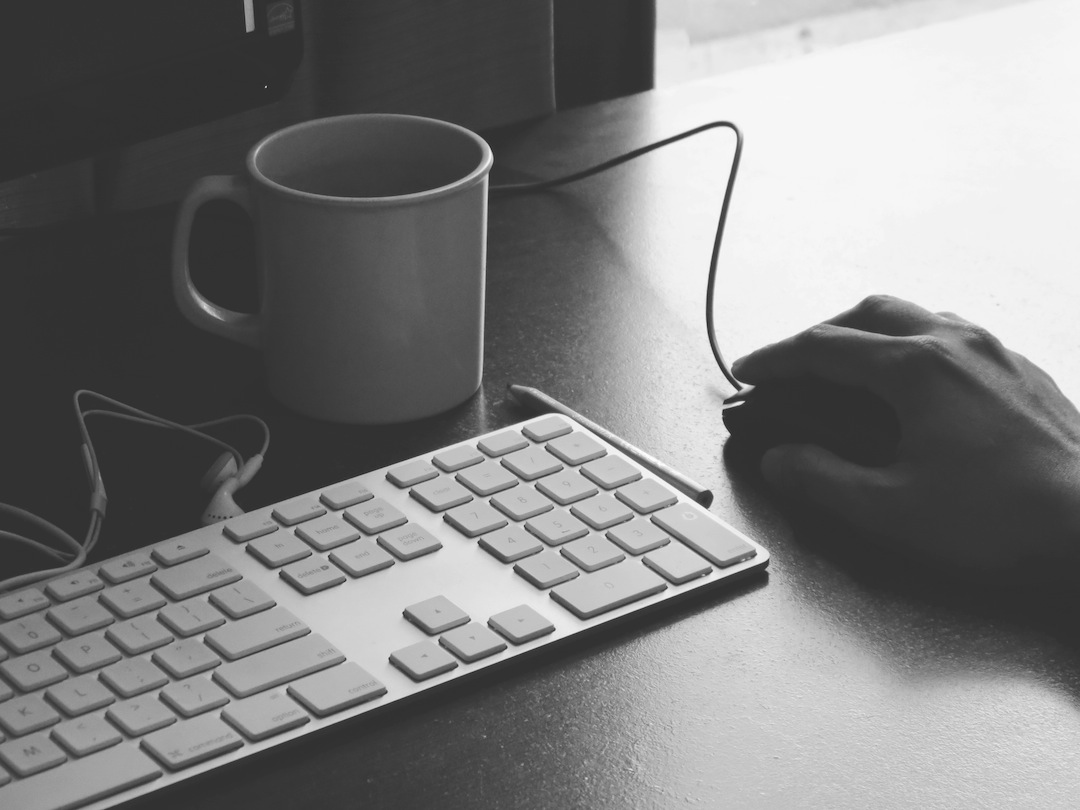 The French secret to efficiency

It appears that the French, far from being un peuple paresseux – fond of wine-swilling, cigarette smoking and long lunches – have found the key to maintaining productivity levels: not working too hard. And there’s even some science to back it up.

‘More, bigger, faster’ was the slogan of the Industrial Revolution, and it has crept into our working habits, pushing many of us to believe that this is the only way to get things done. However, it’s based on the entirely misguided assumption that both energy and time are infinite, when even a basic grasp of simple physics shows that this is not the case.

There is good news though: luckily energy is renewable, and this is where August vacations and switching phones off outside work come in. Time-off is essential in order to build this precious energy back up.

Le secret, du coup, is in not pushing ourselves too hard. In his humorous essay on ’Parkinson’s Law’, Cyril Northcote Parkinson explains why working long hours isn’t the answer to creating sky-high productivity levels. Simply put, his law states that “work expands so as to fill the time available for its completion”. In other words: if you think staying until 10pm reflects on how important, busy, necessary, dedicated (etc. etc.) you are, you will stay until that time, but you won’t get more done. The work you have to do will simply take longer, so as to fill this time. 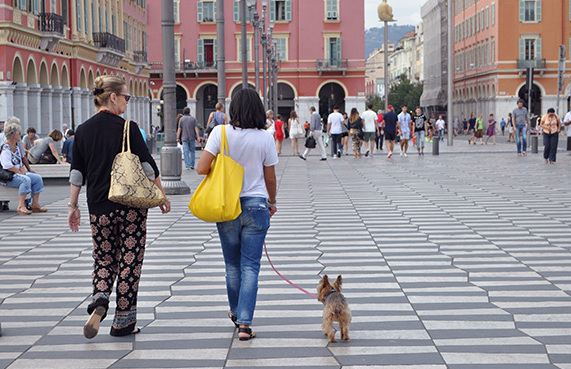 As someone starting out on my own career path, I know which part of the world I would rather settle in. Personally, I’m much too fond of la belle vie – after work drinks, long lunches, time in the South – to try burning the candle from both ends. Hopefully, my future employers will follow the French way of thinking (and they should, science does back it up after all!) and realise that this will make me an immeasurably better employee, rather than a lazy one.

Do you think we could learn a thing or two from the French work ethic? What’s your work-life balance like? Share your experiences and opinions in the comments below.