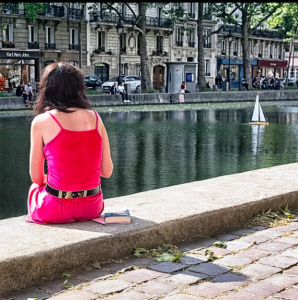 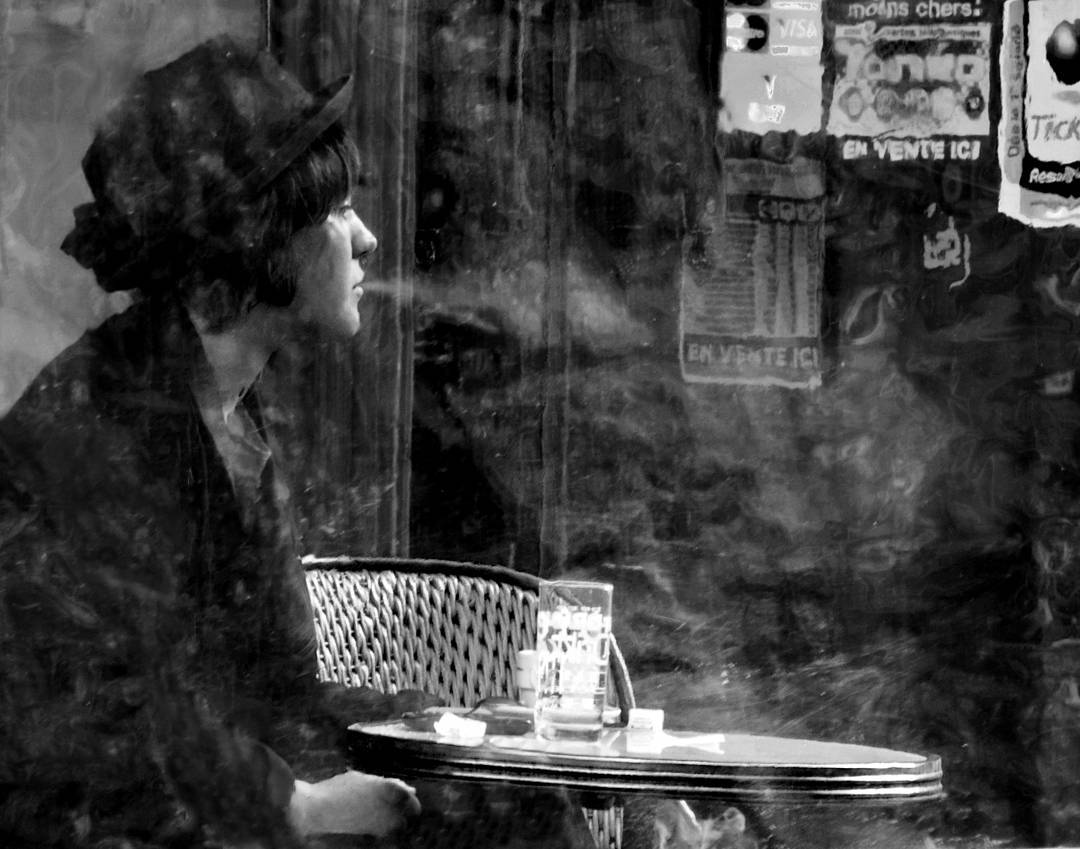 It’s common to attach yourself to and even bond with like-minded people. I find it endlessly intriguing that I meet strangers and yet almost immediately feel a strong connection and seem to share a belief system with them.

Perhaps I find these people because my curiosity is a ‘lens’ with a built-in filter; perhaps there is some stronger force. Irrespective, I find that this is my life. It’s the part I love most! I get to meet the most wonderful array of individuals who are frequently creative, strong and definitely independent. And that’s it really – that’s my life! It constantly leaves me with a sense of wonderment. 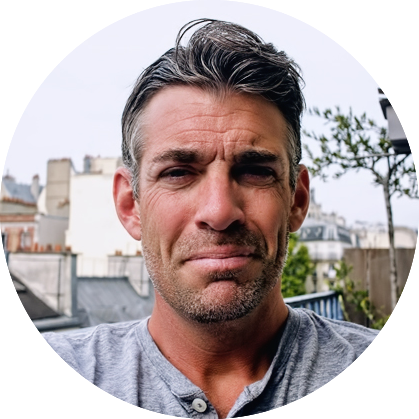 I’d like to introduce you to Kevin Doolan: male, in midlife, lives in Chicago. Kevin is in the process of changing his life by following his creativity and passion for living in Paris, where he is a burgeoning street photographer.

Kevin admits openly that he “entered [Paris] as a cynic and left as a convert. Or, perhaps more accurately, have never left.” The way he became interested in Paris and how he became a convert are not unusual. We’ve heard it all before. A rebellious streak at school resulted in him studying the French language, then much later an almost accidental visit to Paris was brought about by the insistence of a companion – et voilà: all is changed! Well, not quite yet.

As I had the pleasure of chatting with Kevin I discovered a creative, analytical, curious and open-minded individual. He was brought up through reading and storytelling, in particular, by and with his actor Father. In his early childhood, he learned about “creating characters and conveying complex emotions via non-verbal means… approaches that are easily reverse-engineered to perceive more information during interactions with real people”. He says:

To me, earnest observation – and the insight it provides – can feel like an extra sense that supplies another dimension of depth, understanding and empathy to life.” 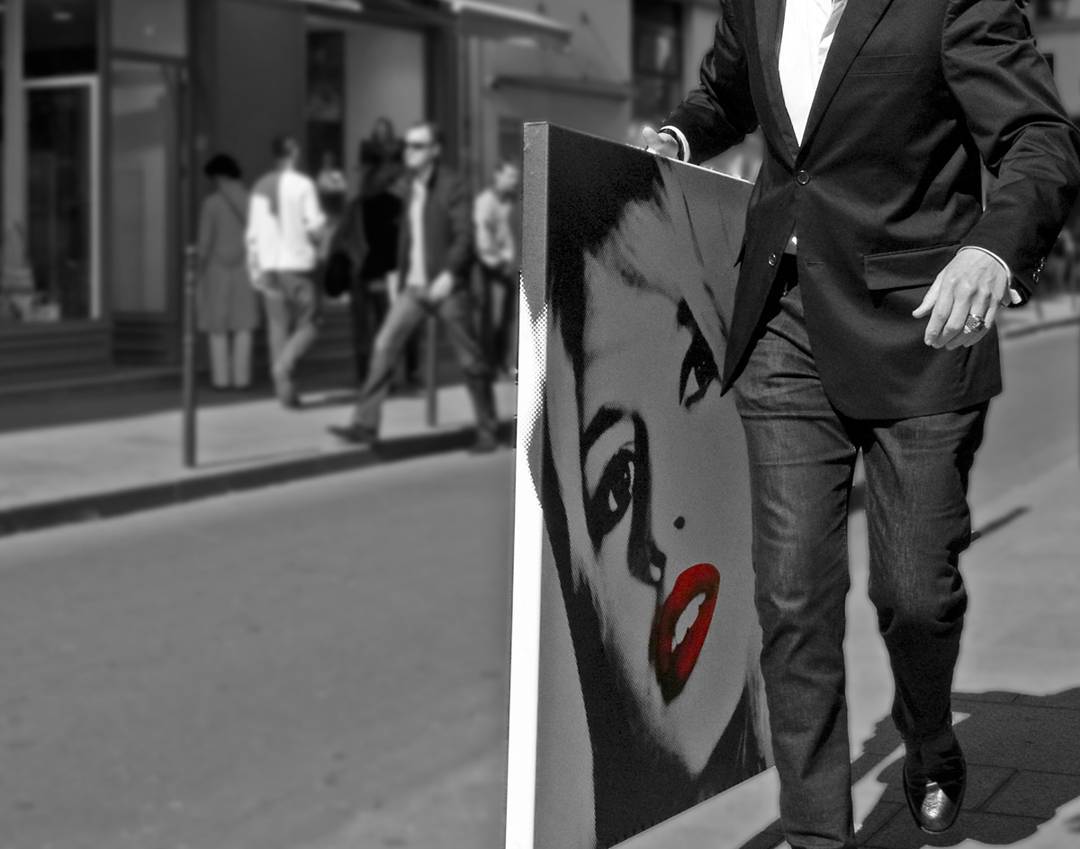 Those of you who know me, know that I’m insatiably curious; I particularly love getting to know creative people and trying to understand them and the source of their creative drive. With Kevin, I found that easy. I ‘get’ him! I too am a flaneuse: while not a street photographer, I am a people watcher and I develop scenarios whilst I’m observing. I watch people and the world in a state of wonderment, which doesn’t seem to be reducing as my years on this planet increase. Also, those who intentionally set out to change their lives intrigue me more and more.

Paris as a soul mate

After Kevin left the ‘rat-race’ of a professional career in law, he started taking “annual extended sojourns in Paris” as part of a plan to live there permanently. At this time his friends  “…were puzzled as to why I kept returning [to Paris] and wondered what I did with my days and months there. They understood it as a tourist destination but not as a soul mate.” He says he tried to explain the almost unexplainable and then tried to convey his everyday adventures through photos “but [I] knew that traditional postcard images showed only the town’s beauty, not her heart.”

He contemplated ways to “…capture the vibrancy I found in the diversity of her everyday moments, but the most telling tableaus were too fleeting and natural to be captured via traditional means.“ He tried to record these scenes: 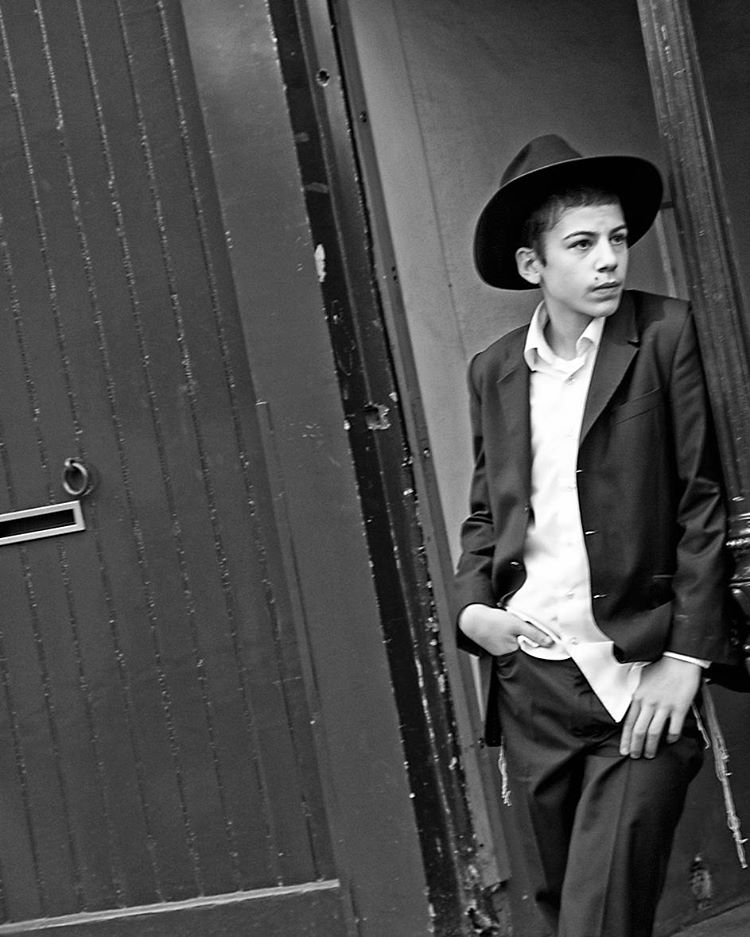 …wandering the streets with a camera and a mission to document the candid slices of life that enchanted me every day and revealed so much about the real Paris and her people.”

Through Instagram, Kevin has found that his images and words together can provide insight into the magic of ‘his Paris’. Kevin’s work has resonated with Paris lovers globally. But a word of warning: be prepared to get lost in Paris, her people and their stories – all through Kevin’s street photographer lens, of course.

Kevin says that, as a street photographer, there are no criteria for selecting one scene over another. He prefers an “…organic approach: I walk, walk, walk and walk and walk and allow the stories to find me… Tales may reveal themselves in emotion, body language, kindness, beauty, humour, fashion, poise… perhaps the way a subject perfectly fits the environs or absolutely contradicts them… sometimes there’s just an energy in the air which you only hope the camera can capture.” He adds: “Scenes pass so quickly that the eye rarely has time to help when shooting, but it later plays an important role in processing the photos and trying to coax the essence of the moment from a raw image.”

…it can supply a window to other cultures or hold a mirror to one’s own. It can humanise unfamiliar communities, provide dignity to the downtrodden or perspective on the elite… it has the power to celebrate our similarities and our differences while provoking smiles, tears and thoughts.”

As I’ve said I’m always fascinated by people who’ve changed their lives and especially how they went about making this change. When I asked Kevin about his experience, he said: “Though I’ve always thought outside-the-box when solving logistical problems I rarely brought that same perspective to bear on my own life, which too often felt welded to career tracks.” Upon reflection, and given another chance, Kevin told me that he’d have avoided the professional tunnel vision that academia and corporate America foisted on his generation and if he’d known better at the time he’d have “…forged my own way based on passion rather than expectations.”

But I wanted to hear the actual story and this is what I found out about Kevin’s life changing journey. “My interest in law as a subject led me to law school, though I had little desire to actually practice. Nevertheless, logic – and the years of accumulated studies – dictated that I go into the field, and I worked for years in legal research, brief writing and ultimately ended up managing complex commercial litigation matters.” So Kevin, what was the trigger that brought about your change in perspective? “Like one dreading the implications of a New Year’s resolution, I knew that the (metaphorical) treadmill was not for me long before I even mounted… but societal/financial pressures and lack of perceived alternate options lead me aboard anyway.” 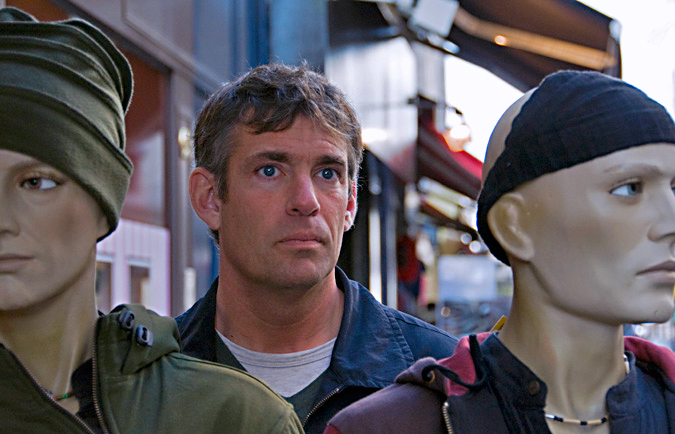 “The professional life served practical purposes, but it was clear that my heart and hopes lay in more creative pursuits. My partner encouraged me to escape, but it felt impractical to make that move until I had a viable plan. When she convincingly made the point that my demanding professional path was so divergent from a creative one that tending the former would preclude the latter, it hit home and the notion became real. Almost immediately I gave a month’s notice to my surprised employer, rebuffed attempts to retain me, and never looked back.”

“Kevin, how did you adapt to your life as a consequence of making such a dramatic change?” I asked to which he said: “Suddenly there was no office, no paycheck, no rules. Like a long-term prisoner granted parole, I realised that gaining freedom and shedding structure was exhilarating, but also confusing and daunting.”

I’m really enjoying Kevin’s visual explanation, but I’m still thirsty for more information… and then he added “The beauty (and the challenge) of this new path was that there really was no path at all; I was forced to improvise, to acquire new skills and reprioritise old ones as I sought a rewarding/enjoyable/unshackled existence via creative pursuits (writing, photography and graphic design). Little has gone as planned, but pieces have fallen into place and I’m still learning, adapting and growing.”

In closing, I asked Kevin what he enjoyed most about his current lifestyle and stage of life, to which he said: “The ability to enjoy the freedom of the future while employing wisdom from the past.”

Follow our series ‘Paris insight‘, featuring our favourite Paris Instagram accounts:
slices of Paris through the lens of creatives.

Have you made a life change like Kevin Doolan? What passions are you pursuing?
Join the conversation below in comments or on twitter @MaVieFrancaise