Series: First and last steps of a French President 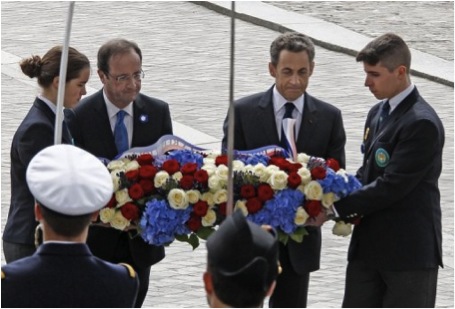 On 8 May, the French celebrated the end of World Word II. This was the perfect opportunity for the former and the future president to show that despite a fierce battle, there is continuity in French democracy. Both of them have now stepped into a new chapter of their lives with certainly a fully booked agenda in the coming weeks.

François Hollande and Nicolas Sarkozy carried the traditional gerbe de fleurs together to the tombstone of the unknown soldier, la tombe du soldat inconnu. This was to commemorate the victory over Germany in 1945 in front the of Arc de Triomphe.

Inviting his successor to this symbolic event was an appeasing gesture from Nicolas Sarkozy. He demonstrated here that this transition is done en bonne intelligence. This has never happened before in the political history of France. 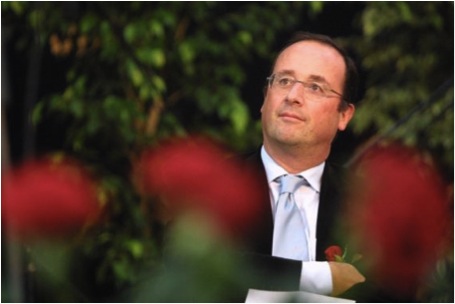 François Hollande will officially become President during a handover ceremony with Nicolas Sarkozy on 15 May.

Even before that day he has announced five immediate measures he wants to put in place before mid-June, the date of the legislative elections.

Is this a kind of soft révolution des roses à la française? The French will definitely be keeping an eye on the first 100 days of their new president.

How do you think the election of François Hollande will affect France? Do you think the French people made the right choice? Share your thoughts with us in the comments.