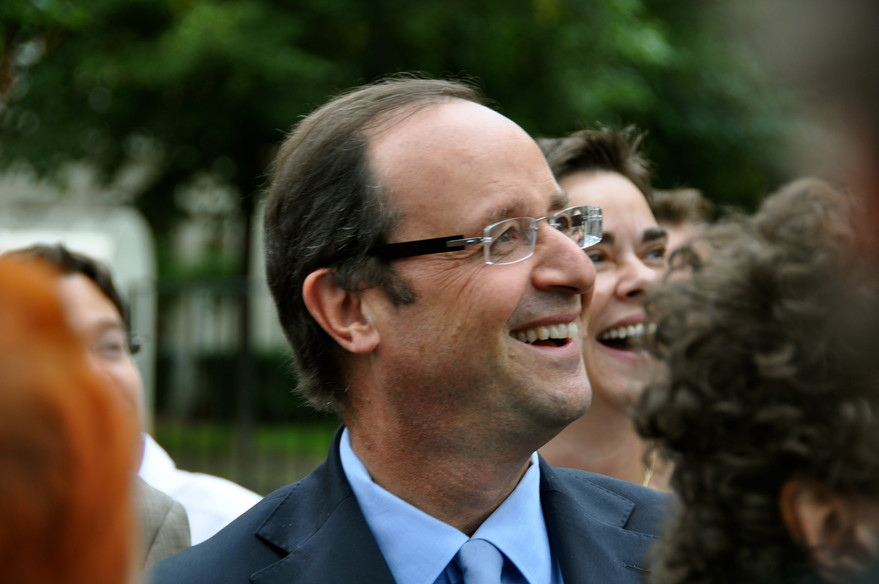 He said it himself: “rien n’est normal quand on est Président de la République”. In particular, you have to quickly accept giving up any control over your image.

In today’s highly connected world, popularity is a curse. It takes a good dose of self-confidence and coolness to keep a vital distance from all the noise.

In France, freedom of speech, self-derision, schoolkid humour and a certain taste for vaudeville are embedded in the national culture. The French President needs to have a thick skin and a great sense of humour. He is the perfect victim for professional cartoonists and humorists, mainstream media and tabloids, but also for ‘normal’ people who are today empowered by social and mobile media. 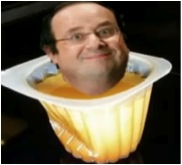 François Hollande (FH) learned that the hard way long before being Head of State. The nickname ‘Flamby’ that Arnaud Montebourg (today his minister of industrial recovery, FH is obviously not rancorous) gave him in 2003 still sticks.

For our non-French readers, a flamby is a flan with caramel; a jelly-like dessert produced by Nestlé. Some even said the product brand benefited from this joke.¹

On the private TV channel Canal+, FH has had a puppet as his effigy since the beginning of his political career. It became more aggressive and sometimes really naughty since his election. Naturally the puppet of the first girlfriend adds to the colourful representations at ‘Les Guignols de l’Info, a well-established parody of the daily news.² 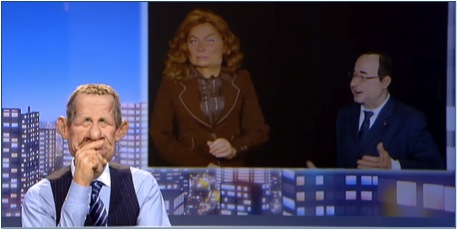 No place to hide in France 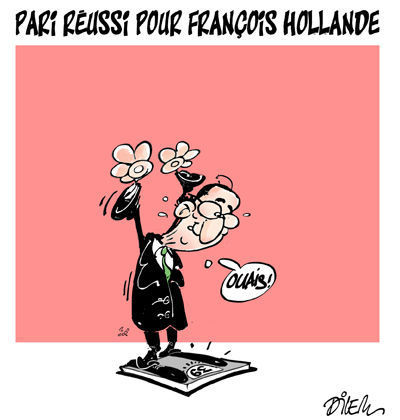 A host of French and international press cartoonists and photographers do not miss an opportunity to make fun of FH’s every step, whether political or private. And their inspired creations spread on the web at the speed of light.

On the radio RTL humorist Laurent Gerra made a filmed imitation of FH while he was still in the studio.

One of the many blogs about French politics, ‘Les Politichiens’, highlights political jargon and of course has a page on FH, not to mention private blogs and Facebook pages adding to the flow of critics. 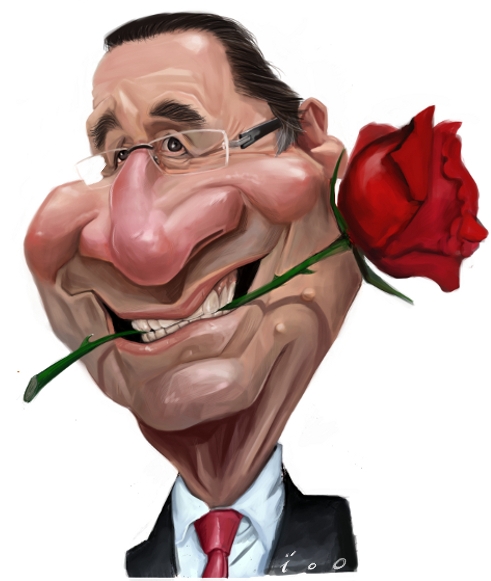 Isn’t it great to be popular? How can a normal being bare this everyday? In fact you have no other choice, even when you have a communications team of over 100 people and your son taking care of your social media.³

Thomas Hollande did not appreciate (nor did 49% of the French people?) the mid-June tweet of Valérie Trierweiler and a family crisis has been brewing ever since.? Since this little incident, when the presidential couple appears in the media she looks less flamboyante and always in the background, making no comments, smiling here and there to the crowd and the cameras.

But when ‘VSD’, one of the French tabloids, published the couple in swimsuits on their cover page in  mid-August,? she threatened the editor in chief to go to court.? Was this a political tactic from an ex-journalist?? 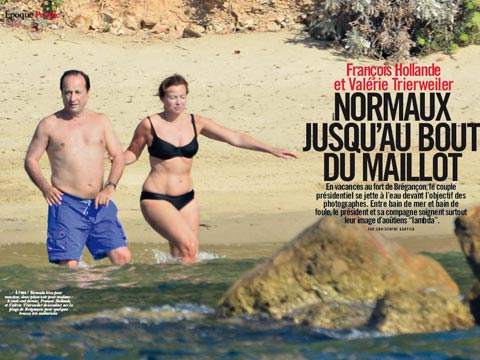