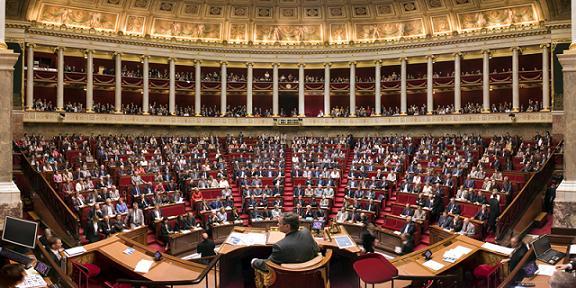 A new battle is taking place in France (until June 17) as the French elect their 14th National Assembly. The challenge for the new French government? To attain the Parliamentary majority needed for strong support of its change project. The first round has reopened the hostilities. The message from the French people is clear.

The French Parliament consists of two assemblies, the French National Assembly and the Senate. They sit in two distinct premises in Paris: the Palais Bourbon and the Palais du Luxembourg respectively.

Members of Parliament (MPs) and Senators are national representatives. The Senate is made up of 348 Senators, elected for six years, half of which are renewed every three years.

The National Assembly is made up of 577 MPs, elected for a five-year mandate by direct universal suffrage. Thus the French were called back to the ballot boxes just a month after their new government had started to work, to sort out more than 6,000 local candidates. 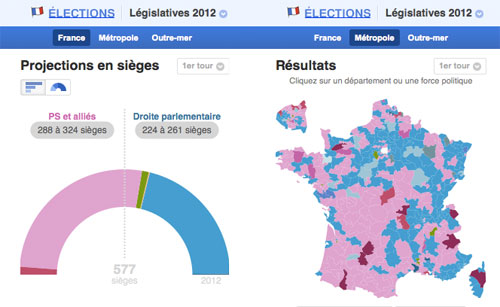 Mobilising the voters is always a challenge for this type of election; only 57.23% of them participated in the first round.

They have a different relationship with their representatives at Parliament as these are often also their local politician, mayor or regional councillor. In some areas, the battle was fierce with the so-called Mouvement Bleu Marine, the new name of the extreme-right party headed by Marine Le Pen. Still, they should not win more than two seats at the National Assembly.

If the French confirm their choice in the second round on June 17, the Presidential majority of the Socialists will give François Hollande some peace of mind.

A few ministers chosen by the President and the Prime Minister to form the new government were amongst the MPs to be reelected by the people. This is like a second examination for them, in their own region, depending on the vote of their closest citizens.

François Hollande made it mandatory that if a minister does not get elected at this regional level, he or she would have to leave the government. Naturally the local opponents of new branded Ministers are putting on all the pressure possible till the second round. 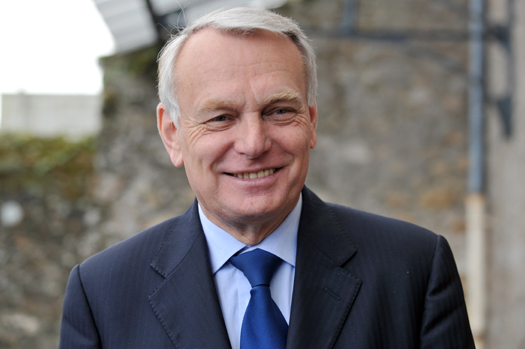 The happy ministers elected by more than 50% of their voters in the first round are¹:

All the others will have to wait for the second round of this election to know for sure that they can stay in the government. 14 of them have good chances as they are in a favourable ballotage with their opponent candidates.

Only one region, the Tarn-et-Garonne, will see Sylvia Pinel, delegate minister for commerce and tourism, duel with the young niece of Marine Le Pen. Finally, the minister of Economy and Finances Pierre Moscovici, will have to face two candidates from the right in the Doubs region.

How important is it for citizens to be involved in the election of the National Assembly? Should voting be mandatory? Share your thoughts with us, below.