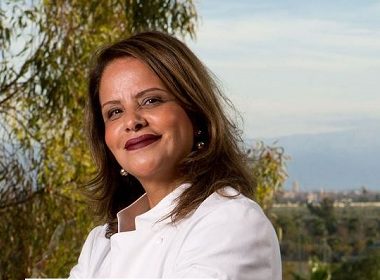 Chef and ethnologist Fatéma Hal has cooking in her blood. Descended from a modest family in Oudia, she left Morocco for France with many career aspirations. She was unsure if tradition, which requires women to stay at home and look after the family, would allow her to fulfil her ambitions.

Today, she presents her food creations in Paris at her restaurant Le Mansouria. Recently, Fatéma Hal was drawn back to her home country to bring the traditional recipes up to date at the Cour des Lions restaurant, a gourmet eatery established in a palace in the Moroccan city of Marrakech.

Fatéma Hal had an uncertain start 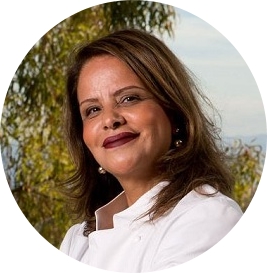 Up until the age of 18, Fatéma Hal lived in Morocco, but after being forced to marry a man chosen by her family, she had to leave with him to go to France.

She had three children and at the same time studied Arabic literature at l’Université Paris VIII. She continued studying anthropology at the prestigious higher education institute École pratique des Hautes Études, where she obtained a degree in ethnology in 1979.

She later chose to divorce her husband and campaign for the status of women alongside politician Yvette Roudy, whom she met working at the Ministry of Women’s Rights where she carried out studies.

But a profound desire to share her culture, and therefore her cuisine, emerged. In 1984 Fatima opened a small restaurant in the 11th arrondissement of Paris, financed through a tontine as she was refused a loan by her bank.

A commitment to serve all tastes and flavours 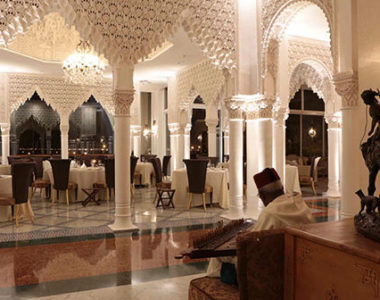 As a ‘dada’, (a Moroccan term for a hobbyist chef who cooks for a family, restaurant or whole community), Fatéma Hal was able to dedicate herself entirely to her hidden passion for cooking.

Her restaurant grew and has quickly become the temple of Moroccan food in Paris.

But Fatéma decided to go one step further by creating an association to train young women in cooking, and in 2001 she received the prestigious order of merit, la Légion d’honneur.

Every time she returns to her home country, Fatéma talks to the older generations in the villages to gather traditional recipes to share with her restaurant clientele.

That’s also what she did when writing her first book ‘The tastes and gestures of Morocco,’ in which spices take pride of place. Fatéma believes that:

With spices, cooking becomes alchemy… what interests me about cooking is making people dream and rediscover a sense of travel 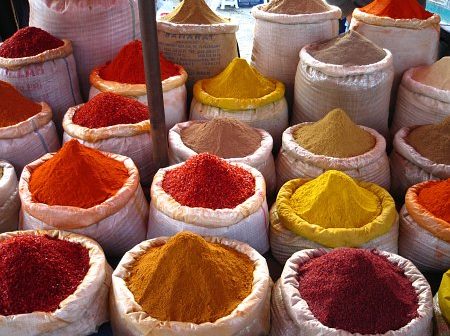 Food of love and patience

It’s the expression of love that shines through her cooking which incited the managers of La Cour des Lions restaurant in Marrakech to call on her services. What an opportunity for this exceptional cook to have adapted equipment, local ingredients and future passionate “dadas”, all at her disposal. 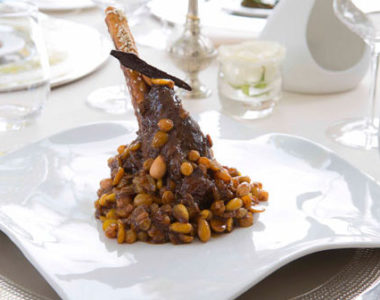 By revealing the fusion of Moroccan cultures – made up of an intersection of African, Arabic, Arabic-Andalusian, Jewish, Chinese and European civilisations all coming together – she knowledgeably traces a path along the Spice Road, from past and present.

An example being La Mourouzia, a Moroccan recipe made up of spiced lamb shanks that dates back to the 6th century or Fatéma’s delicious Pigeon Pastilla recipe.

But as everyone knows, food doesn’t have an age and it unites people wherever they are in the world.

For Fatéma Hal: “Food remains a strong link in a humanity which can often fall apart.”

Do you share Fatéma Hal’s passion for cooking? Let us know your favourite French-fusion recipes in the comments.

[This article was originally written in French by Author: Vicky Sommet ]

This collaboration enables you to read this series of inspiring life stories in English here on MyFrenchLife™ – MaVieFrançaise® magazine and in French on midetplus.fr for further inspiration.
We hope that you enjoy it.