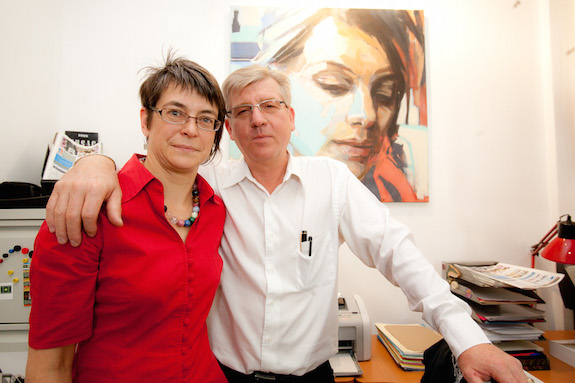 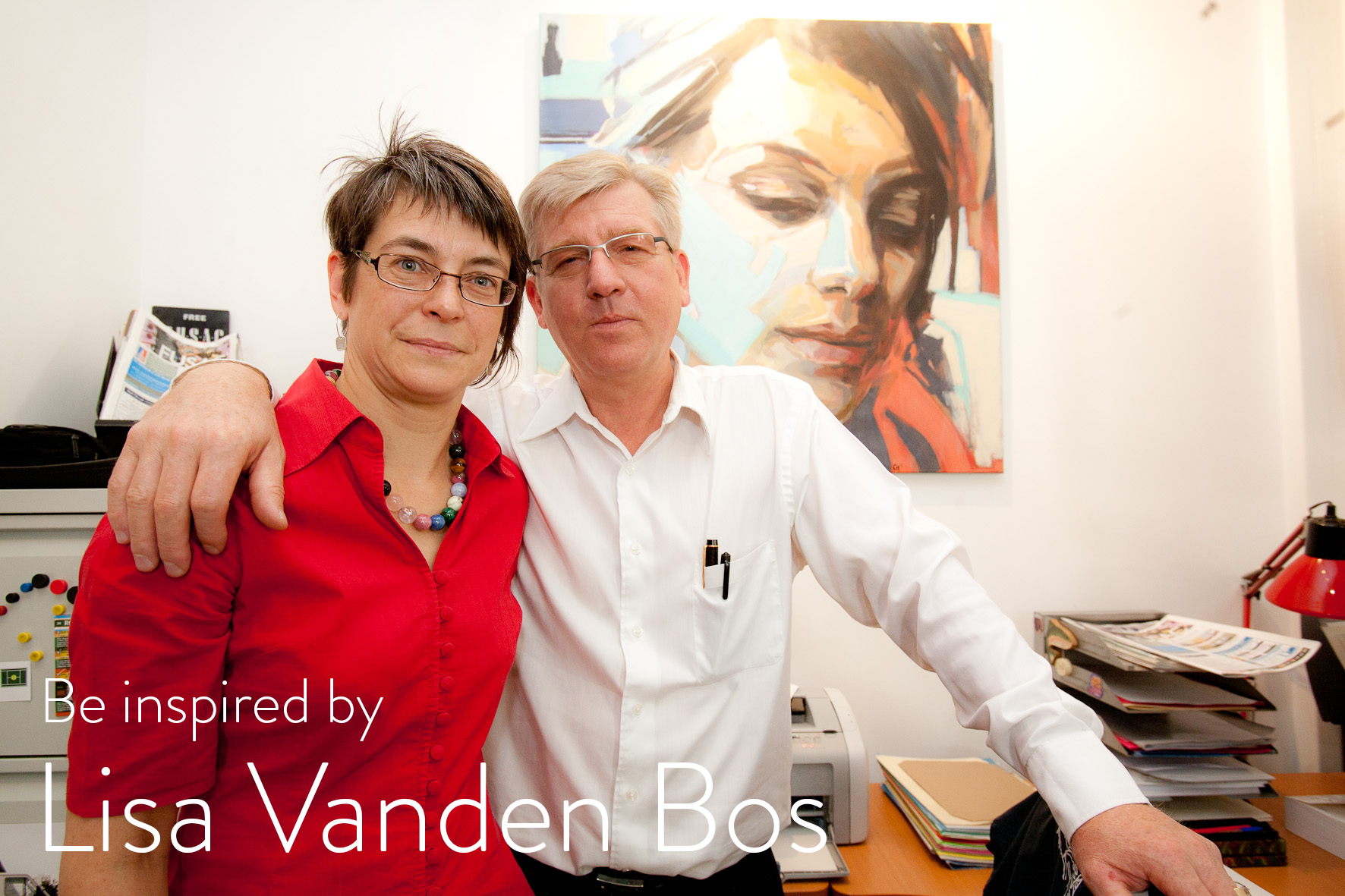 Like many expats living in Paris, Lisa Vanden Bos first came to the French capital as a student. She arrived in 1986 for her year abroad, and then returned home to graduate. Six months later, she was back – and hasn’t left since.

She returned to be with her “not-yet-husband” John, just “as he was throwing hat in the ring of business and creating FUSAC”. Nearly three decades on, FUSAC, the ultimate advertisement space for the Anglophone community in Paris, is alive and well.

The website today connects English speaking communities with ads offering employment, childcare and housing, as well as announcements and articles about activities, meeting places and items for sale. Beyond this, it helps expats to integrate better into French society, allowing them to be more than tourists or even travellers, and truly become locals.

It has been a trailblazer in all respects, navigating rocky terrain from desktop publishing and the introduction of fax, to then become one of the first publications to go online in 1998.

As with all tales of entrepreneurship, Lisa and John’s story is full of ups, downs, twists, turns – and of course rewards. So, we were intrigued to hear more from one of the co-founders herself…

It took Lisa a while to adjust to life in Paris. Despite having studied French in high school and college, she says it was only after having lived in Paris for two years that she stopped rehearsing what she was going to say before entering a shop.

“You never lose your accent, so people constantly ask where you are from, which wears thin after 25 years!” she adds.

Being Francophiles, we know what it’s like to feel the thrill of travel yet still be missing home. Lisa gives great advice: “Being away from ‘home’ is exciting but also hard. No matter how much you like a city or a culture if you are not from there you’ll always be comparing it to ‘home’. All that stimulation and figuring things out can be exhausting. But if you want to live here, feel comfortable and be able to interact with locals: learn the language, follow the news, politics and football.”

Building a marketplace for Francophiles 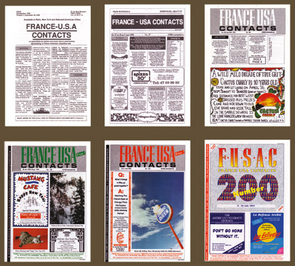 Back when FUSAC was born, Lisa’s husband John had been travelling between Paris and the US for a number of years. When in Paris he taught English, but was always on the lookout for odd jobs. Finding housing was also an issue for him. Lisa explained to us how John’s constant search led him to the idea for FUSAC.

“Back then to find a job you either posted a note with those little tear-off fringe tabs that had your phone number at the boulangerie or pell-mell on the bulletin boards. John thought there could be a better system.”

“In 1988 he read an article about a man who created a baseball magazine using a new technology called desktop publishing. DTP allowed the every-man to layout pages, something that was previously the domain of typesetters at print shops. The idea of improving on the cluttered bulletin boards met the new technology and he created FUSAC.”

FUSAC was published on paper from 1988 through 2013, putting out a total of 523 issues and publishing classified ads and advertisements. “It was the Internet before the Internet existed,” says Lisa.

The magazine had four pages – black and white to start with. “For the first few issues we had the printer deliver them to us flat then we folded them in half ourselves using spoons to make the crease. All that to save a few francs!”

If you want to live here, feel comfortable and be able to interact with locals: learn the language, follow the news, politics and football.

“Luckily business picked up and we could afford to have the print shop machine fold them. We also increased pages rapidly, then after a few years added colour. The magazine was chock full of classifieds or small ads for jobs, housing and anything else an English-speaker in Paris could want.”

Advertisements would come in, hand-written and by mail – in script that was often hard to decipher. Then came the fax machine. “I remember teaching new employees how to use that new technology and also having to test their keyboard skills as many didn’t know how to type,” Lisa recalls.

Before the Internet, France had Minitel with connected interactive services, which allowed people to connect to, and pay for, online services. So, when the Internet arrived, to the French it wasn’t so foreign.

The website for FUSAC was created in 1998. “Our computer consultant taught himself how to make web pages – using programming code. He made us our first site. That site was just a one page display of what we did – I remember a black background and golden spheres. Design too has changed since then.”

Starting a website when the web was still “undiscovered territory” was challenging. In the last ten years, the online landscape has changed again. “The biggest challenges these days [are] the fact that people are reluctant to pay for services of any kind,” says Lisa. “You find this phenomenon in all sectors including classified ads. But with free ads you have little customer service and scams can infiltrate the ads more easily.”

How did they overcome this? “We have decided to uphold customer service and try to provide a quality and reliable space for advertisements.” 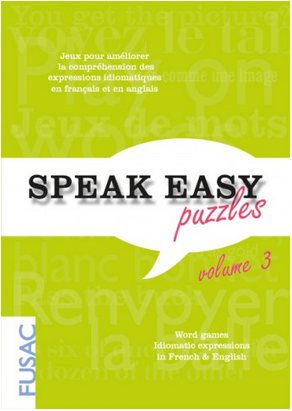 John and Lisa didn’t stop at FUSAC. They love words and word play and so they published puzzles in each issue of FUSAC magazine to give readers something fun to do in between all those ads – and to help them with their French and English.

“Idiomatic expressions are the hardest thing to learn in a language. But they are the most colourful part and full of cultural nuances. Because they express what is familiar, idiomatic expressions are central to everyday language. For example in English we say ‘don’t count your chickens before they are hatched’ but in French the chicken is transformed into a bear. The French expression is: ‘Il ne faut pas vendre la peau de l’ours avant de l’avoir tué’ (literally: you should not sell the skin of the bear before having killed it).”

“In English we say ‘It’s all Greek to me’, but in French the Chinese are the baffling ones (C’est du chinois).”

After quite a number of years, readers asked if Lisa and John had the puzzles in a collection and the first ‘Speak Easy Puzzle’ book was born. They are now publishing volume three.“The first and second books sold like hotcakes (se sont vendus comme des petits pains), and have been reprinted, so we hope this new one does the same!”

Cultural literacy is important for expats

As an extension of this interest, Lisa and John have also published ‘90+ Ways You Know You’re Becoming French’. “The book is a whimsical list of many of the things you do and how you do them that are particularly French. Over the years of being here you adopt certain ones.”

“And then when you go back ‘home’ you find you don’t look through the same eyes, as you are gradually becoming French.”

What have been your experiences with adjusting to French culture? We’d love to hear your stories in the comments below!