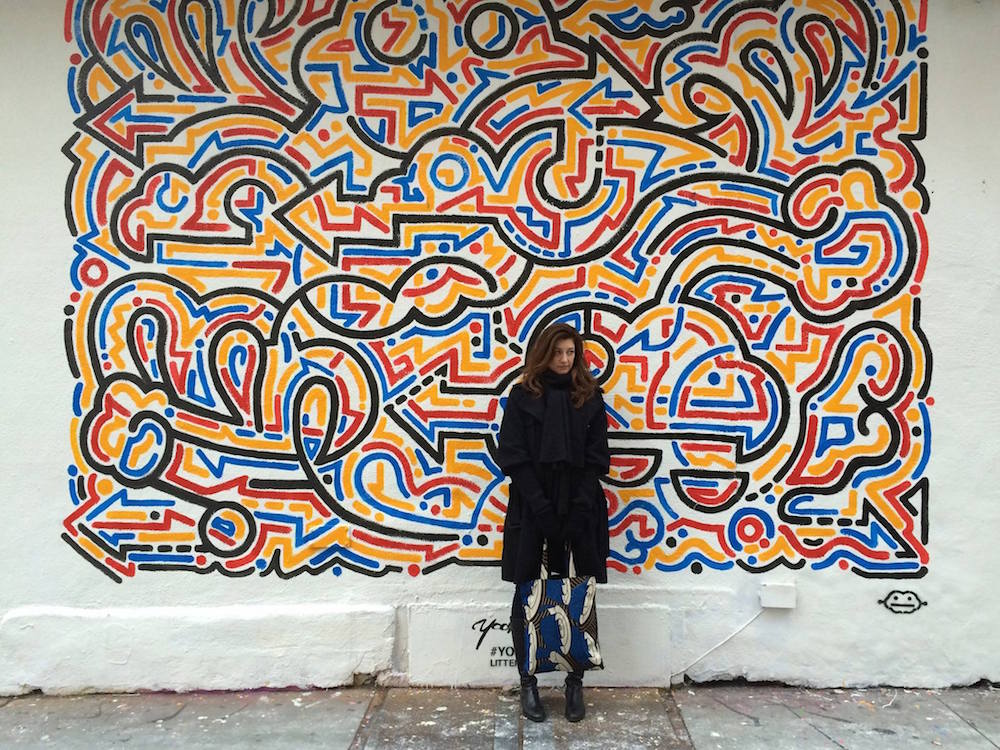 Be inspired by entrepreneur and designer Kasia Dietz 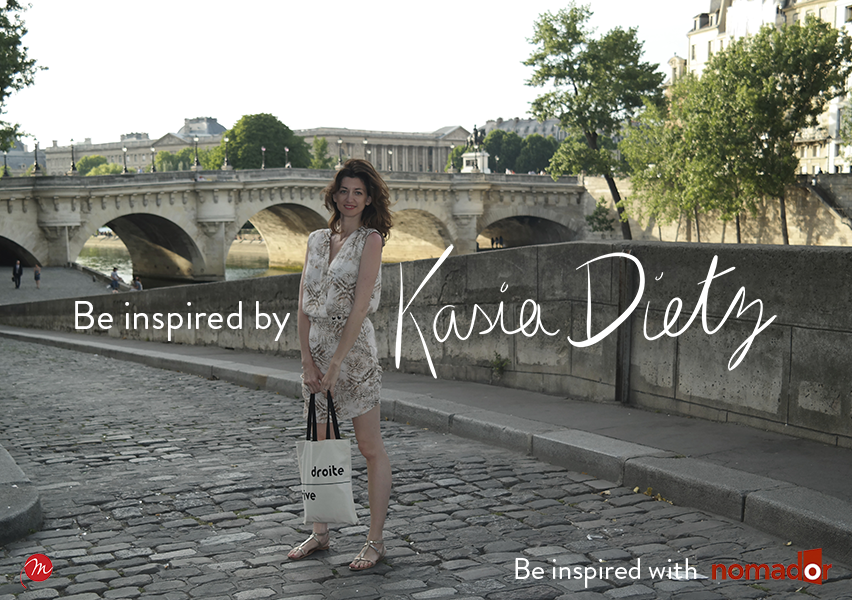 Paris is a city that never ceases to amaze us. We love that it clings to tradition; to heritage, patrimoine, and beauty – not to mention many of the clichés we’ve come to love despite ourselves… But we also love its ability to become something entirely new at the same time.

Many expats, particularly those with an entrepreneurial or creative spirit, have made Paris their home for this reason. With the help of our partner, Nomador, we’ve been seeking out the stories of these people with the aim to inspire – but also to show a different face of France!

As an online, peer-to-peer website for house-sitters and home-owners, Nomador understands the ups and downs – and huge rewards – of stepping out to do something different. Kasia Dietz is one such entrepreneur and creative who has forged her own path in Paris: as an entrepreneur, artist, designer, tour guide, writer – and much more. Come with us as we meet Kasia – and prepare to be inspired! 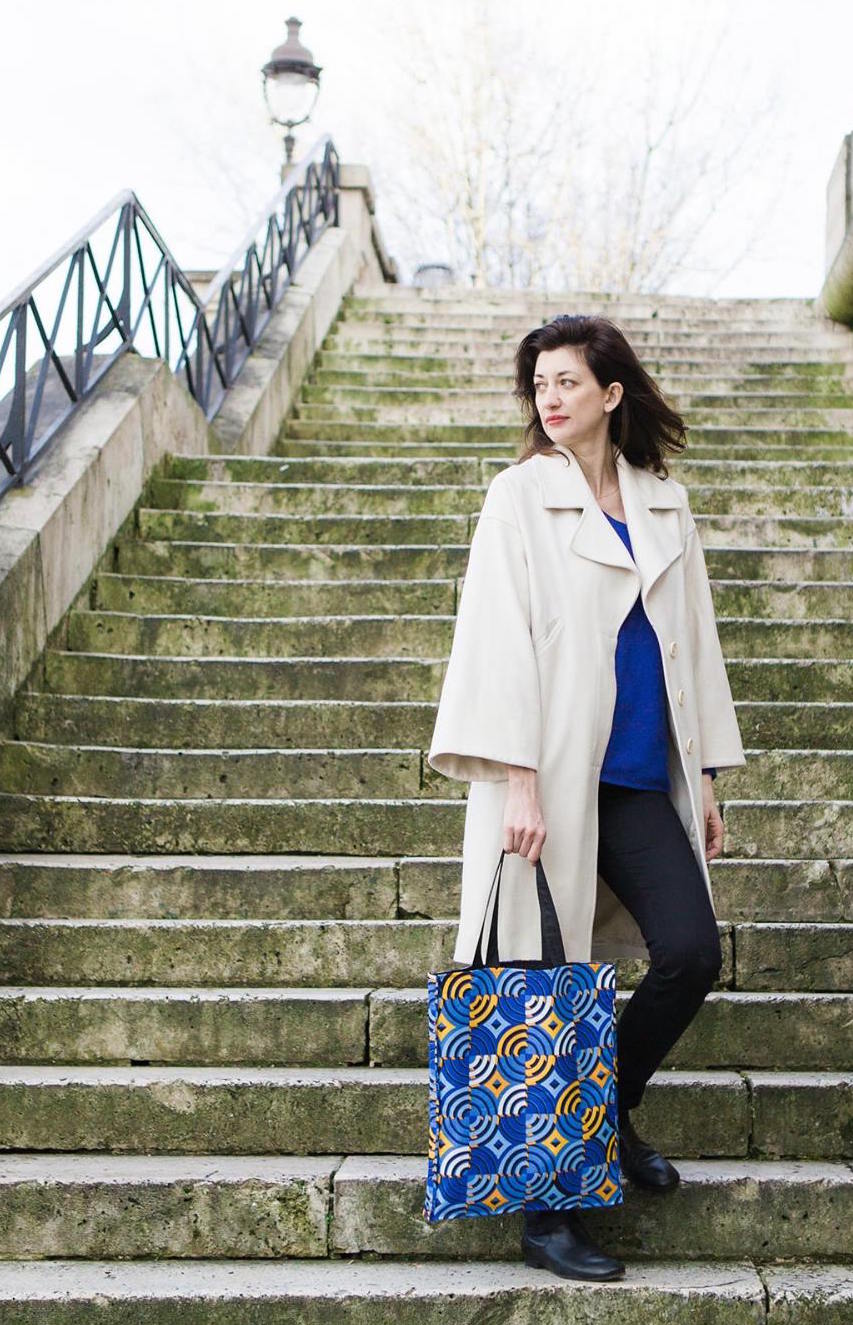 At first glance, you would be forgiven for mistaking Kasia Dietz for une vraie parisienne. She is all refined elegance; always impeccably put together and unfailingly gracious.

Indeed, when she’s speaking en français, the only giveaway is her lively, friendly tone. Although there is a lot to love about the French, it’s a rare thing to come across one who radiates warmth, and makes you feel comfortable immediately.

It’s in this manner that Kasia tells me her story, over a crème and a noisette at JoliDELI, one of her favourite little spots in the Haut-Marais. She is an entrepreneur, creative and designer: creating handbags and holding workshops for people to design and make their own.

A series of fortunate (French) events

“I came to Paris kind of by luck, although I’ve always wanted to live in Paris,” she begins. “I had tried several times in my life to make it here, and then I kind of let it go after some time. Because life happened, and my career happened, and I got busy.”

The series of events that brought Kasia to Paris was rather serendipitous. It began when she took a year off from her career in advertising, to rediscover the “world outside New York”. She visited 32 countries in 13 months – Paris was just one stop on the way.

“I came to Paris kind of by luck, although I’ve always wanted to live in Paris…”

Once back in New York, her company began to offer French classes – she’d taken up and dropped the language before, and decided this time to stick with it. She also took up French cooking classes. “It’s like the universe was kind of pushing me towards this!” she tells me.

The last piece of the puzzle was her husband, an Italian living in Paris, whom she met on the street in New York. “I made a big joke like, ‘Oh you want me to just move to Paris?’ And he was like ‘Sure, why not?’ So I ended up doing that five months after I met him. And here I am, five years later nearly,” she says.

Finding your feet in France

Next, Kasia was determined to find her ‘purpose’ in Paris. She was hoping to use some of her experience from working in advertising, but didn’t settle on a real project for some time. “I tossed around a lot of ideas, about what I wanted to do – almost every day I had a new idea,” she laughs.

When she eventually settled on handbags, the decision was far from arbitrary. In fact, the project had been part of her life for quite some time. The way Kasia tells the story, it all begins with her parents…

“My mom is highly creative – both my parents are. My dad was a writer and my mom is an artist,” Kasia explains, setting the scene. “So at one point in the 70s when she was pregnant with me, she started to design these wooden blocks that she would carve and draw designs in.”

“She printed t-shirts… to sell. And she was in Bloomingdales, Bergdorf [Goodman’s] – all around. And did quite well… And then we were young and so she was busy with us.”

“25 to 30 years later I think it was, I had this idea – I wanted to supplement my career by doing something creative on the side,” she continues.

“Anyone who does their own thing, who lives unconventionally, and doesn’t have a boss and go to an office every day – we’re entrepreneurs, we’re kind of following our own dream, and we’re creating it.”

“I was at home, where I grew up in the Hamptons, and I was printing fabrics with different inks; printing canvas. And then I discovered Mom’s prints in the basement, and I thought ‘hmm, wow, okay! Maybe I should dig these out.’”

Kasia began printing bags with these repurposed wood blocks, using her mother’s designs. “I kind of, brought history back to life. I like that idea,” Kasia muses.

“I would stay after work, and do my lookbook and my photos, and it was great, I mean, I was picked up by some websites, by some Japanese companies – they kept reordering from me,” she says. “I did it as much as I could… [But] something had to give.”

“[Then, in Paris] I was thinking well, what about the bags?” She recalls. “I never really pursued it to a high enough level, and I never had the time. And I still want to discover what more I can do with it, and push myself with that, so I did it. I just sort of blindly jumped into it!”

Kasia now designs new collections of both her signature canvas bags, as well as totes and clutches in a range of other fabrics. She also runs workshops for small groups, in which guests create a canvas tote with a print of their own design. “I thought how much fun it would be for people to design their own with their own idea, and I would just guide them,” Kasia explains.

The workshop lasts three or more hours, with a break for macarons, cupcakes or brunch. Attendees range from travellers to bloggers and French natives – anyone looking for a “new experience” in Paris.

As for the designing and creation, Kasia guides guests through each step, making it “foolproof” – anyone, even those who claim to have “no artistic bone in their body” can create something exciting. “It’s a whole process – so you don’t just get a paintbrush and say ‘go to work!’” she says. “You have to start on paper to figure out what you want, and place it on the bag.”

While Kasia loves every minute of what she does, she understands well the challenges both of being an entrepreneur, and breaking into a new culture and environment as an outsider.

“I think it’s been tough, just kind of making contacts, and getting to know the way things work,” Kasia says of starting her business in France. “I guess, I stand alone in what I’m doing [here] which is nice, but it’s harder to do it.”

Challenges are always part and parcel of the dream of bringing your own vision to life, rather than someone else’s. “Anyone who does their own thing, who lives unconventionally, and doesn’t have a boss and go to an office every day – we’re entrepreneurs, we’re kind of following our own dream, and we’re creating it.”

“It’s been a real adventure,” she says. “I always say: be careful of what you wish for because it could very well happen!”

Discover Kasia’s handbags and workshops, or visit her blog.

Are you an expat who realised their dream for a business venture in France? Share your stories in the comments below.

We love our partners!
This series was brought to life thanks to Nomador: be inspired and amazed by entrepreneurs, creatives and innovators in France.
Image credits:
1, 3-5. © Kasia Dietz.
2. © Catherina O’Hara.