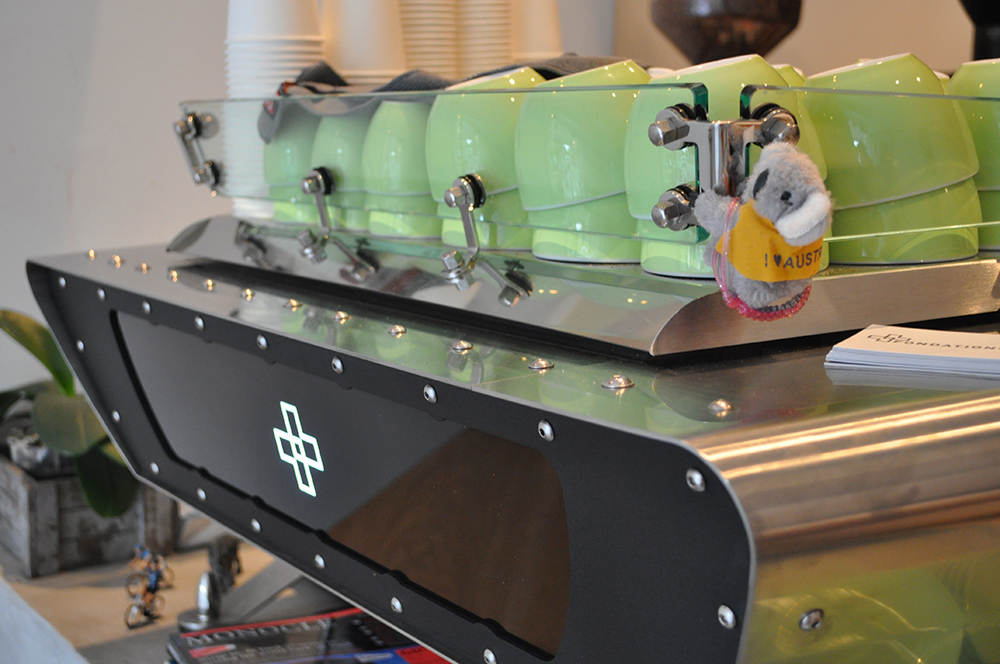 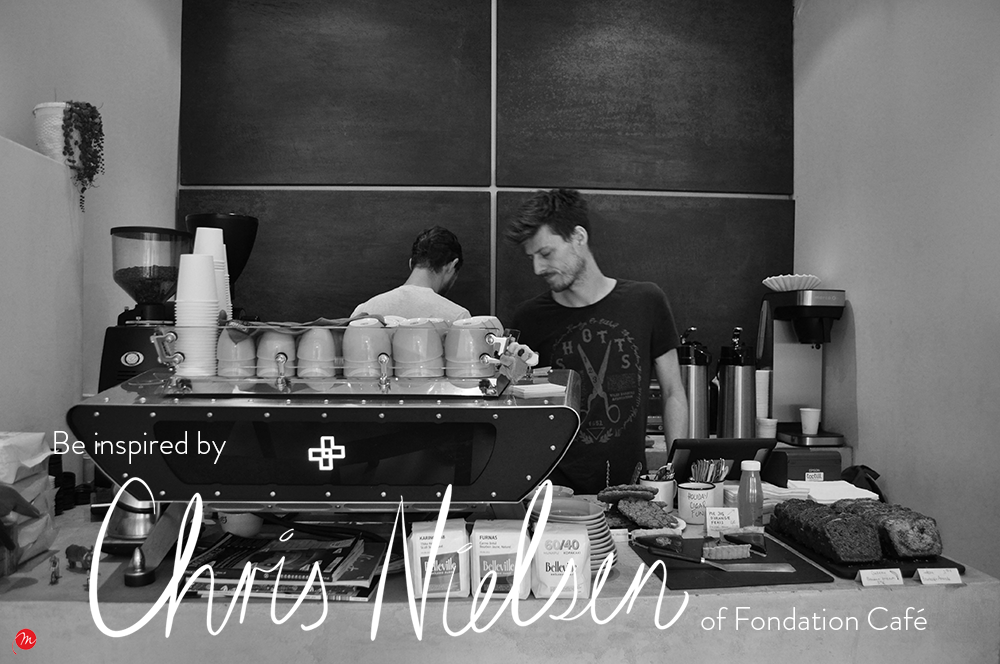 As the co-owner of Fondation Café in the Haut-Marais of Paris, Chris Nielsen is a busy man. The day of our interview he has a million things to do: he is leaving on holiday the next day. Still, we swap level-headed but poignant observations for almost an hour and a half, over several cups of coffee in Fondation’s signature mint-green cups.

For someone who loves to talk so much, he doesn’t mince his words. He doesn’t forget a face and is easy to chat to. He always asks how you are, but never fawns. His friendliness and warmth is matter-of-fact, which makes it feel all the more genuine.

He lights a cigarette every now and then; politely interrupting our chat occasionally to say salut and faire de bises with regulars and friends.

Getting to know the real Paris

The conversation begins somewhere around how he first came to Paris.

“I didn’t know what to expect, so… I didn’t have an expectation. Which I think probably helped me. I’ve met a lot of people who [have] come here for a year, or they’re planning to come for two years, and after a year they’re like ‘oh this is not my thing’, or they don’t like it, and that’s fine – it’s a particular sort of thing.

“Why do people come here and stay? To be honest, I don’t know,” he says. “I think most of them have a romanticised view of what it’s going to be like.” 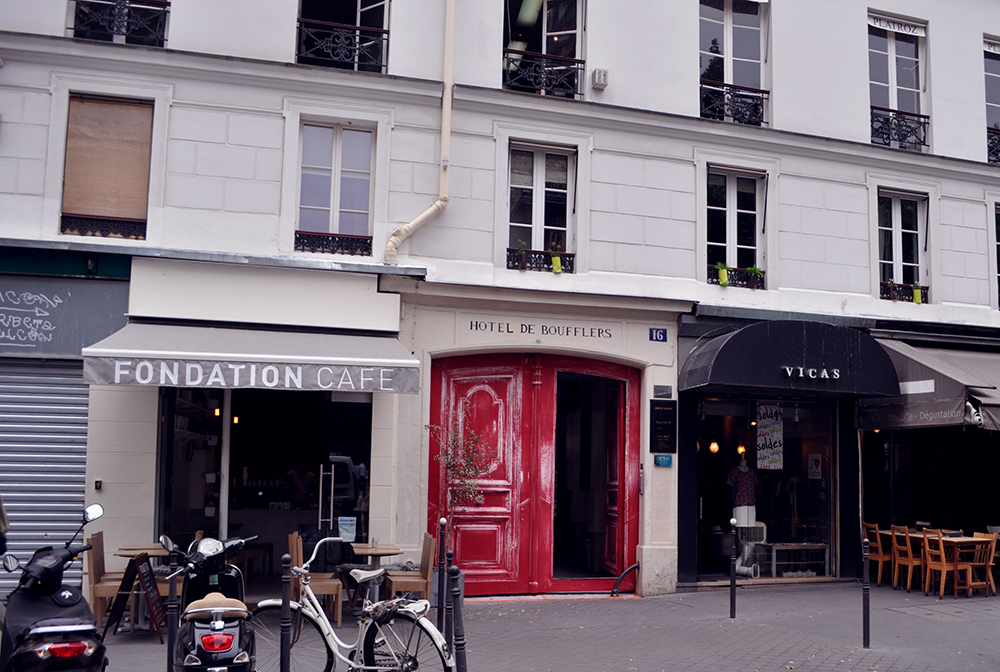 Upon first moving to Paris, Chris was part of the team at KB Caféshop. He then lived in London and Stockholm before eventually returning to Paris with his wife, who is from Sweden.

“We’re a pretty international couple,” he says. “We chose Paris – you know it wasn’t Sweden, it wasn’t Australia – it was our thing as opposed to my parents’ thing, or her parents’ thing. And there was something attractive about that for us, and I think as a result, we’ll probably never leave Paris completely. It’s kind of become our own.”

When he returned to the French capital, he started working for close friend Thomas Lehoux, at the newly-opened Ten Belles. Although he only intended to stay for four months, he ended up staying for 14.

“Ten Belles started picking up momentum, we started getting busier and busier [and] we took on some extra staff… So I stuck around. But [Thomas] knew before we started that I wanted to open a shop of my own.”

Chris finished working for Ten Belles in October 2013, and Fondation opened in November.

“The first four months I was here every day. That was super challenging, but I’m super glad I did it – I don’t think I’ll ever do it again,” he says, the hint of a smile in his eyes – a personal joke to which only he is savvy. “Beyond that, it’s just been a good challenge, you know. I mean I’ve done lots of openings for cafés before, but never as the owner.”

“For me, I’ve always been super interested in business – not just in coffee, but in other things as well. So, it wasn’t such a stretch for me to get there. There are certain things you think about, like the cost of things each time you do it.”

Paying the price of French coffee 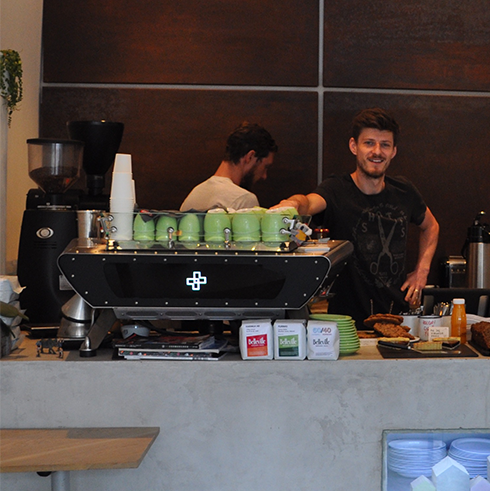 Once the topic of cost is raised, I can’t help but ask a question that’s been on my mind for a while: why does good coffee cost so much in France? In Australia, the average price of a coffee would be less than three euros; even in London a flat white might set you back around three pounds. Here, the most I’ve paid for a good milk coffee is a staggering five euros.

“I think you’ll find that some of it’s cultural, in terms of what has been normal, and then a reluctance to change, in that sort of context,” he replies. “But then also a lot of it’s got to do with the fact that the quality of product that we’re using is much higher.

“Mostly people are open to it, and they understand that what we’re doing is something a bit high quality.

“Because that’s the thing, right,” he continues – onto a good argument. “If you put it in the context of like, wine, for instance, which I guess is the closest comparison: they don’t have any gripes about paying a lot of money for a really good bottle of wine. And so similarly I don’t think they have any gripes paying for a really nice coffee.

…they experience a coffee culture which is far more dynamic and developed than what we have here – yet.

“The trouble is, they have this idea that there are special times for good wine, and then the rest of the time it’s okay to buy a cheap, shitty bottle of wine. Whereas we’re trying to create an environment where we’re like, this is a daily thing, and why would you drink bad coffee if you had the choice?”

But while change in coffee is slow, many other areas of life in Paris are evolving with gusto. “One thing is for sure: this city is getting more and more international. I mean you come like three, four years ago, the amount of people that speak English comparatively now to then has grown a lot more. And the willingness to speak English as well.

“This new generation of French guys that are growing up have travelled a lot more, and are a little more well-versed in all things ‘other’,” he continues. “And that includes coffee culture.

“They go to Australia, or they go to the States, or they go to England – London even, they experience a coffee culture which is far more dynamic and developed than what we have here – yet. And they come back and they’re like, what the heck?

“I know a couple of guys here who now own shops, and opened shops because of what they discovered in other places, and they felt like there was a huge gap in the market.”

Challenges for entrepreneurs in Paris

That being said, when it comes to starting a business in Paris, Chris is definite: “I don’t know why people would want to come to Paris to start a business. It’s a great city, and there’s a lot of cool stuff. But economically it’s not been in the best shape, and it’s expensive.”

“I could’ve gone back to Sydney and started a cafe and made a lot more money than I have here, but it would’ve been…” he trails off, searching for words.

He settles on an idea: “It’s a saturated market,” he concludes simply. “In terms of a challenge for oneself – for us or for me – professionally, it’s been a great thing. And it still affords me the opportunity to make a mark on my profession.

“I feel pretty confident in saying – and not from a point of view of pride – we’re serving some of the best coffee in the city at the moment, and I’m super happy about that.”

Merci, Chris, for sharing your story with us. Parisian café culture continues to fascinate us here at My French Life™.

Have you visited Café Fondation in the Haut-Marais? Share your Parisian coffee experiences in the comments below.