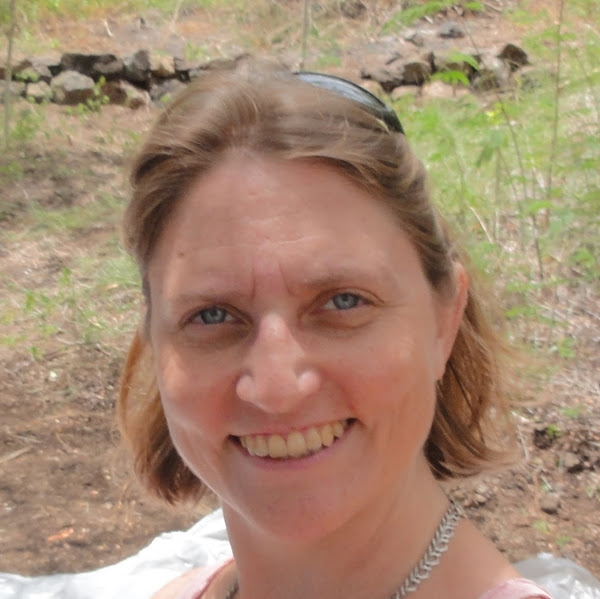 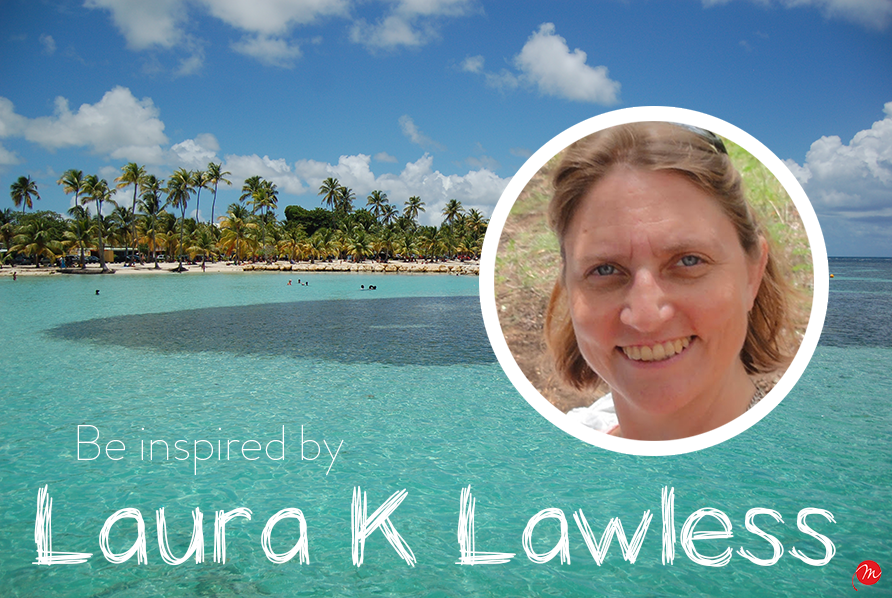 A freelance writer, editor, translator and virtual teacher, Laura Kismet Lawless has made for herself a full time job writing lessons for people who are self-teaching French, which she shares on her website Lawless French.

After working as a French guide for About.com, she quit her job to create her own French language site. We had the opportunity to talk this lover of languages about what was involved in this transition and her life as a Francophile.

As with many people, Laura’s passion for the French language had humble beginnings.

“We had to choose between French and Spanish in high school, and since my older brother was taking French I did too. Unlike him, I was immediately drawn to it, and when I visited France for the first time at 15, my fate was sealed,” she says.

Laura began working at About.com because she wanted to work from home. She decided to teach herself HTML from a book and then started looking for jobs. On the Mining Company’s freelance writing site was an advertisement to be a guide.

“When I saw French was one of the available topics, I just knew,” She says. She applied, and after the company’s name change, she became the About.com French Guide in June 1999.

Laura worked for About.com for 15 years, travelling across the world (from two US states to Morocco, Costa Rica, and France) and meeting her readers. “I met dozens of my readers in real life – they’d send me an email and we’d meet for lunch or coffee. A few have remained close friends.”

“I met dozens of my readers in real life – they’d send me an email and we’d meet for lunch or coffee. A few have remained close friends.”

“I received wonderful messages from people I had never met – many who’d learned enough French to pass an important test or get a dream job, a few who thanked me because they met their spouses in the chatroom or forum, and even one woman who credited me with saving her marriage! She’d married a Frenchman and was only able to overcome the language barrier with the help of my site.”

In Laura’s experience, the most common reason people want to learn French is for work or a relationship. “But love for the language often takes over,” she says.

After such a long stint with About.com, she began to feel creatively stifled. This was when she left her job to launch her website Lawless French “Despite sending out an “Au revoir” newsletter on my last day, I’m still getting emails from people who had no idea I’d moved on, and who’ve just rediscovered me at Lawless French.”

“It’s also incredibly daunting to look at the mountain of essential content I still need to rewrite, but I love making my old lessons better and being able to do interesting things with formatting, like the hidden side-by-side translations in my reading and listening exercises,” She says.

Despite the difficulties, Lawless French has been both successful and rewarding. “Since I started over a year ago, I’ve added at least one new feature every day, and I still have a lot to (re)write.”

“One really exciting development is my partnership/integration with Kwiziq. Visitors to Lawless French will see kwizzes at the end of grammar lessons, and can sign up at the co-branded Progress with Lawless French site in order to track their progress and receive personalized suggestions on what to study next.”

From frileuse to French home-owner

Inspired by Laura’s professional endeavours, we were also intrigued to find about more about her recent move from France to Guadeloupe, where she and her husband built their own house But what made her decide that it was time to make the move?

“It came down to this: I am frileuse – I really don’t like being cold. When we lived in Costa Rica, I often remarked that if it were Francophone, I could stay there forever, so once we realized that Menton still wasn’t warm enough in the winter, we started looking at the Caribbean.” Their moving date was set for 15 October 2013.

Laura and her husband were originally hoping to buy a property in need of work on a big piece of land, with the plan on constructing a few gites. However, they soon found that this was beyond their budget. “We decided to just buy land and build everything.”

Jobless, and with savings quickly dwindling, Laura’s husband spends most of his time on the house. “It’s a huge amount of work, but fortunately, my husband loves it. He works 8-9 hours a day every day, other than the occasional afternoon I convince him to take off.” Being able to depend on the generosity of others helps a great deal; the locals occasionally lend a hand, and Laura’s current landlord is a contractor who is happy to lend them building materials.

Laura’s advice to people who want to own property in France is this: Stock up on patience and money: everything takes longer than you think it will, and everything costs more than you’d like. Buy where you’d like to visit, build what you’d like to stay in. Get to know your neighbours and support local businesses – become part of the community.

Describe yourself in three words

Most difficult aspects of the French language to master? 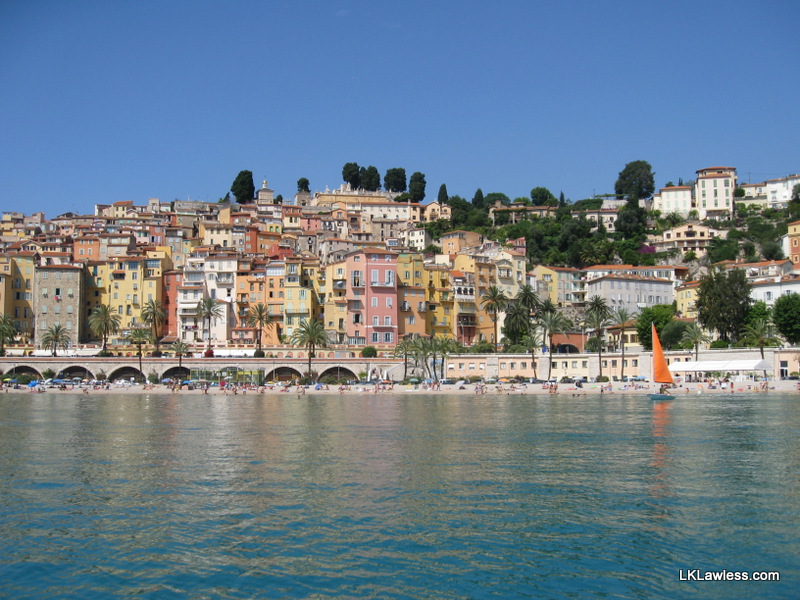 The subjunctive, adverbial pronouns (y and en), and pronunciation.

Common misconceptions about the French language?

That it’s harder than Spanish. They both have their tricky aspects.

To eat: Loving Hut – wonderful vegetarian restaurant near the beach.

To drink: La Loca – fun place to hang out with friends.

To relax: The beach.

To play: On the water – rent a kayak at the Vieux Port and paddle east along the coast into Italy – there’s a beach just across the border (20-30 minutes). Don’t forget your mask and snorkel!

Are you a Lawless French fan? Share stories about your French langauge learning journey below!

All images © Laura K Lawless, except Plage Saint-Anne, via Wikipedia.