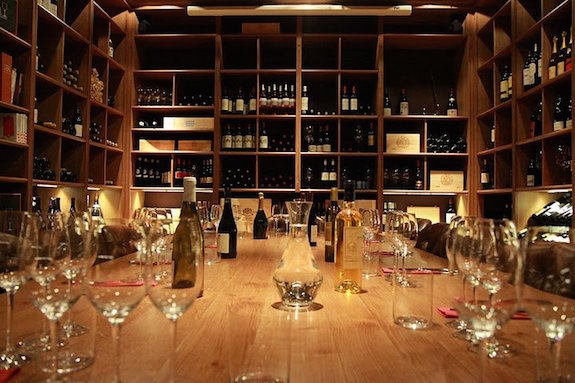 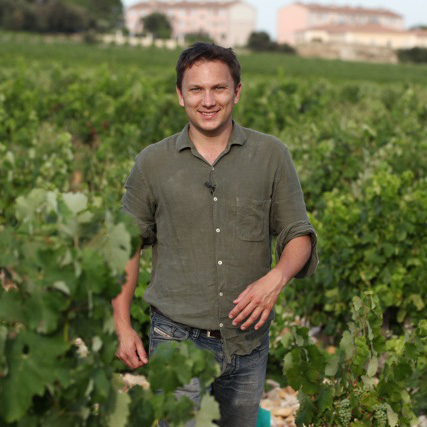 Nine years ago after graduating from business school, Olivier Magny launched his first company around his domain of expertise and interest: wine.

He was aware that the Anglo approach to wine tasting did not exist in Paris, let alone in France, and that there was an opportunity for him to combine both his passion and need to make a living. While studying, Olivier had met Nicolas Paradis, an engineer, who was to become his associate in this venture.

Now, the pair run the successful Ô Chateau, and are set to launch a new wine experience on their premises at the Hôtel de Trudon due to open in October 2015.

Make your own French wine in Paris

Hôtel de Trudon, former residence of the sommelier of Louis XV, is immense. The vaulted cellars are 800 square meters. For a year, the vaults have been entirely renovated to fulfill the young entrepreneurs’ breakthrough project, and it is about to open.

It will be a one-of-a-kind spot – not only by continuing the previous activities of the company (which has already received an award of excellence from ‘Wine Spectator’) but by implementing new ones. Among them is a total French wine experience open to all: not only wine tasting, but wine making!

With the help of tablets and a website specially designed for that purpose, visitors will move their way through five of the vaults dedicated to the five senses of wine tasting, and be able to create their own wine, label and bottle delivered to them at the end of the visit. Visit the Facebook page to read more about the experience, illustrated by beautiful photographs.

In 2006, Olivier and Nicolas opened a place near République in Paris called the Wine Loft, where wine-tasting classes were organized for groups and companies – in English. It was a time when this kind of business was not so popular yet. Even though it was quite profitable from the start, the task was not easy. Regulations for transporting liquids was just one of many barriers.

Olivier felt as if he was at a dead end.

The business and the morale were quite low. Around three years later, he had a brilliant and innovative idea to start a humorous English-language blog on Paris, called ‘Stuff Parisians like’. He was such a pioneer that success was immediate – so much so that it became a book! He was becoming famous, and it was time to move on.

While Olivier was expanding his company, writing books and travelling, Nicolas joined to help take care of a new establishment in the center of Paris: Les Caves Voûtées. Thanks to Olivier’s blog, the concept had acquired visibility and credibility, and at this stage, the wine-tasting business took a new turn. It enabled them not only to make a living but to save money in order to realise a bigger project.
In 2010, not far from Les Caves Voûtées, on rue Jean-Jacques Rousseau, Paris 1er, they found a new premises. They had a dream and they renovated it in that respect.

It would be elegant (with marble counters), they would serve great wines (40 Grands Crûs) by the glass, they would organize events. People could also just stop by and enjoy a glass of wine and eat. It was called Ô Chateau. It would not only target English-speaking visitors but also French companies (they form 70% of their clientele these days).

After five years, Ô Chateau is open all year round, with three to seven wine tasting sessions every day. Activities have even expanded to cruises on the Seine and tours in minibuses for foreign visitors, eager to know as much about Paris or wine estates as about French wines. 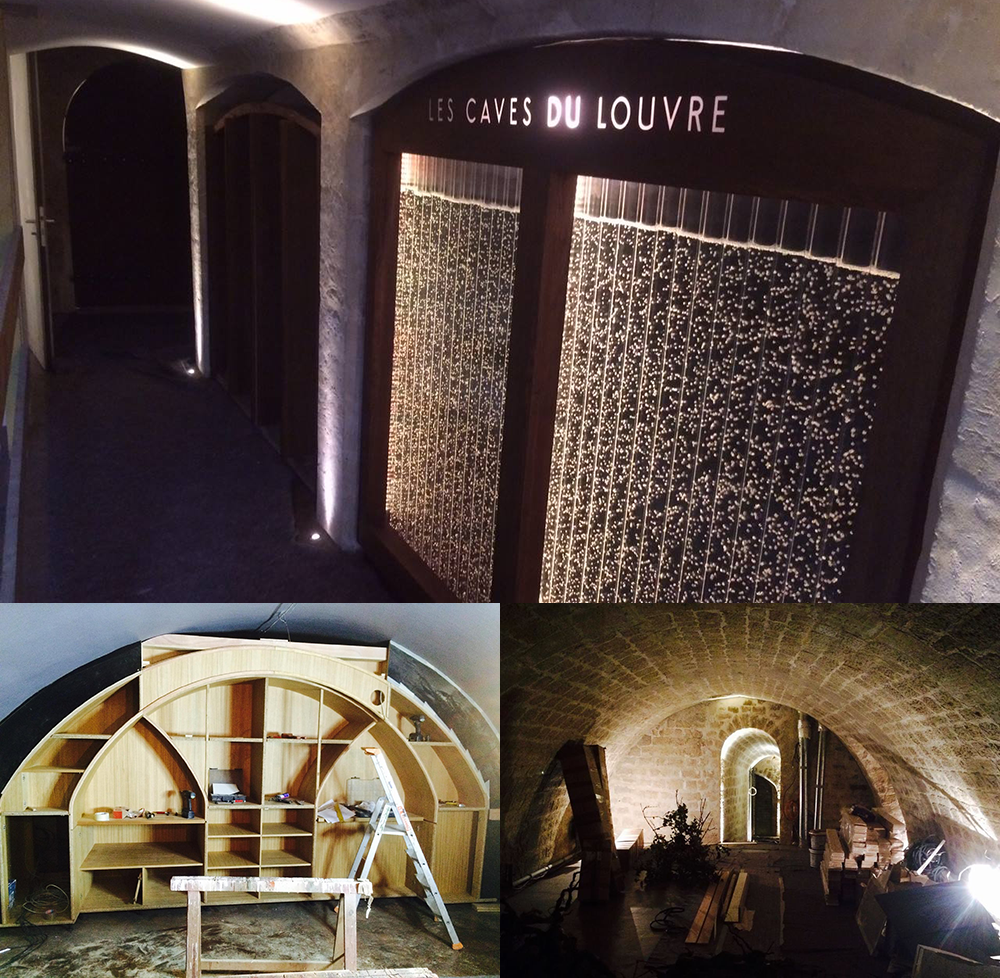 The success story could stop here, but it doesn’t. Olivier and Nicolas had a bigger dream: Les Caves du Louvre. This venture brings them back to their premises at 52 rue de l’Arbre Sec – originally Les Caves Voûtées.

It goes without saying that Olivier and Nicolas could have continued to live comfortably and happily with the company as it is now. But wine is art; wine is passion; wine is creativity and imagination. This had never really so concretely occurred to me before I found out about Nicolas and Olivier’s story – their passion, commitment and the outstanding way it has been brought to life.

Have you visited Ô Chateau? What French wine tasting experiences have you had? Let us know in the comments below!