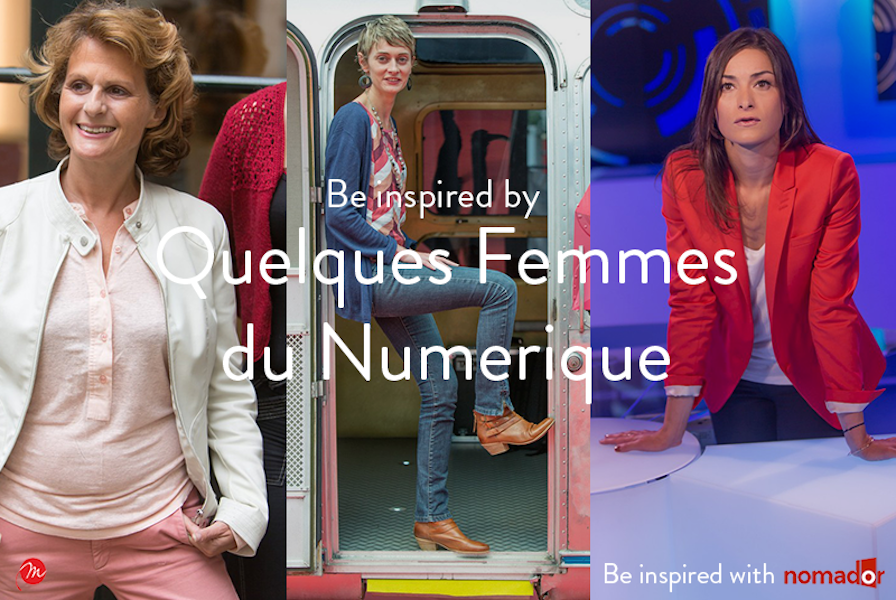 Here at MyFrenchLife™, we love to be inspired by the amazing stories of entrepreneurs, creatives and innovators doing fabulous things in France. And, our partner Nomador feels the same way!

As an online, peer-to-peer website for house-sitters and home-owners, Nomador understands the ups and downs – and huge rewards – of stepping out to do something different. The modern world offers so much possibility for new businesses, initiatives and trends. Although at first glance France might not seem like the centre of innovation, what with their love for tradition, heritage and le patrimoine, there’s a lot happening that might surprise you…

That’s why we were so intrigued to hear about ‘Quelques Femmes du Numerique’, an initiative brought to life by Marie-Anne Magnac and Olivier Ezratty. Their project is dedicated to challenging norms and breaking boundaries, to shape future generations of French women – and men- and how they see their roles in the workforce.

Our Editor-at-Large, Hannah, sat down with Marie-Anne and Olivier to hear more about the project –  and discover another side to France… 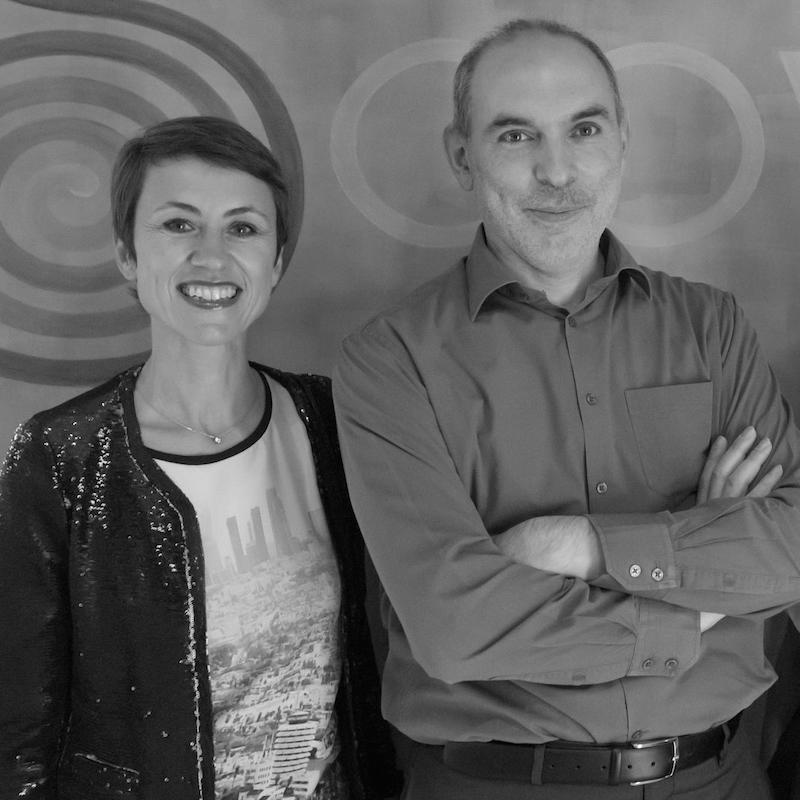 When I met Olivier Ezratty and Marie-Anne Magnac, founders of the initiative ‘Quelques Femmes du Numérique’ (QFDN), I encountered a mindset I’d begun to notice more and more amongst the French.

From my experience in Anglophone countries, when it comes to talking about the role of women – about gender equality and everything that comes along with it – most of us would happily avoid the topic.

Yet each time the subject was raised with a French person, their response was overly pragmatic. They seemed to take gender equality as a generally understood fact – something that should simply be, rather than something that needs to be fought for. Marie-Anne and Olivier struck me as two such people.

On their website, QFDN is described as a “photography project” with the aim of “contributing to the construction of role models that break down stereotypes – notably those surrounding the masculinity of technical jobs.” It also aims to demonstrate the wide diversity of jobs and showcase the efforts of women in the technical sector: to both men and women, and especially young people.

French women in business – better off or falling behind?

Despite my own assumptions of how the French perceive and support women, when I ask Olivier and Marie-Anne their opinions, they believe that the French are doing worse than other countries. “If you look at the tech industry in the US, the CEOs of IBM, HP, Yahoo, Xerox are women,” Marie-Anne explains. “Number two of Facebook, Sheryl Sandberg, as well. So it’s really big, big, big companies. If you look at the CEOs of the… ‘quatre-quarante’, the big companies in France, no women.”

“It’s a larger message to young people; to say digital is a place where you can be yourself.”

Had I misinterpreted the attitudes of the French people I’d discussed this with? And where does that stereotypical image of the ultra-cool, strong, nonchalant French woman fit in? Perhaps she is what we always suspected – a myth. As we know, liberty and equality are very important to the French. So, how do we reconcile all these contradictions?

Marie-Anne gives a hypothesis: “We don’t let the women rise, even at school; they don’t rise up. It’s the same in politics. They’re not there because we don’t allow them to rise. That’s why I think it’s really linked to our culture.”

“We are really rude with women,” she continues, citing various incidences in French politics where women have been vilified by their male counterparts (the ‘poule’ incident in the Assemblée Nationale, Cécile Duflot’s ‘robe à fleurs‘, and the ‘Madame le President’ uproar).

However, the issue goes much deeper. As Olivier explains to me, we make various assumptions about what a woman does at face value – that she’s a hostess, a teacher, or working in HR. “But actually she’s a CEO, she’s German. She’s a CEO of a cloud security company; kind of technical. She has a business background; she has a co founder who’s the CTO of a very technical company. And she’s quite young as well,” he offers as an example.

This is where the danger lies: in unnoticed, unchallenged stereotypes. And this is what ‘Quelques Femmes du Numerique’ is all about: challenging stereotypes and showing that, oui, young, beautiful woman could be the CTO of a very successful startup, or the design lead in a large company.

“There’s a lot of initiative around women in tech,” Olivier continues. “If you look in Paris we have Girls in Tech, Girls on the Web, Femmes du Numérique. Many events: each March there’s a gathering, a couple of 100 people – there are many, many such events.”

“The problem is, it’s hard to communicate beyond women; beyond those who are already in that space.” 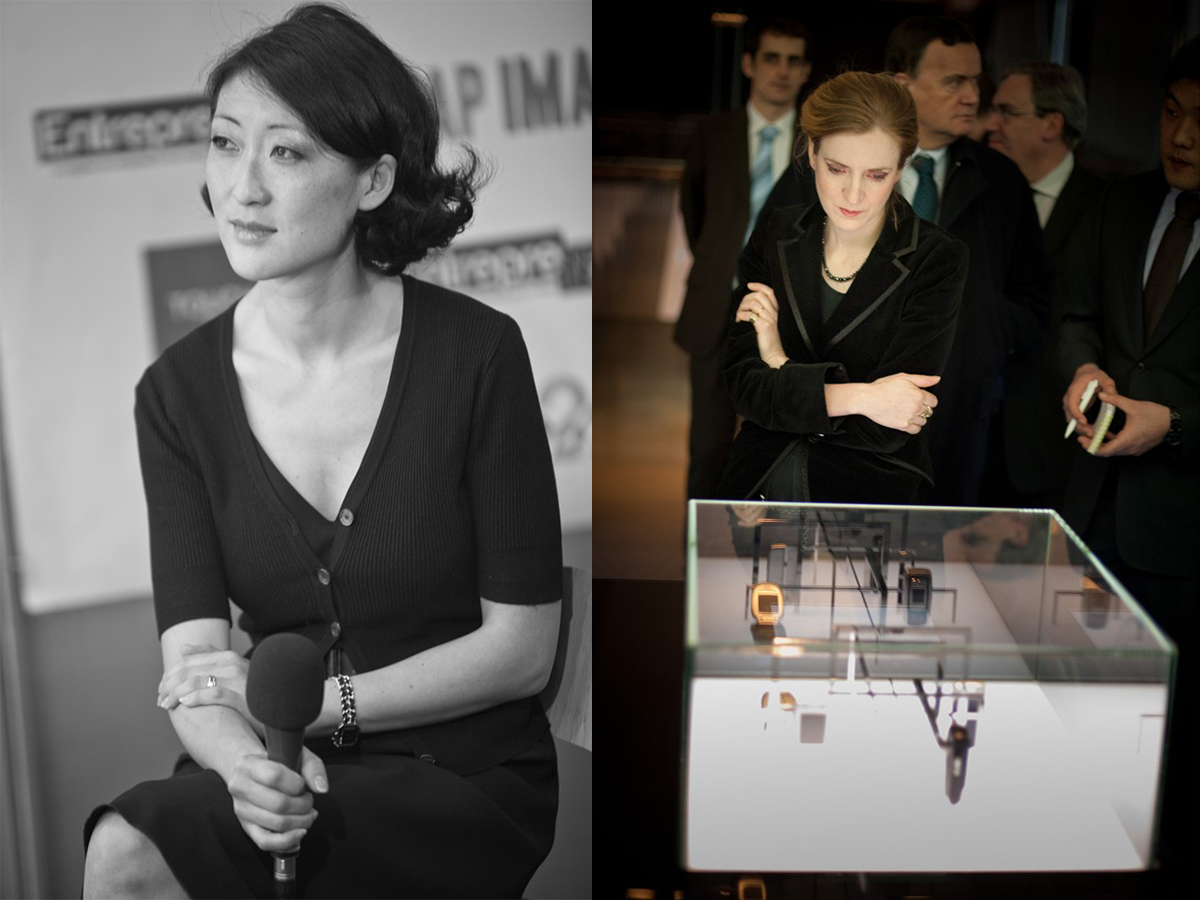 Stopping stereotypes in their tracks

Marie-Anne and Olivier believe that the key to this issue isn’t even in going beyond the tech community – it’s communicating to the younger generations. By not allowing these generalisations and stereotypes to take root amongst the young, we stop them from continuing to propagate.

Their idea is that by giving the photographs from their project large exposure – everywhere from education fairs with 500 000 attendees to advertising in the metro – they can start to break down the assumptions that are allowed to grow when left unchallenged.

The series has featured women from all kinds of backgrounds, from high profile figures like Fleur Pellerin, to young, up-and-coming entrepreneurs, developers and artists.

Changing the way we see women

QFDN is as much about changing people’s perceptions of women as changing women’s perceptions of themselves. Women, says Marie-Anne, are “restraining themselves because they’re not meant to go there” – that is, they’re ‘not meant’ to work in these industries or roles.

Having taken the portraits of over 450 women, Olivier and Marie-Anne observed a commonality between the majority of their subjects: a reluctance to be specific about their experience and achievements. Each photograph is accompanied by a short bio, and Olivier said it was difficult to get the women to go into detail about what they’d done. “When a woman in the project is talking about her past, she’s very fuzzy. She will say “I was in marketing for software, in American soft operations.” Okay, but what job did you have? Which company? What responsibility did you have?” 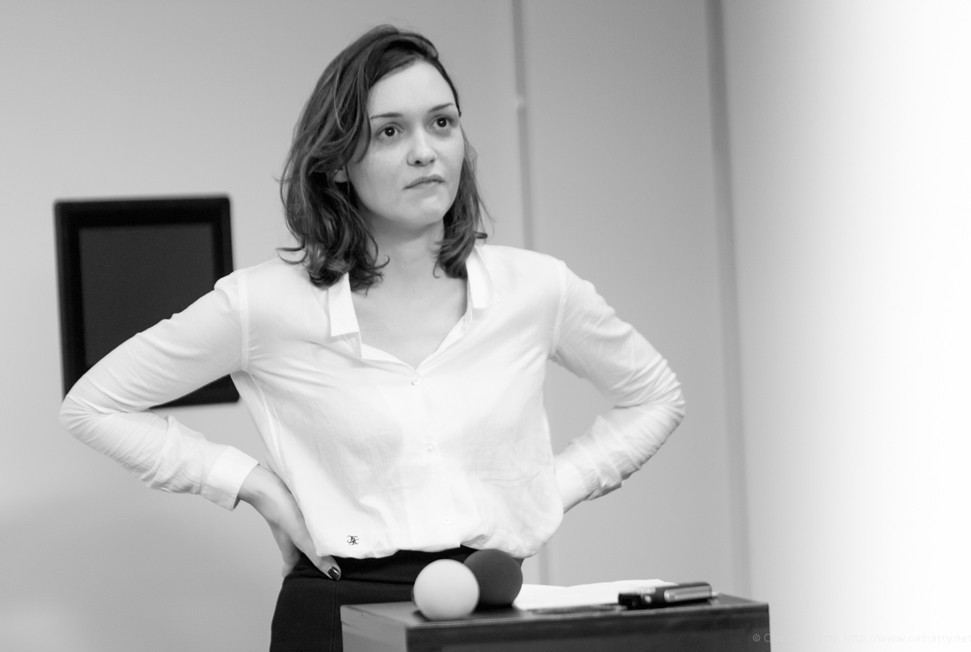 By providing role models for young people, by showing them that fields like tech are interesting and fulfilling – and not just for “geek guys” as Marie-Anne says – they’ll be more encouraged to take that road themselves. It’s the silent assumption that girls aren’t interested in certain things (like technology, science, business, finance) that stops change in its tracks.

“So sometimes I explain it even beyond the fact that we need more women in companies: just hire somebody who doesn’t speak French, for example. Get a woman, get more women, get a technical woman. Get somebody from outside France.”

“It’s like the McDonald campaign, ‘Venez comme vous êtes’,” Marie-Anne offers. “And it’s a larger message to young people; to say digital is a place where you can be yourself.”

Have you noticed more females taking the lead in male-dominated fields? Have your say below!

We love our partners!
This series was brought to life thanks to Nomador: be inspired and amazed by entrepreneurs, creatives and innovators in France.
Image credits:
2. Marie-Anne & Olivier, via RSLN.
All other photos © Olivier Ezratty, via QFDN.