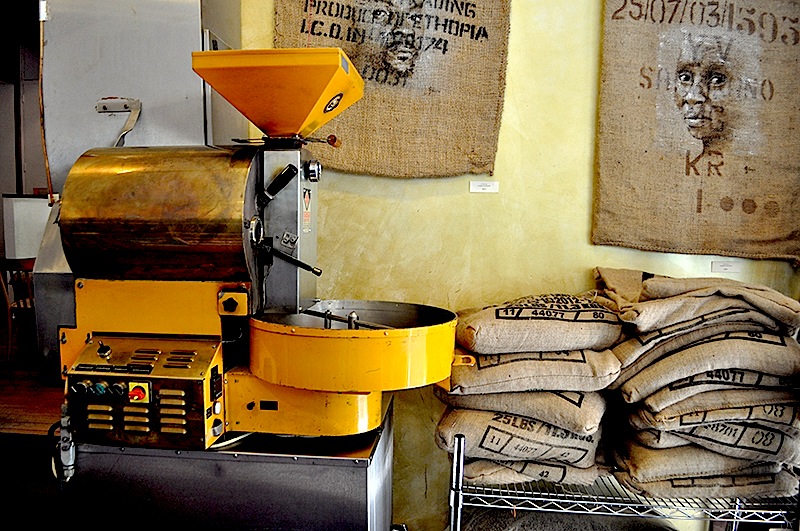 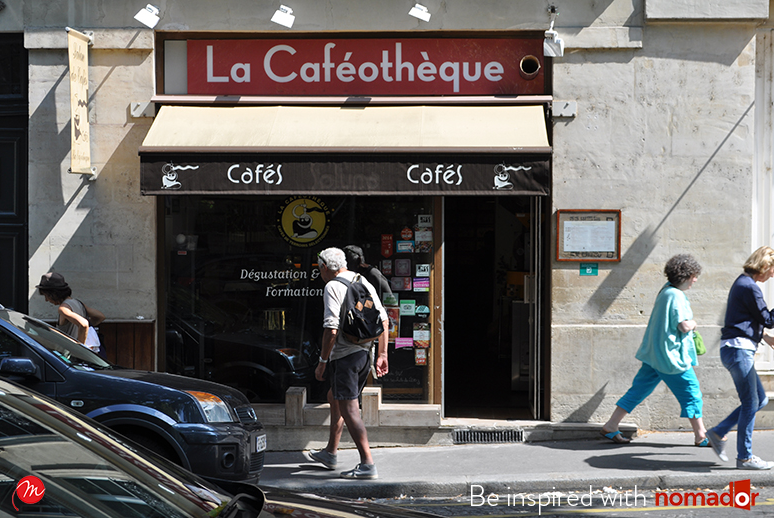 Paris is a city that never ceases to amaze us. We love that it clings to tradition; to heritage, patrimoine, and beauty – not to mention many of the clichés we’ve come to love despite ourselves… But we also love its ability to become something entirely new at the same time.

We’ve been intrigued with the revolution of coffee culture in Paris for some time now – something that challenges but also complements the French way of life. At the forefront of this new wave of coffee purists and enthusiasts is La Caféothèque: the first café of its kind in Paris, and named as one of our top ten cafés in the French capital.

As an online, peer-to-peer website for house-sitters and home-owners, our partner Nomador shares our passion and curiousity for those stepping out to do something different. Come with us as we meet an inspiring young entrepreneur, Christina Montenegro, daughter of Gloria, the founder of La Caféothèque. 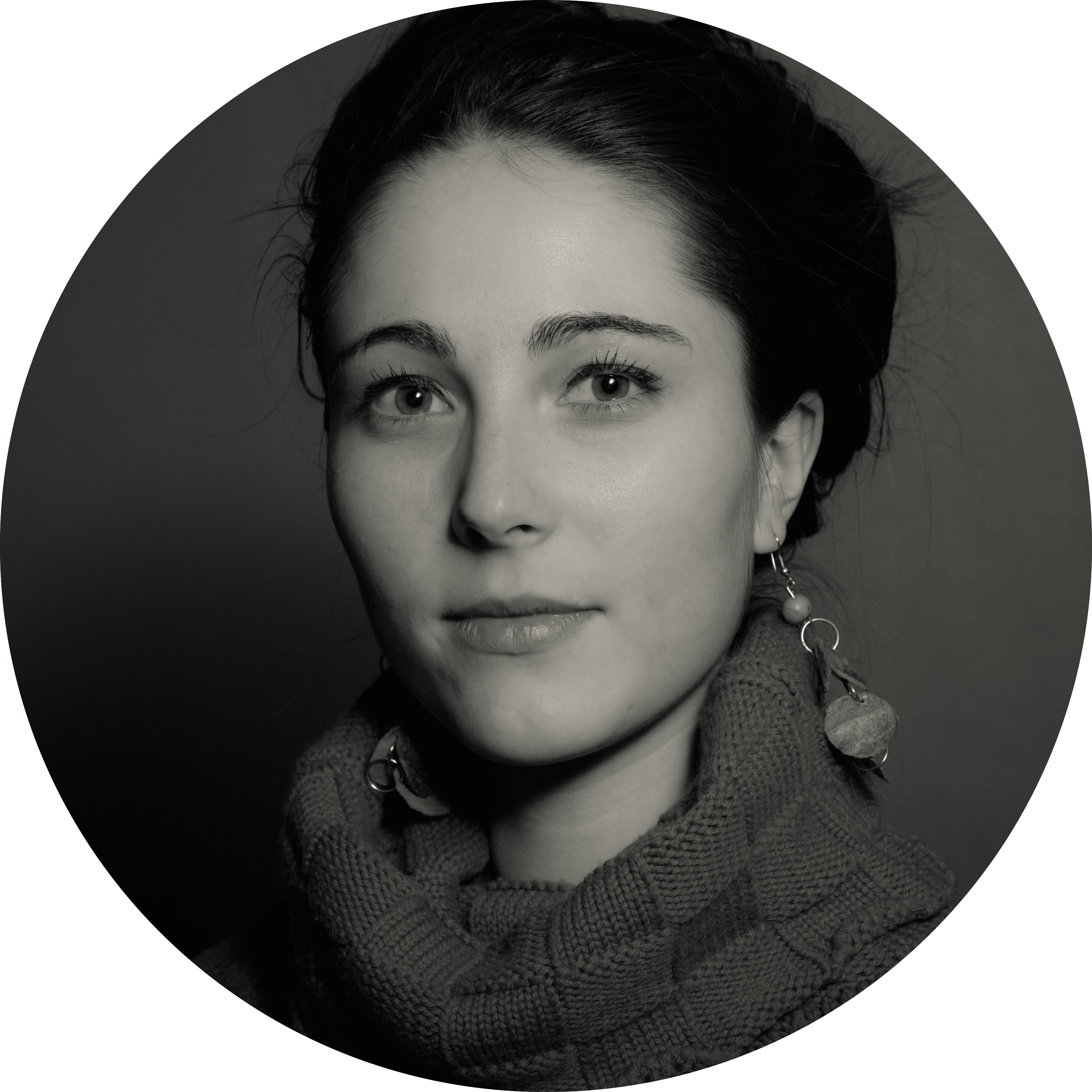 When I arrive at La Caféothèque during the late morning, a few French customers who I assume to be locals and regulars are dotted around the café.

One is a singer of some kind, rehearsing an aria in muted tones, gently tracing each phrase through the air with his right hand. A young French man and woman chat hurriedly and animatedly with the staff behind the counter; two refined, middle-aged women relax into large couches, each with a café express.

“People can feel at their ease here,” says Christina Montenegro, daughter of the café’s founder Gloria Montenegro. “We have a lot of people from the neighbourhood, which is a nice neighbourhood… From the Marais, or the Île-St-Louis.”

Though they are locals, the crowd is many and varied: they are artists, professionals, expats, Anglophones and French people. “It’s very diverse, actually. We have students, we have very rich people, very poor people – it’s like very…” Christina trails off, and I offer the end of her sentence: “Democratic?” 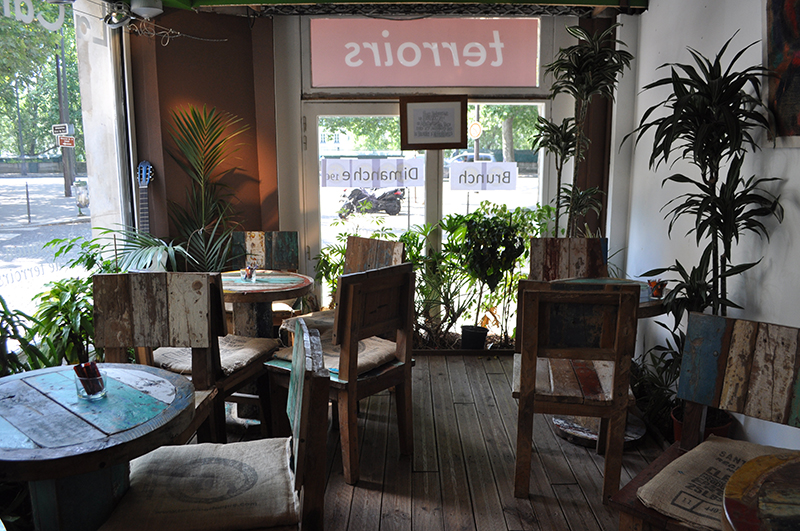 A truly French café in Paris

This is, in part, where Caféothèque differs so much from other cafés focusing on excellent quality coffee. For purist Francophiles, it’s the place to go for a great cup of coffee and an authentic slice of French life.

Christina explains that this comfortable, localised personality is in part thanks to the fact that Caféothèque came from a very different place than many of the other ‘new wave’ cafés in Paris. “My parents, they created this when my Mum was like 58… They’re not 40, they didn’t have a decorator – it’s a family business, and I think many people feel at home.”

The café’s origins lie in an association named ‘Connaissance de Café’, started by Christina’s mother Gloria. Before life in coffee, Gloria had been an architect, ecologist, and then The Ambassador for Guatemala in France from 1996 to 2000. “She always says that in coffee, she really found herself,” Christina explains as I sip a noisette made from Caféothèque’s café du jour. “She has a very good palette, so she really feels the coffee; she understands it.” 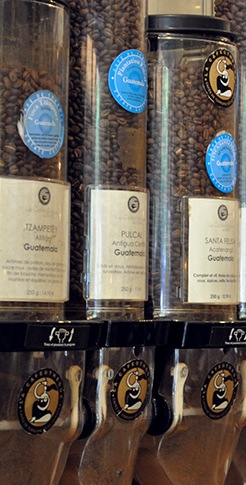 During the time Gloria was an ambassador, there was a coffee crisis in Guatemala. Vietnam had become the world’s largest coffee exporter simply by dropping their prices, and this was putting huge strain on the Guatemalan industry.

“In Guatemala, it’s very important – the coffee. A lot of people were abandoning their plantations, you know, and going to the States, or emigrating ‘cos they couldn’t afford to have their coffee,” Christina says. “They were losing money. In the coffee countries, it’s very expensive to have a coffee plantation. So that was like the beginning – she was interested in that.”

“The aim of it was to prove that coffee doesn’t need to be blended. Like, real coffee is from one plantation, a single estate,” Christina continues. “Generally, [the French] blend coffee to balance acidity or… to eradicate bad tastes.” The French practice of combining coffee blends is quite common, in order to balance acidity, and cover up bad flavours in the coffee.

…That’s what I like; how [you can] make coffee ‘speak’, and express itself. It’s so complex; it has so many different personalities.

In fact, single origin coffee is still a relatively new phenomenon in France. As Christina explains, good coffee, with a strong sense of terroir should be the norm. “That was the main mission of Connaissance de Café; defending those single estate coffees. They don’t need to be blended; they don’t need anything else, just [to be] treated well.”

“So we started importing coffee – it’s really a family business, so at the beginning we just had one employee, and it was just this part,” she indicates the small but bright space we’re chatting in, overlooking the street. “And then I started making cultural events around the coffee world, so around the coffee countries, around the coffee in general… And then we became bigger, and we started [offering] classes [in] a real coffee school.”

The coffee course at La Caféothèque spans one week, including 30 hours of classes. They cover topics from ‘coffee-ology’ (understanding the history, geography, trade and more) to tasting, barista classes, and latte art. Christina explains that an overwhelming majority of those who take these classes are people looking for a career change; a way to get out of the office. The crowd is diverse: lawyers, biologists, people working in IT – to name a few examples.

“They just want to do something interesting, new, and they know that in coffee there’s so much to explore, you know,” says Christina. “And most of them have travelled, you know, to English-speaking countries; they have seen the coffee culture, and so they’re trying to create this in France.”

The status of coffee in Paris

In fact, many of those now at the front of some of Paris’ most successful new-wave cafés have passed through La Caféothèque, either taking part in the course, or as employees at the café. “So, actually we know everyone!” says Christina.

She explains that these other new cafés, based on trends coming from Australia, New Zealand, Canada, the USA and beyond, have helped to open up France to the idea of a different kind of coffee culture. Even the chains have helped Caféothèque’s cause: “All the Nespresso publicity, and even Starbucks – which is not a good coffee, but the vocabulary they used, and of course the means that they have… They can make people conscious about how coffee can be really good, and how you can take coffee to enjoy it; you can concentrate on the taste.”

Will the French ever learn to love ‘good’ coffee?

“I think people in France are really interested in that,” she says. “They give a huge importance to taste, and there’s a lot of parallel with the wine world, so people really understand that actually. So it’s just that you need to communicate, you need to speak about it.”

“Coffee, for me, is really like – it’s what it makes you feel every time,” she says later in our conversation. “You know, every coffee is different. For me, what is amazing is how coffee can change with the different methods. One coffee, okay, it can be roasted in 10 different ways, you know? And it can be prepared so differently too; it can express so many things. That’s what I like; how [you can] make coffee ‘speak’, and express itself. It’s so complex; it has so many different personalities.” 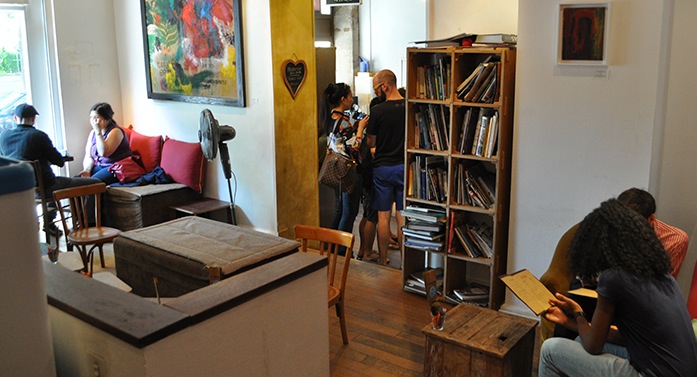 As she says these words, I imagine then that coffee isn’t too far removed from the personalities of the French: a complex culture, people, and history that never ceases to surprise us. So, it seems the French are ready to fall in love with good coffee – they just don’t know it yet.

Pay La Caféothèque a visit at 52 Rue de l’Hôtel de Ville, 75004, or say bonjour to Christina and the team on Twitter @LaCafeotheque or Facebook!

Have you visited La Caféothèque? What did you think? Where is your favourite spot for coffee in Paris? Tell us in the comments below!

We love our partners! This series was brought to life thanks to Nomador: be inspired and amazed by entrepreneurs, creatives and innovators in France.
All images © Hannah Duke.